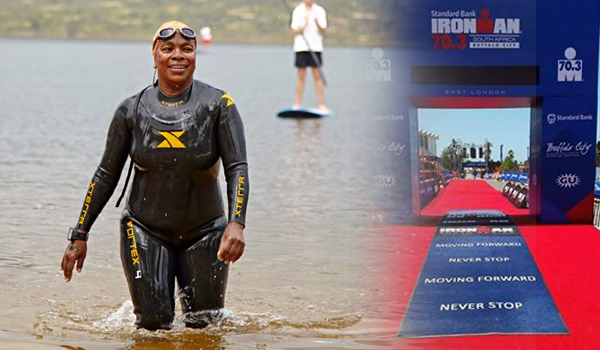 Sadly I once again did not have the privilege to run on the magic Red Carpet… I still didn’t see the Unicorns… Paul Kaye did NOT scream my name and say “ESTHER!!!!! YOU’RE AN IRONMAAAAÀAN!”…

To all my friends who made it and got to run on that magic Red Carpet : Well Done Guys!!!! You are IRONMEN!!!!!! An AWESOME JOB done on a tough Day!!!

To the rest of us who didn’t make it… I hope you’ve spent some time crying… ’cause I know your hearts hurt… and when we hurt… we have to cry… we are designed to heal that way.

No matter what encouraging words our friends gave us on the day, that feeling of not being awesome enough on the day would just not go away.

I believe that this is because the Ironman journey is a journey of self… and only you can make you feel better about not reaching your goals. Only once we can accept that we were not as awesome as we believed we could be, then we can overcome the feeling of disappointment and grief.

Someone told me with tears rolling down her face “But everyone told me I was going to make it!”

The question is, did we believe we were going to make it?

I believed I was ready this time… but maybe I was still not skilled enough? I had a good swim in really tough conditions and I thought I was doing just fine on the bike! However, the magic Red Carpet wasn’t destined for me this time…

I don’t know why or what lesson I’m to learn from this… hopefully it will all become clear in good time! Maybe I just need to have more Patience! Whatever the lesson… we have to be like the Phoenix and rise from the ashes! We get to live and TRI another day!

For those of you who haven’t reached this point yet… when I started this journey (in 2013) I attended a workshop at SSISA… I don’t remember the presenter’s name because he made himself seem less important than his predecessors… but in the end he was the most awesome dude!

He brought up his KvA chart (KAK vs AWESOME). The important lesson was that we have to ensure that we have More AWESOME in our lives and less KAK. So yes… not reaching the finish line on the 25th of January was KAK… there is No doubt about that! However, over the last 6 months I had the most AWESOME journey! I met great people and it was Awesome to see my fitness improve… I could see improvements on my swim times and I saw some huge improvement on my bike times!

I even got to enjoy the rides and started looking forward to my weekend long rides… yes… I learnt to love the Bike… it still needs some work…. but poor Sally (my bike!) will just have to endure as she will probably have to get out a lot more this year!

So… draw your KvA chart… and see how much more Awesome than KAK you have in your life! I had 1 KAK day… so my chart does not look too bad! 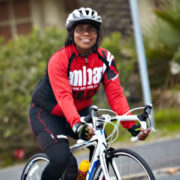 After successfully completing multiple Comrades Marathons Esther Patience set her eyes on IronMan. She has been training consistently since 2013 and dreams of the day she’ll get to experience the magic red carpet.

Train your brain: A Guide to Mental Dominance at Ironman