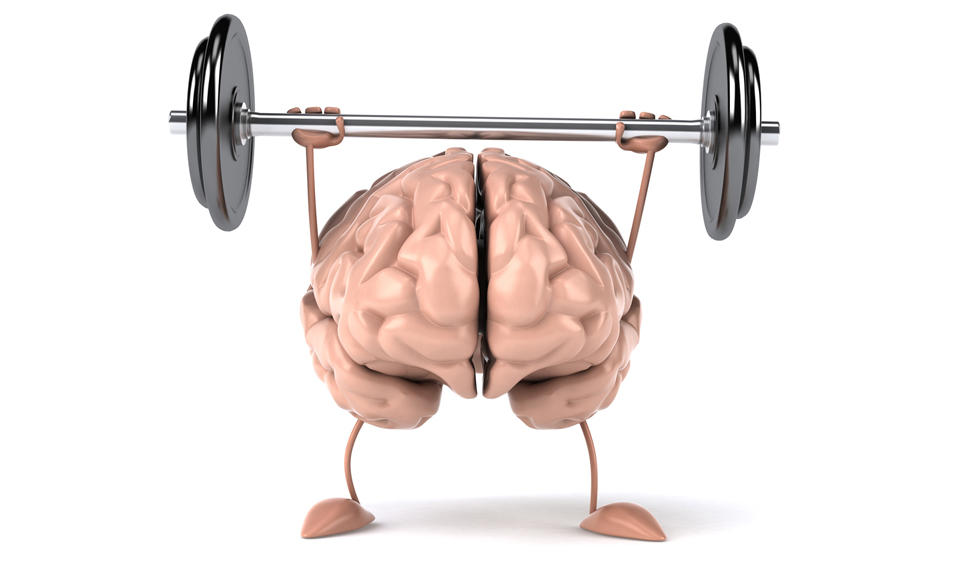 In 1954, after trying and failing time again to break the elusive 4 minute mile, John Landy said

In May that year, Roger Bannister would become the first man to ever run a mile in under four minutes. Clocking a time of  3.59.4.

46 days later, Landy proved himself wrong when he ran a mile in 3.57.9; 2 seconds faster than Bannister and 4 seconds faster than his previous best.  Most attribute this to the fact that once he knew someone had broken the 4 minute barrier, it removed that mental block that it could not be done.

The focus on the mind in athletic performance is relatively new and has opened many debates as to how much of a factor it is to performance. Is it 10 000 hours, genetics or the ability of someone to control their mind that separates top athletes from the rest?

The brain controls how much muscle we activate, and slows us down IF it calculates that we are in danger. If we can control our brain, we can control our performance. According to Dr Ross Tucker, there is a physiological limit – that instinct which will force you above water when you try hold your breath for too long. And some people can get closer to that limit than others.

When Caroline Wostmann, a “novice” runner and athlete went from a Comrades bronze to a gold and then a win, we chatted to her about what she did to get herself into the number one spot. Turns out, aside from upping her training and being more diligent with nutrition, a lot of her preparation was about strengthening her mind. She learnt from every failure and had a fierce belief in her goals and ability despite what others thought.

“In my mind, when I had a goal, I knew that I could [achieve it] and it would frustrate me that other people couldn’t see it. I find it better now that people believe in me and I can just do what I want to do without having to try and prove myself.”

Her 2016 second place finish, which was arguably more incredible than her win, was testament to how strong her mind was.

“When you say things like “don’t quit”, your sub-conscious filters out the word “don’t” and only focuses on “quit”. I thus decided that throughout the race I would focus on thinking positively, for example “keep on, pushing on”, rather than “don’t give up.”

It’s not just them, Olympians – the top athletes in the world, share the same belief that their mental strength plays a huge part in their athletic success. It’s the mind that keeps them calm under pressure, focused and blind to the pain of pushing your body to the limits.

Before and after they partook in the 2016 Rio Olympic Games, we asked them how important mental strength was to performance. Here’s what they said:

“It plays a bigger role than that of my physical ability. It’s no secret I am not the tallest person around compared to my competitors but I never let that intimidate me. I have been blessed with a very strong mind and I feel that is the most important thing.  That’s what is going to get you to that finish line and never give up!” Chad Ho, two-time Olympian marathon swimmer

“Mental strength and toughness is a huge part of my sport. You have to train you mind to be tough just like you train your body.” Dominique Scott, 1000m track olympian

“Mental strength is everything. Without it, I wouldn’t be able to push my body past its limits and without that I wouldn’t progress.” Henri Schoeman, triathlete and Olympic bronze medallist.

“With race walking it is important. You need to focus on your technique on your pace, on your breathing, on your shoulders. The moment you’re not focused, you won’t get it right. You need to be focused mentally, focused physically and be ready with everything in your life. In sports – you use your mind, body, everything you have”.  Lebogang Shange, Olympian race walker

“A 50k walk is almost four hours…therefore mental plays a huge role. I’ve had races where on the money at 30km or 40km I have a mind fart and do something stupid [like] missing a drink… a feeding station. To put into perspective, it’s on a 2km loop so you do 25 laps. It’s a huge mental thing. I try generally train on a route that mimics the Olympics. A route that has repetition, to try and coach my mind. I try roleplay in a 15km or 30km session this is the last 25k of the Olympics. I have goal setting, visualization setting to try prepare myself” – Marc Mundell, Olympian race walker

“It’s huge, your head needs to be switched on and in the right place, like with most things in life.” – Mari Rabie, Olympic triathlete

“It is important to have a strong mental capacity to overcome anything.” – Wenda nel, Olympic hurdles

“ALOT! 2km is really far. If you ever get on the rowing machine called an Ergometer at the gym, try row 2000m as hard as you can. See what happens in your mind just after 200m. Every part of your body says stop. ‘This is killing you’. And you still have 1800m to go. Rowers can deal with a lot of pain.” – Ursula Grobler, Olympic rower

“Mental strength is everything in racing. In training we are training both the body and the mind to be fit and strong. You have to believe you can do it no matter the situation and stay cool and calm even when things are going a little bit wrong and some crews are going faster than you. You have to trust and believe in the training you have done and that you can come back to win. Before a race and sometimes in a race when you are hurting, your mind can play tricks on you; it is easy to fail and to tell yourself it is ok, anyone can do that. You have to believe, have no regrets and do your best and then hang on a little bit more every time – in anything you do if you want to achieve.” Shaun Keeling, Rower and Olympic silver medallist

“The only thing that I have done that is more painful than a rowing race is training for a rowing race. Other sports and events can be harder but I have yet to find one that causes so much pain in such a short time. The mental strength required is massive; you have to be ready for the hurt and still be able think and push on when you are deep in it. That is where you start to find your true physical limits – when your mind pushes through the pain and your body is the one that starts to buckle.” Lawrence Brittain, Rower and Olympic silver medallist

Mental strength applies not only to top level athletes but to everyone – athletic or not. As Dr Ross Tucker explained, we all have mental barriers. “We can each improve within ourselves by reframing our expectations, by challenging our beliefs, by identifying our own mental barriers and then breaking them down.”