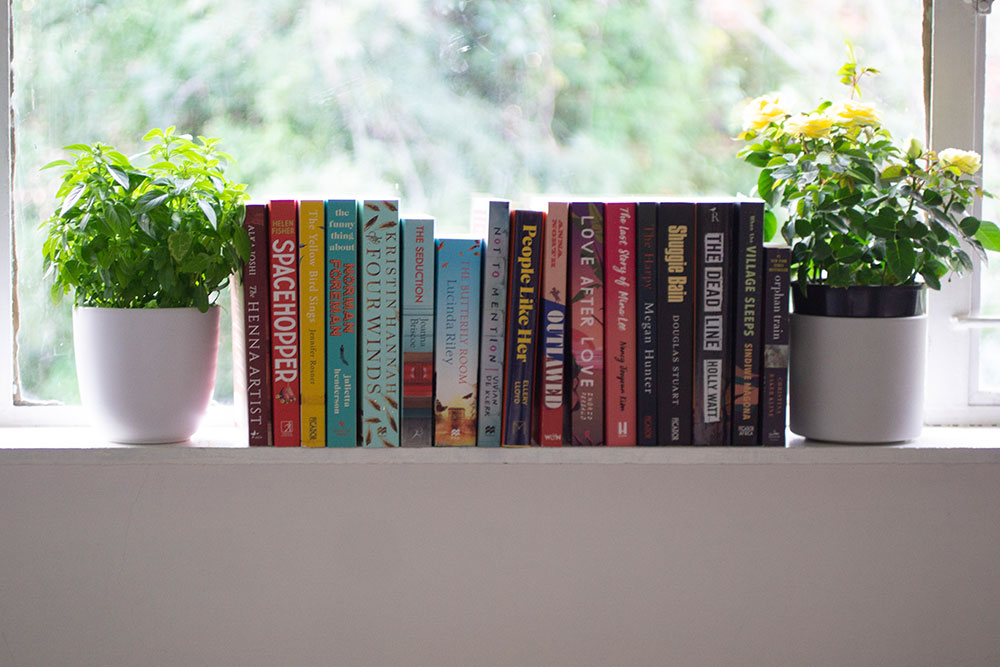 We do a lot of reading around here and if you haven’t heard us say it before, what we love about books and reading is its ability to transform you into other worlds. Reading exposes you to different people, cultures, mind sets and circumstances, which has the potential to make you more empathetic and grateful. Sometimes they’re light and fluffy, sometimes they’re dark and heavy, but almost always there’s something to learn.

Recently I read The Four Winds by Kristin Hannah, which as a side note is an incredible read and 10/10 would recommend, but what really stuck with me was the main character Elsa and the strong theme of Motherhood.

A man’s got to fight out here to make a living, they’d say to each other. A man. It was always about the men. They seemed to think it meant nothing to cook and clean and bear children and tend gardens.

The Four Winds by Krustin Hannah

It got me thinking of all the stories we’ve read since the start of the Nutreats Bookclub that centre around motherhood and highlight multiple aspects, the good, the bad, the toxic, the ugly the great. With Mother’s Day around the corner, it’s the perfect time to share. So, without further due, here’s the books we’ve read over the last year and a bit that celebrate motherhood.

1. The Four Winds by Kristin Hannah

The Motherhood Theme: Elsa grew up unloved and was led to believe she’d never get married or have children of her own. She overcomes her childhood and goes on to have two children and a life she loves. One day her husband leaves her and she must choose whether to fight for the home she loves or flee with her children to give them a better life.

The Motherhood Theme: Ada is a young apprentice midwife, who loves her job, her family, and her husband. When she fails to get pregnant after a year a marriage, her mother helps her flee the town that hangs barren women as witches. Her drive to understand what causes infertility helps her survive the treacherous journey she goes on.

The Motherhood Theme: when the Nazis invade Poland and round up all the Jews in their town, Roza flees with her 5 year old daughter Shira. Hidden in a farmer’s barn she makes up stories to keep Shira occupied. As things get worse, Roza is forced to make an impossible choice, keep Shira with her and risk death or let her go and give her the chance to survive.

4. The Butterfly Room by Lucinda Riley

The Mother Figures: Posy and Maman

The Motherhood Theme: Posy is approaching her seventieth birthday and still lives in her beautiful childhood home. As she is faced with the agonizing decision of selling it, whilst dealing with her grown-up children’s problems, secrets from her past come to light revealing devastating actions her mother took that affected how her whole life turned out.

The Mother Figures: Fay and Jeanie

The Motherhood Theme: Fay lost her mother Jeannie when she was a child and the loss has become more unbearable as she has become a mother herself. One day she finds herself back in her childhood home where she finally has a chance to seek answers to her questions but needs to decide how much she’s willing to give up of her present life for another moment with her mother.

6. The Funny Thing about Norman Foreman by Julietta Henderson

The Motherhood Theme: Sadie had Norman after a one-night stand with a man she can no longer remember. When Norman’s best friend dies, Sadie promises to help Norman fulfil his dream and together they embark on a journey to find his father and help him find his voice.

7. The Seduction by Joanna Briscoe

The Motherhood Theme: Beth is living what should be a peaceful life with her husband and teenage daughter but becomes increasingly troubled as she grapples with unresolved feelings of being abandoned by her mother at 13. She reluctantly starts therapy but the deeper she gets the more reliant she becomes on it and the more she starts to turn her back on those she’s meant to love.

The Motherhood Theme: Emmy is a famous Instagram mom who has built her following on showing an authentic view of motherhood, that isn’t actually her reality. It’s a thought-provoking thriller that makes you thinks about what you share on social media, the influencers you follow and taking advice from unqualified strangers.

9. Love After Love by Ingrid Persaud

The Motherhood Theme: Widowed Betty, her shy son Solo and quiet lodger Mr Chetan form an unconventional but loving household. One night after a drunken heart-to-heart a terrible truth regarding the death of Betty’s husband comes to life driving the family apart. It tackles a lot of serious issues, one being domestic violence and the struggle of doing what you think is best for your child even if they won’t understand and may hate you in return.

10. The Last Story of Mina Lee

The Motherhood Theme: When Margot can’t get hold of her mother Mina, she makes a surprise trip to Koreatown in LA to see her. When she gets there she discovers her mother is dead and unable to accept it was an accident, she traces her mother’s steps, digs into her past and discovers she didn’t know her mother at all. This book tackles accepting your parents for who they are and understanding they have a whole story and history that makes them who they are and affects how they parent you.

11. Not to Mention by Vivian de Klerk

The Mother Figure: Mother (not mentioned by name)

The Motherhood Theme: Katy Ferreira is a 20-year-old girl who has not left her bedroom for almost two years and at 360kg cannot leave her bed. The only person she has any contact with is her mother who has enabled her binge eating and unable to give her the one thing she truly craves which is love.

12. The Harpy by Megan Hunter

The Motherhood Theme: Lucy is a devoted housewife and mother who works from home. Her life comes crumbling down when she learns her husband is having an affair. They decide to stay together but devise a game of crime and punishment where Lucy can hurt him three times. It tackles the psychological toll of parenting and infidelity.

The Motherhood Theme: Agnes is obsessed with an image and the idea of perfection, but she is an alcoholic abandoned in a poverty stricken down by her husband. One by one she pushes away her children, until only Shuggie is left desperate to make her better. It tackles poverty, addiction and the devastation of loving a broken parent in a raw and intimate way.

14. The Dead Line by Holly Watt

The Motherhood Theme: In this book, a reporter accidentally happens on a huge story. An undercover network that links infertile couples with a surrogate. Only those surrogates are young Bangladeshi girls who are kidnapped and forcefully impregnated. It’s a shocking thriller that questions the price people would pay to become a mother.

The Motherhood Theme: This book is based on true-life orphan trains that ran that ran between and 1854 and 1929 from the East Coast of the United States to the Midwest carrying abandoned children to homes that would take them in. As such it is more about the lack of having a mother than being one. Vivian who is now an elderly widow takes on turbulent seventeen-year-old Molly to help her clean her attic. As they clean, the stories of both Vivian’s and Molly’s lives are revealed and a bond grows between the two.

16. The Henna Artist by Alka Joshi

The Motherhood Theme: Lakshmi escapes from an arranged and abusive marriage at 17-years-old and manages to create a new life herself as a Henna artist in Jaipur. But where her real power lies is in her use of ancient medicine to help woman to both conceive, prevent and terminate pregnancies. She also becomes a mother-like figure to her younger sister who tracks her down.

17. When the Village Sleeps by Sindiwe Magona

The Motherhood Theme: It’s a story of poverty and broken systems told through the lives of 4 generations of AmaTolo women, three of whom are mothers. But it is the grandmother Khulu who shines as the matriarch of the family and who teaches them how to nurture human life and to live a sustainable, self sufficient and harmonious life.

The Mother Figures: Brooke and Louise

The Motherhood Theme: Maddie is shaken to the core when she finds out from a stranger that she was adopted as an embryo, a secret her parents hid from her for twenty-two years. Feeling betrayed, angry and confused she leaves her dream job, fiancée and rejects her family and moves across the country to find out who she is. It’s a really interesting take on adoption. 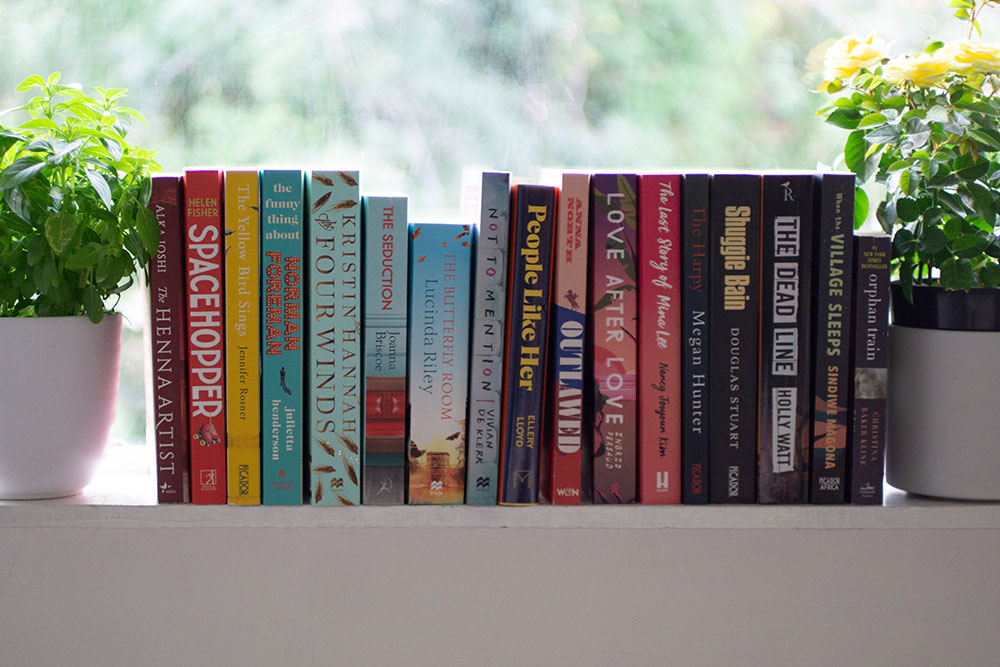 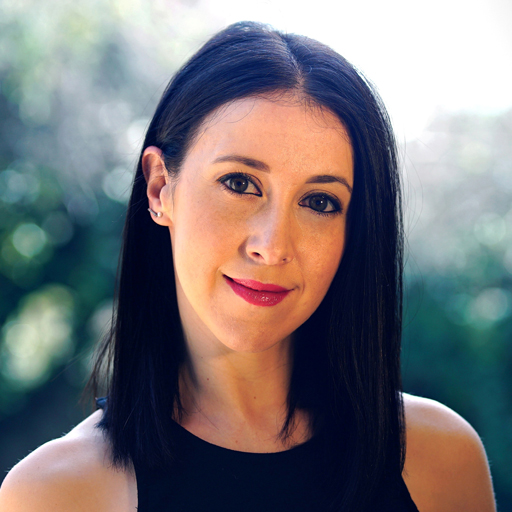 On Our Bedside Table: Love, War and the in Between