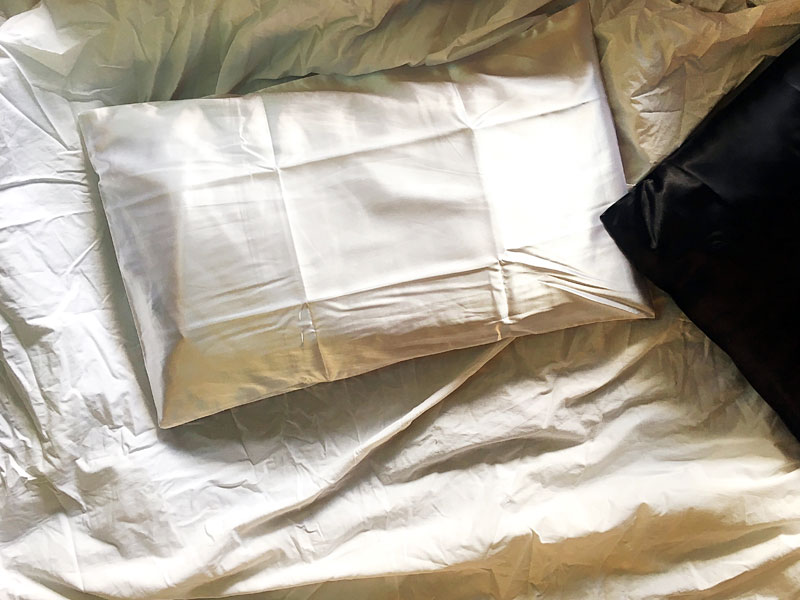 Every month we embrace a challenge related to our editorial theme.

In February – Self Love Month – She tried 30 Days of Yoga.

In March – March to the beat of your own drum Month – I tried a week of Brazilian Jiu-Jitsu.

This April – Rest & Recovery Month – I decided to tackle my ‘chronic’ exhaustion and strive for a week of getting 8 hours of sleep.

For over a decade I have been abusing the importance of sleep. It started during my architecture degree, where pulling all-nighters was an accepted method to getting projects done. When I think back on those days, I wonder how I did it and how necessary it was. Had I utilised time management, it’s quite possible I could’ve avoided at least 50% of the sleep deprivation.

Fast Forward to today, balancing a demanding full-time job, a full time after hours passion, family commitments and my dedication to exercise at least once a day (preferably before the sun rises), sleep has always crawled to the bottom of my priority list. But, the truth is that it should be sitting on the top.

Not getting enough sleep leads to EDS – Excessive Daytime Sleepiness. In 2016, the Journal of Clinical Neurology published a study by J Clin Neurol describing the effects of EDS.

“Excessive daytime sleepiness (EDS) is a recurrent uncontrollable compulsion to sleep when intending to stay awake. Sleepiness lowers the ability of an individual to perform various daytime functions and is a risk factor for traffic accidents and occupational injuries. Sleepiness also has negative effects on general health, social engagement, and quality of life, and has been associated with cardiovascular disease and metabolic abnormality.”

Although I consider myself healthy and hadn’t experienced noticeable effects on my health, in the past year or two my ability to “survive” on less sleep (4-5 hours per night) has decreased substantially. Despite feeling tired constantly, it took an episode of EDS while driving to make me realise how important getting enough sleep was and that it should be my main priority.

The first week after my EDS incident, I made it a priority to not get less than 6 hours of sleep a night. Fuelled by fear, no matter what I was working on or how important I felt the task was, I was in bed by 10 pm. I felt noticeably better but still was tired. I was determined to test the age old sleep guideline that you need 8 hours of sleep a night.

Is getting 8 hours of sleep even possible?

For the entire month of April, I tried to get 8 hours of sleep every night for a week and failed miserably. No matter how hard I tried, I couldn’t rearrange my time to be in bed by 8 pm to allow for a wake-up time of 4 am. When you enter an 8 hours of sleep rule into real life in a regular week context, it just doesn’t work.

When night one of this final week of April was a fail (I achieved 6.5 hours), I was determined to get 8 hours on night two. I rearranged my schedule, choosing to wake up an hour later (5 am). The extra hour had such a bad knock-on effect to my day, that when I was only able to leave work at 7.15pm, it was apparent that night three wasn’t going to work out. I only got 5.5 hours and I only managed a second turn at 8 hours of sleep on night five: a night that preceded a public holiday.

The worst part of the experiment was that on the days that followed the 8 hours of sleep, I didn’t feel any more rested than the nights I got only 6 hours of sleep. I had less motivation to spring out of bed and as I type this I am most definitely having an EDS episode (last night was night 5).

It seemed like the more I slept, the more tired I got and the more sleep I needed to have. I wondered if this was due to incredibly high levels of sleep debt or because 8 hours of sleep a night was really a myth. I naturally turned to research and what I discovered surprised me.

We all know that insufficient sleep is bad for us. I recall once reading an article that compared driving tired, to driving drunk and I believe it.

However, doubling up on sleep might not be the answer. In Who Are the Long Sleepers? A joint study by Michael A. Grandner and Sean P. A. Drummond, they delve into the other side of the coin.

To little sleep is certainly problematic, but too much sleep, as research suggests is linked to very negative health consequences.

Aside for long sleep being associated with the feelings of lethargy and fatigue, the study paints a very negative picture of the effects of long sleep.

So how much sleep do we really need?

Firstly sleep durations fit into 3 categories; short, long and normal. Short sleep, depending on the study, is mostly categorized as sleep for 6 hours and less. Long sleep is more than 8 hours. Both of these have their risks, whereas normal, which came out as the healthiest, was rated as 7-8 hours.

But, before you start resetting your alarm clock, something to take into account is that Sleep needs do differ between individuals, male and females and different age categories.

There is no scientifically definitive answer to this age-old question so the only way to know your needs for certain is to try and test inbetween the short and long sleep range. I have a sneaking suspicion that somewhere between the 6.5 and 7.5 hours might be my perfect formula, so stay tuned – I might just do a follow-up.

Celebrating Minimalism this month on Nutreats

Bath Salts for Every Mood

Why you should use an essential oil diffuser

A Guide to Your Best Sleep