Waffles And Mochi and Operation Varsity Blues: The College Admissions Scandal are new on Netflix in March 2021

What is Waffles And Mochi about?

The puppet Waffles and his friend Mochi leave the land of Frozen Foods to travel the world, where they learn from scientists, chefs, and other experts about cooking with healthy ingredients.

Yes, and not just for kids!

The animation is beautiful. It’s so cheerful and colourful, and of course, the food looks delicious. (The series is half animation and half live-action).

Michelle Obama is in it. She portrays herself, but the difference is she’s the owner of the grocery store where Waffles and Mochi always start their adventures.

It’s educational. There are ten 30 minute episodes, and each episode focuses on a different ingredient. For example: there’s an episode teaching us about salt and its different uses, and in another episode Waffles and Mochi travel the world to learn about water.

A tomato sings a solo about life as a fruit. And, I think that’s enough reason to watch this show…

What is Operation Varsity Blues: The College Admissions Scandal about?

This documentary follows the events of the 2019 college admissions scandal.

The scandal came to light in 2019, when the FBI discovered that thirty-three parents had used bribery and other forms of fraud to secure their children’s admission into a number of top American universities. The scheme was orchestrated by Rick Singer.

The documentary is compelling from beginning to end, packed with information and shocking details of this elaborate scheme.

The conversations are all real – they’re recreations of wiretaps.

I found it particularly fascinating (and heartbreaking) to learn of the pressure so many American teenagers are under during their school years. How the colleges you go to are such a status symbol, and how it’s the parents who seek that status and bragging rights more than anyone else. It’s an eye-opener about the whole college/university education system.

The cinematography and editing are excellent.

The only thing I didn’t enjoy were the reenactments. I never like it when documentaries try to recreate real events – it feels contradictory of a documentary, somehow.

What have you been watching? 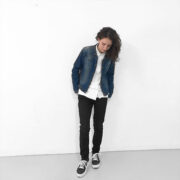 3 Mini Book Reviews: Secrets From The Past