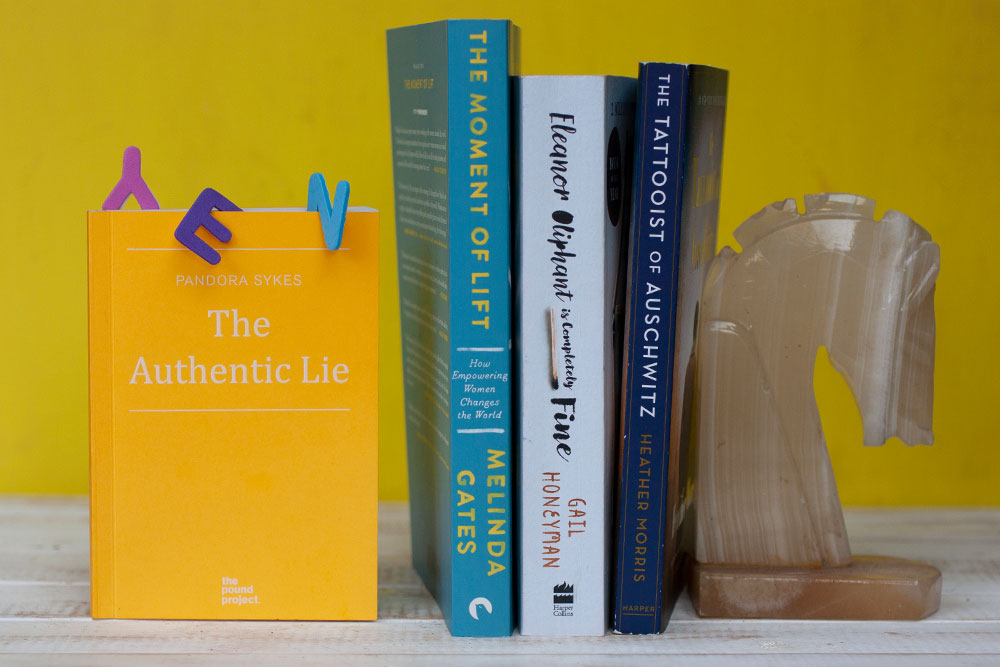 This book revolves around the very ordinary, very scheduled life of Eleonor Oliphant. A character who comes across as odd, unlikeable and unsociable. A small act of kindness towards Eleonor slowly unravels her perfectly regimented life and you’re pulled into her world of loneliness, tragedy and sadness. It’s as the cover says “funny, charming, and unpredictable” and by the end of the book you can’t help but find Eleonor endearing and dare I say it, likeable.

I avoided buying this book for months. And by avoid, I mean each time I went to choose a book, this would make its way into the pile where I’d remove it in favour of another book. Finally, I caved and got it and I’m glad I did. It was one of the most pleasantly surprising books I’ve read – a book that surprised me by how much I enjoyed reading it.  I laughed at Eleonor’s lack of social skills and spot on observations about human behaviour; and as the book progressed, grew to love her character. It’s filled with lessons on the power of human connection, what one small act of kindness can do for another and the ultimate lesson not to judge a person (or indeed a book) by its cover.

2. The moment of Lift by Melinda Gates

Using both facts and figures, along with powerful personal stories, Melinda Gates shares some of the work the Bill and Melinda Gates foundation has done and is doing with women’s issues. These issues range from maternal health, infant death, child marriages, genital mutilation, birth control and giving women a voice and opportunity. It’s an educational read that will leave you with no doubt as to the importance of every issue they’re tackling. It also highlights the importance and benefit of creating a society in which all races, genders and classes are included and a world in which women are given a voice, rights and opportunities to fulfil their potential. The book name was inspired by watching rockets launch off to space, it’s that moment of lift, where people rise, and sparks ignite that Melinda hopes to achieve through this book and indeed through her work.

I serendipitously received this book from Pan Macmillan about a week after listening to Melinda Gates on a podcast speaking about the Moment of Lift and jotting it down on my “to read” list.

It’s an eye opening read that had me bookmarking many pages to come back to. Melinda beautifully intertwines the stories of the women she’s met on foundation trips with facts and figures and respect and empathy. She uses their stories to explain how the foundation chose projects and where to put funding. By using their stories she takes devastating figures and facts we’ve all seen in news headlines and gives them a name,  a face, and a story that, while always heart breaking, often has a moment of lift, where that woman (with help) was able to lift herself and thus everyone around her.

Along with their stories, she shared some of hers, stories that not only make her more relatable, but also demonstrate how we all have moments in our life where we could do better to find our voice, stand together with other women and push towards better inclusivity and equality. Most of the readers of the book will undoubtably be women who have knowledge and access to birth control, had the privilege of receiving education and not been forced into child marriage. But those women may still be fighting to earn the same wages as the men they work alongside, trying to balance the load of unpaid housework between them and their spouse, or get into industries populated by men. By sharing her stories, it highlights just how important empowering women is, no matter their circumstance and how, in the end we all want the same things.

This book is a lesson not only on the importance of lifting women up, but also a powerful lesson on how to give and how to truly listen.

3.  The Authentic Lie by Pandora Sykes

The authentic lie is a long form essay (68 small pages long) about the modern obsession with authenticity in a highly curated world. Pandora focuses on women, social media, self-image, celebrity culture and consumerism and our obsession with the idea of being (and being) authentic and demanding that from others – especially those in the public eye.

I’ve read several articles by Pandora Sykes and always enjoy her writing, so when she announced that she was publishing a long essay through the Pound Project via a Kickstarter campaign, I backed it. A couple months later I had a copy in my hands and a few hours after that I’d read the final word on the final page.

She weaves her own thoughts along with essays and articles that have been published around authenticity in an easy to read way. She’s got a wonderful way of stating truths (why do we need to not only bare every flaw but celebrate them to be seen as authentic?) and giving you pause for thought in a way that’s not judgemental or critical, but rather curios and questioning. It’s an essay that’s particularly relevant in today’s world where everyone is an influencer and social media allows us a window seat into stranger’s lives; and thus, creates opinions on their lives. And particularly poignant, as we attempt to appear more and more authentic to the point of curating even our candid moments.

As it ran through a Kickstarter it’s not a book that’s widely available; however, I did find out that the Pound project is doing a limited run on this, along with some of their other books. They close sales on the 25th July, so if you’re familiar with Pandora or want to read it you can get it here. Alternatively, you can wait for her collection of essays on modern life coming out in 2020.

4. The Tattooist of Auschwitz by Heather Morris

This book is the story of Lale Sokolov, a Slovakian Jew who was transported to Auschwitz during the Holocaust. In twist of fate he landed up with the job of tattooist – the person who would tattoo hundreds of thousands with a number that became a symbol of the camps. One of the arms he tattooed belonged to a woman he would fall in love with and vow to marry. The novel, which follows his story of pain, suffering and survival is based off interviews the author Heather Morris conducted with Lale.

I have such conflicting feelings about this book. Of all the Holocaust Books I’ve read, only two have been fiction, – one I thought was good and the other I disliked. This I am in between. This book isn’t true fiction. It’s a novel based on a true story. The characters in the book, unlike the two others I read, were real people. They existed, bore those names and went through those atrocities. But it’s also a novel, which means certain details are elaborated or made up. Lale, due to his “job” at Auschwitz had an experience no others did, it’s a perspective of the camps I’ve never read about and his story is truly an incredible one.  The author spent months with Lale learning his story and part of me wished that instead of a novel, it was his fully true story, a story that should be shared not as novel but as a part of history.