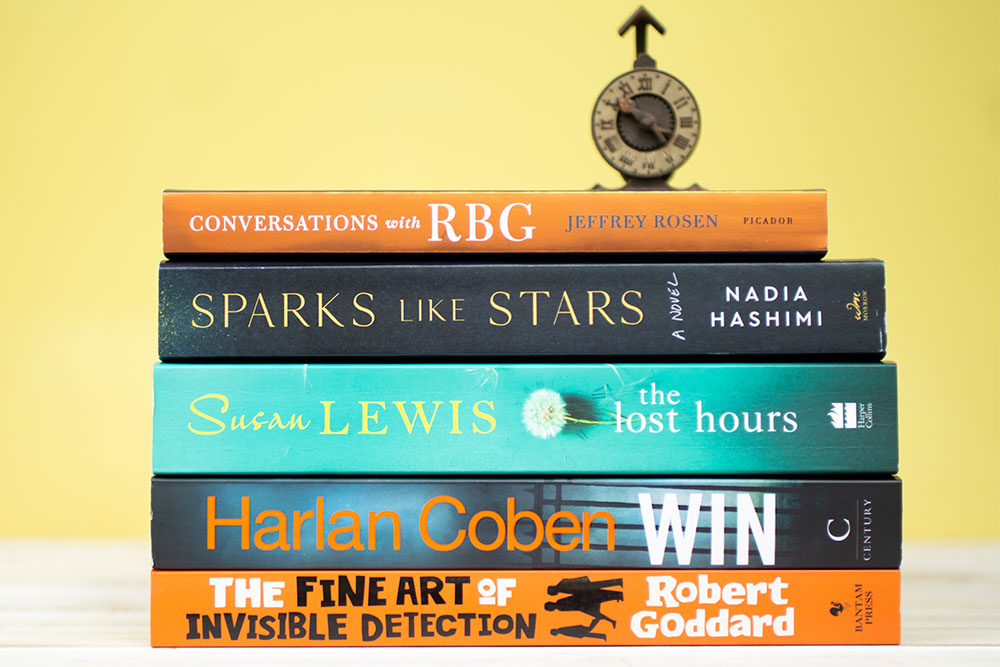 Our Book Recommendations May 2021 Part 2 are here.

Conversations with RBG by Jeffrey Rosen

Published by Picador USA an imprint of Pan Macmillan

Jeffrey Rosen met Ruth Bader Ginsburg in 1991 in a chance encounter in an elevator. They bonded over their mutual love of opera and thus began a decades long friendship which spun both personal (she officiated his wedding) and professional (as legal affairs editor of The New Republic he ranked the seven leading candidates to replace Justine Byron R on the Supreme Court. Ruth Bader Ginsburg later credited him for planting the idea that led to her nomination).

In conversations with RBG, Rosen draws on twenty years of conversation with Ruth Bader Ginsburg to create a portrait of the Justice. They discuss Opera, landmark cases, the constitution, women’s rights, her rise as a pop culture icon – the Notorious RBG and the comradery and respect between the 9 Justices that make up the Supreme Court.

The title of the book Conversations with RBG, Ruth Bader Ginsburg on Life, Love, Liberty and Law gives one the impression that you would be privy to conversations that would give one insight into the woman behind the acronym. In a way it does, however I found it to be heavily focused on the law part – not so much life and love. The conversations heavily revolved around the American constitution, court system and landmark cases. Having read it, it’s a book I would recommend to someone who is specifically interested in the American justice system, as that’s the lens through which it is written. In that way it is more of a profile of RBG, than it is a bibliography.

What struck me was the deep empathy she had for people and how she spoke about the other Justices – and referred to them as a family. Media likes to polarise issues and make the world black and white, a world where you cannot be respectful or friends with someone who doesn’t hold your beliefs. The Supreme Court is comprised of both liberal and conservative Justices – sometimes to the extreme and with opposing views and beliefs. She describes them as a family – who may have disagreements but still holds a sense of comradery and respect. In a world which tears people apart based on beliefs, she talks fondly of friendships with conservative justices and gives space for people to learn, change and adapt to an ever changing world. There is a line somewhere in the book about attacking ideas not people – it’s how she explains they can be friends after a dispute in the decision of a case and it’s an approach I wish more people would follow.

A Line that Stuck with me

When fathers take equal responsibility for the care of their children, that’s when women will be truly liberated.

The Fine Art of Invisible Detection by Robert Goddard 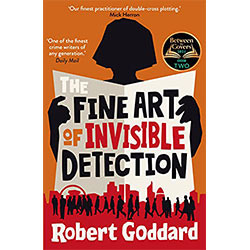 Umiko Wada lives a calm and comfortable life in Tokyo. After her husband was murdered much to her mother’s chagrin she chooses to not remarry. Rather she settles into a career of being a secretary to a private detective. The work is easy, she enjoys it and most of all she enjoys the drama free routine.

And then her boss takes on a case dangerous enough to get him killed and throw her world off its even keeled axis. Wada has to leave Japan, travel to London and follow the only lead she has. She quickly realises being a private detective isn’t as easy as TV makes it look.

This book is a good one! It is well written, has a captivating storyline, an exceptional main character, twists and turns, and an ending you won’t see coming.

Umiko Wada specifically is a glorious character, who I’m certain any reader would love. Watching her grow into herself as the book progresses is truly enjoyable and is reminiscent of the saying “a phoenix rising”.

The Lost Hours by Susan Lewis 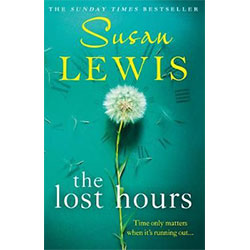 Annie and David Crayce are the couple that seems to have it all. A loving marriage, three beautiful children and a thriving family business. Their perfect life comes crashing down when a piece of damning DNA evidence shows up which places David as the prime suspect of a murder committed twenty years ago. Annie is convinced her husband is innocent, but as the police continue to dig into their past, Annie starts going back in time twenty years when their lives weren’t quite as perfect and missing puzzle pieces start looking like evidence that her husband may be guilty.

It’s a decent thriller in that it’s very readable and does make you want to find out who the killer is, while making you certain it’s just about every suspect. However, I found it overly verbose and descriptive in a way that seemed to drag the story out – especially in the beginning where it seemed the author was trying to convince you of this perfect life and make you fall in love with the family before tearing them apart. To me the level of detail took away from the story instead of adding to it. It slowed the story down making it more of a sleepy thriller than a fast-paced page turner. 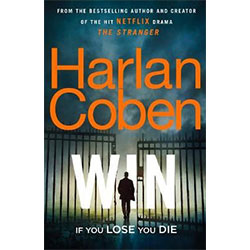 Over twenty years ago a chain of events occurred in the Lockwood family. Valuable artwork was stolen, heiress Patricia was abducted, and her father was murdered. She escaped, but so did her captors and the valuables were never recovered.

Present day, an elderly recluse is found murdered in his apartment in New York’s upper west side. Alongside his body is a Vermeer painting and a suitcase bearing the initials WHL3 – those of Patricia’s cousin Windsor Horne Lockwood III or Win as his family and friends call him. He doesn’t know how his suitcase or family’s stolen painting landed there but he plans to find out. Because even though the FBI have been baffled by the case for decades, he has the resources (and the arrogance) to crack the case.

If you can get past the vomitus main character/ narrator Win, you’ll be rewarded with a captivating storyline that begs to be seen through.

To give you an indication of the level of nausea the main character induces, think mega wealthy billionaire who is arrogant, a know-it-all, self-righteous, thinks of himself as god, has his own set of questionable morals and throws around lines throughout the book that read like this paragraph on page one.

“As for me, I sport a Savile Row hand-tailored suit of pinstripe azure, a pair of Bedforshire bespoke Bordeaux-hued shoes created by Basil, the master craftsman at G.J. Cleverley’s, a limited-edition Lilly Pulitzer silk tie of pink and green, and a specially created Hermes pocket square, which flares from the left breast pocket with celestial precision. I am quite the rake. I am also, for those missing the subtext, rich.”

I couldn’t quite get on board with him no matter what he did to “redeem” himself throughout the book, but the twisty storyline made me feel like I hadn’t wasted hours reading a bad book.

The secret to fulfilment is not about exciting adventures or living out loud – no one can maintain that kind of pace – but in welcoming and even relishing the quiet and familiar. 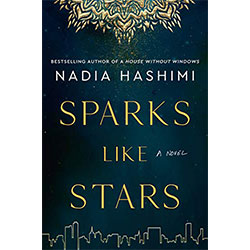 Sitara Zimani grew up in Kabul, Afghanistan in the 1970’s, a time when it was a thriving cosmopolitan city and Afghanistan was full of promise. Her father was one of the president’s closest confidants; and she grew up in privilege, spending her days at the Palace and calling his granddaughter her best friend. In 1978, when she is ten years old, a communist coup shatters the country and her life. Both the president’s and Sitara’s family are brutally murdered. Sitara is the lone survivor, smuggled from the scene of the assassinations by Shair, one of the palaces’ guards. She ends up in the home of an American diplomat. Moving to the United States, Sitara changes her name to Aryana and grows up to become a surgeon. Her past is buried, until thirty years later an elderly patient lands up in her examination room. A man she realises is Shair, the soldier who saved her but who also may have killed her entire family. His appearance stirs up something deep inside her and she returns to Kabul to look for answers for the questions she was never able to ask.

This is a brilliantly vivid and emotional novel that is both heartbreakingly tragic and beautifully hopeful. It’s an example of storytelling where the details add layers and richness to the story and transport you to faraway lands. In the Author notes, Nadia Hashimi explains how she wanted to recreate the Afghanistan her parents grew up in.  One that was peaceful and filled with hope, crisp melons, kites, poetry and family. An Afghanistan that most of us who were introduced to it post 9/11 with the Taliban cannot imagine. And yet, reading this novel you can imagine it as she transports you back in time with the help of her strong, brave and resourceful protagonist Sitara, using colours and smells and words. It’s a novel in which reality meets fiction and one that shows the tragedy of war through a child’s eyes and its lasting effects. It’s one to read and one you won’t want to put down.

Shop Our Book Recommendations May 2021 Part 2

On Our Bedside Table: Love, War and the in Between