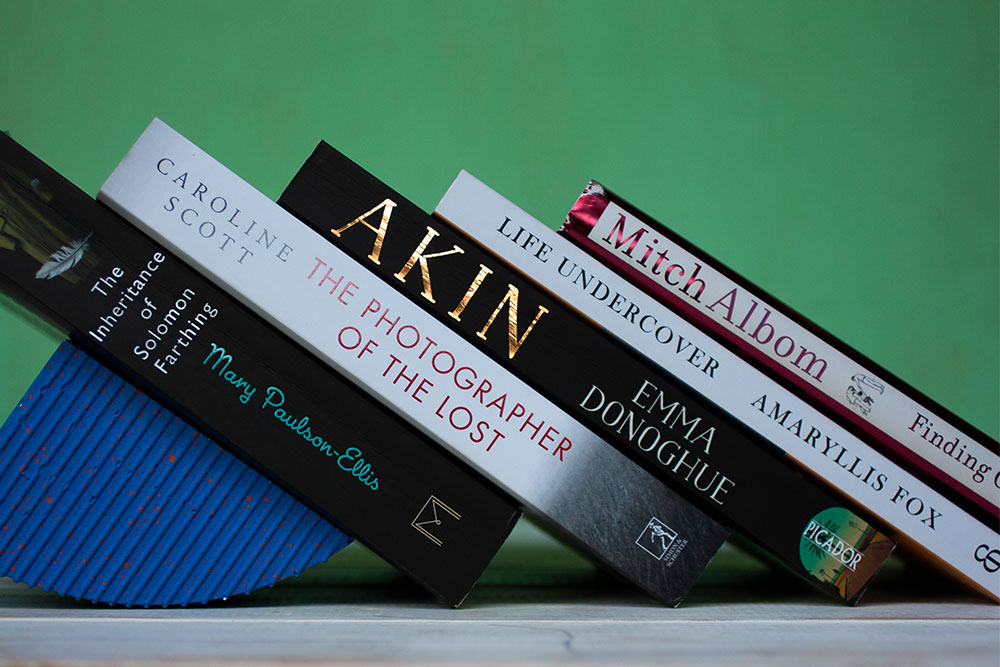 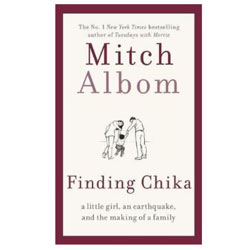 Mitch Albom is an internationally bestselling author and award-winning journalist. He also operates an orphanage in Haiti. It was in this orphanage that he found Chika, a brave and joyous little girl, born 3 days before the devastating 2010 earthquake. A little girl whose mother passed away when she was two and who was brought to the Have Faith Haiti Orphanage at age three. At age five, Chika was diagnosed with a terminal disease that no-one in Haiti could treat. Finding Chika is the story of Chika; her birth, childhood and journey to America, where she would live with Mitch and his wife Janine as they fought to do anything to save her. It is her story, but it is also the story of a family melded together by fate.

This is a magical book, that is so beautifully written. Mitch Albom weaves their story into lessons. He writes both in his voice and Chika’s voice in a way that makes this darling little girl come alive. At points I had to slow myself down, so that I could reread sentences, take them in, marvelling at the way he strings words together. I finished it wanting to read more from him (I’ve never read his acclaimed Tuesdays with Morrie, but plan on doing so). It’s beautiful and heart-breaking and soulful and powerful and filled with lessons on life and love and family. It’s a must read. I adored it.

2. The Inheritance of Solomon Farthing by Mary Paulson-Ellis 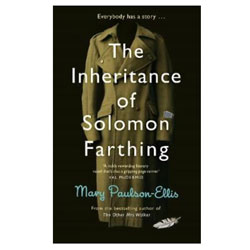 The story spans decades and involves dozens of characters, notably a group of 11 soldiers abandoned in a French farmhouse in the weeks leading up to Armistice. However, when it comes down to it, it is really about Solomon Farthing – an Heir Hunter summoned to an Edinburgh nursing home to track down the relatives of an old soldier who has just died. Down on his luck, if he find heirs, Solomon stands in line to receive his cut of fifty thousand pounds. In searching for heirs, Solomon uncovers a mystery dating back to 1916, 11 soldiers and a connection to his own past.

This is a hefty novel, over 500 pages long. I only got into the storyline halfway through and felt like it dragged in places. There are a lot of characters and between them and the jumps in time from present day to 1916 and the decades in between, I found it difficult to remember who was who and how they all connected. It’s well written, but not an easy flowy read. To me, it was an average read; but I will admit the ending wasn’t what I expected. 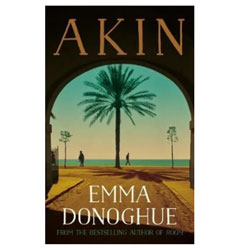 Akin is a novel centred around the themes of family, love and loss. Noah, a retired New York professor is about to embark on a personal trip to his birthplace – Nice, when he’s tracked down by a social worker looking for a temporary home for his eleven-year-old great nephew, Michael. He’s persuaded into taking Michael, a boy he’s never met, along with him to France. Together they embark on a journey that’s made difficult by their new relationship, past, new surroundings and the search into a troubling family history.

This is one of the few novels that I didn’t struggle to get into. I was fully absorbed in within the first chapter. It’s written so well and the story flows easily and enjoyably.  Donoghue perfectly captures the personalities, language and mannerisms of a prim 80-year-old professor and a troubled eleven-year-old boy from the projects. She manages to bring in current events while tackling difficult topics like anti-Semitism, privilege and the penal system in a sensitive and thoughtful way that’s not thrown in for effect, but rather as a vital part of the story. It’s interesting and funny and tender and speaks to our obsession with uncovering the past (there’s a reason why DNA test and ancestry tests have exploded), injustices, complicated families and the joy that can come from opening yourself up to new experiences and people. It’s a fantastic book and one of the best novels I’ve read.

4. The Photographer of the Lost by Caroline Scott 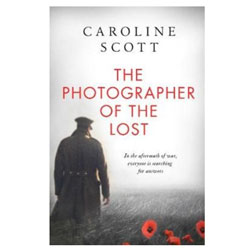 This is a novel which delves into the aftermath of the Great War of 1921. It deals with loss, love, families left behind, broken lives and ultimately rebuilding.

It follows the story of Edie and Harry. Edie’s husband Francis has not returned and has been declared missing. Harry is Francis’s brother who returned from the war alone and is now hired by grieving families to photograph gravesites as “proof of death”.

A few years into the missing declaration, Edie mysteriously receives a photograph taken by Francis, flaring her hope and igniting a search. She recruits Harry to help and as they go their separate paths leading towards the same goal, the story shifts from Edie to Harry and past to present revealing truths along the way.

This is a hefty 492 paged book that isn’t a quick read. Although very well written and gripping overall, it takes a while to get into the meat of it. For the first half of the book, I felt myself willing it to get to the point. It’s like a car that starts off with the hand break on, trudging along and then suddenly, the hand brake is taken off and it goes careening off at 180km an hour.

It was refreshing reading such a well written novel with an ending that is unpredictable and doesn’t disappoint. 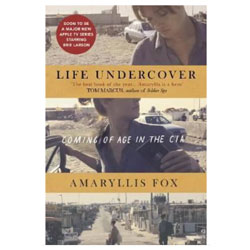 Life Undercover is a riveting memoir which follows Amaryllis Fox’s life as an undercover CIA operative. Recruited at the age of 21, she quickly rose up the ranks and by 26, became the highest-level undercover field operative deployed to infiltrate dangerous terrorist networks.

The book traces events from her life that led up to her recruitment, her CIA career and the moments that ended it. This book is not just a real-life thriller, it is also filled with profound psychological insight.

Had I read this book in December, I would have called it the best book I’ve read all year.

Amaryllis Fox writes beautifully. There was not one paragraph that felt superfluous, verbose or didn’t tie in to understanding her choice of career and her story. She has a way of writing about her achievements, incredible skill, sacrifices and talent without ego. She lets you into both the sensitive and strong sides of herself, showing the power and value of both.

This book is gripping, educational, well written and filled with wisdom. I could not (and did not want to) put it down and when it ended, I wanted to know more. It left me with so many questions; How does the CIA feel about former agents writing books? Are they pre-screened and pre-approved? If you are an agent once, are you really an agent for life? If she built her career on “lies” and coverups, is everything she wrote true?

Luckily for me (and you), this book doesn’t have to end. It is soon to be the inspiration behind a new Apple TV Series starring Brie Larson. I will definitely be watching and can already picture Hans Zimmer Time-esque style backing tracks, paired with some of the epiphany moments Amaryllis Fox shares.