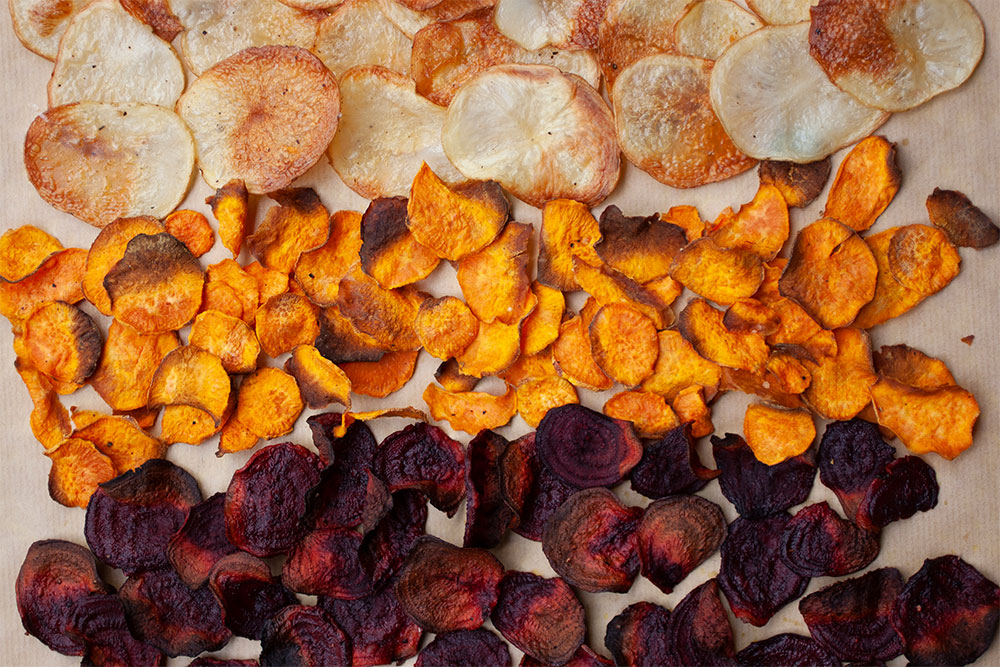 Making your own oven baked root vegetable crisps requires 4 ingredients – the vegetable you wish to crisp, olive oil, salt and pepper – of which there are no set quantities. Which makes this not so much of a recipe as it is a set of instructions. It will however yield the most delicious vegetable crisps, of an amount of ½ of your choosing (they shrink).

You can choose any root vegetable, I used beets, potatoes and sweet potatoes. Before making them there are a few things to note: 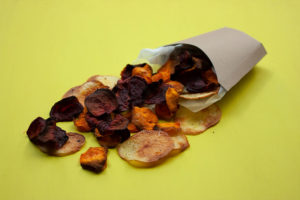 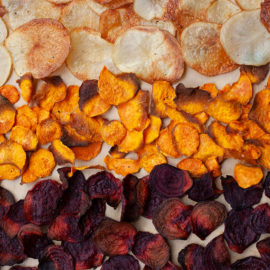 Easy to make oven baked crisps with sea salt and black pepper. Requires just 4 ingredients and is a better way to get in that crisp craving.
Print Recipe Pin Recipe
Course Snacks 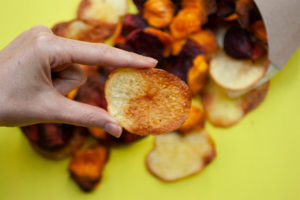 Running Dry: Why Mina Guli is Running 100 Marathons in 100 Days

The Ultimate Salad Book and a Cheesy Roasted Vegetable Salad