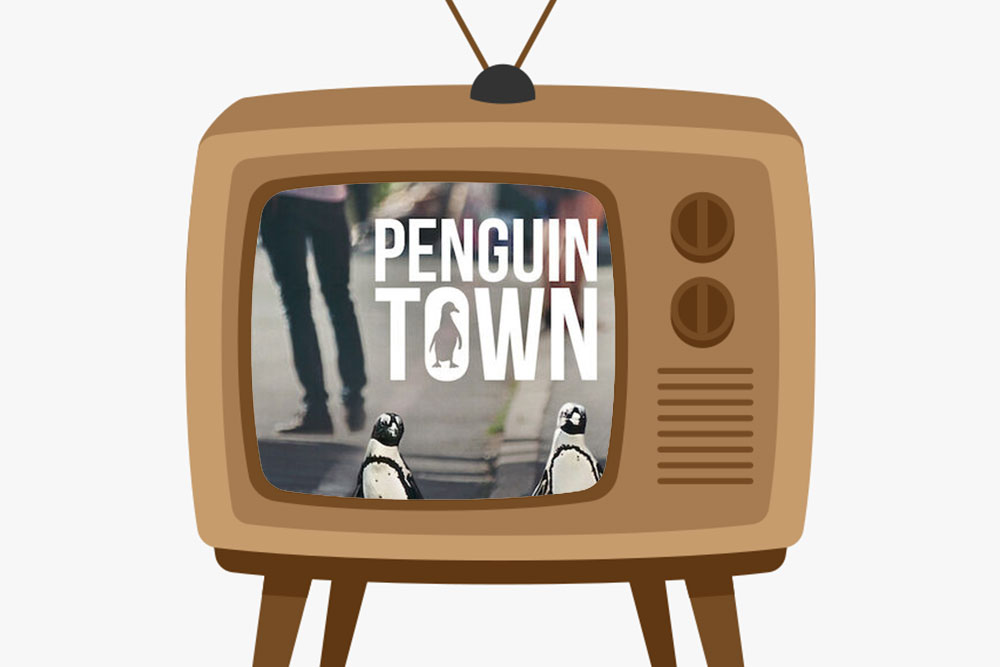 If you love penguins (or cute animals in general) and you’re a Cape Townian, Penguin Town is a documentary to watch! I’m sure you’ll find this documentary charming. For me, it was exciting to see a series on Netflix that was filmed a few minutes from my house and follows penguins in an area I’ve visited regularly myself.

What is Penguin Town About?

This documentary follows the lives, adventures, and romances of a group of penguins in Simon’s Town, in the Western Cape, South Africa.

Absolutely, if only because it’s so cute and entertaining.

Penguin Town is shot and narrated in the style of a reality show, where here, penguins are the stars. From the dramatic narration and the slow-motion when two penguins lock eyes and show off for each other, to the exaggerated everyday adventures of building a nest or surviving the blazing summer heat, this series adds a twist on the usual animal documentary. It’s hilarious and adorable.

We follow a few main characters. These include Mr. and Mrs. Bougainvillea, who build a nest for themselves and defend it from neighbouring penguins. There’s the Car Park Gang, who attack and bully the other penguins. And there’s Junior, the misfit, who is carried away to the “rehab centre” and nursed back to health when a seal bites him.

Come for the cute penguins. You might be surprised at how invested in their stories you become.

Too Darn Hot Sauce from The Broadway Cookbook