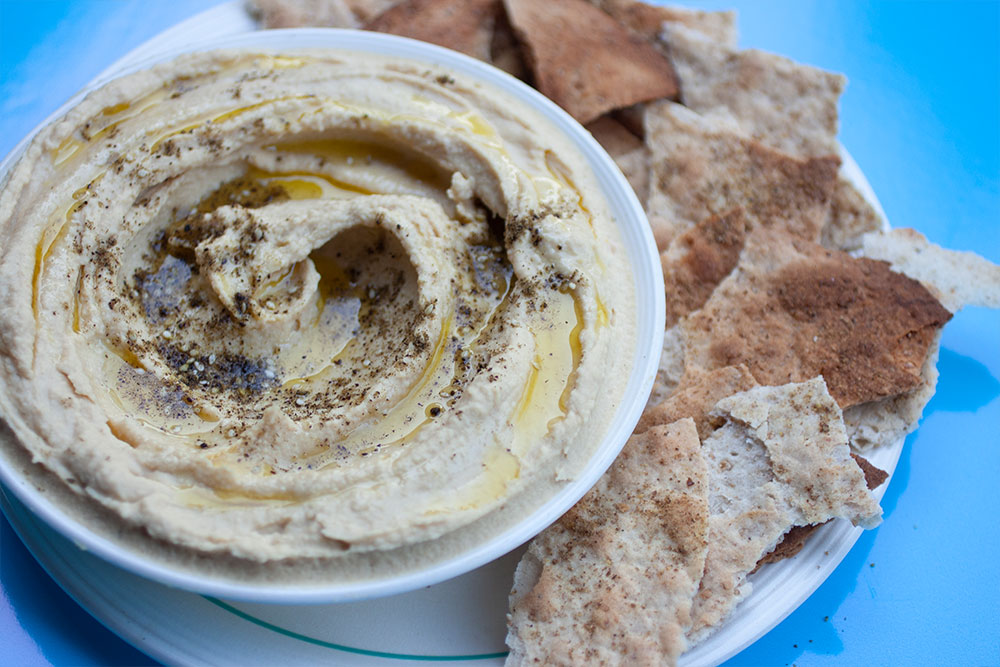 Not to knock canned chickpeas – they are convenient, tasty, and work, but when it comes to making the best hummus, dried chickpeas are where it’s at. If you need hummus now, making it with a can of chickpeas is great – it takes all of 5 minutes and zero preplanning, but making hummus with dried chickpeas just tastes sooo much better. The downside is it requires two days of foresight and two hours to make. However, the result; a creamy hummus with the perfect flavour and texture is well worth it! 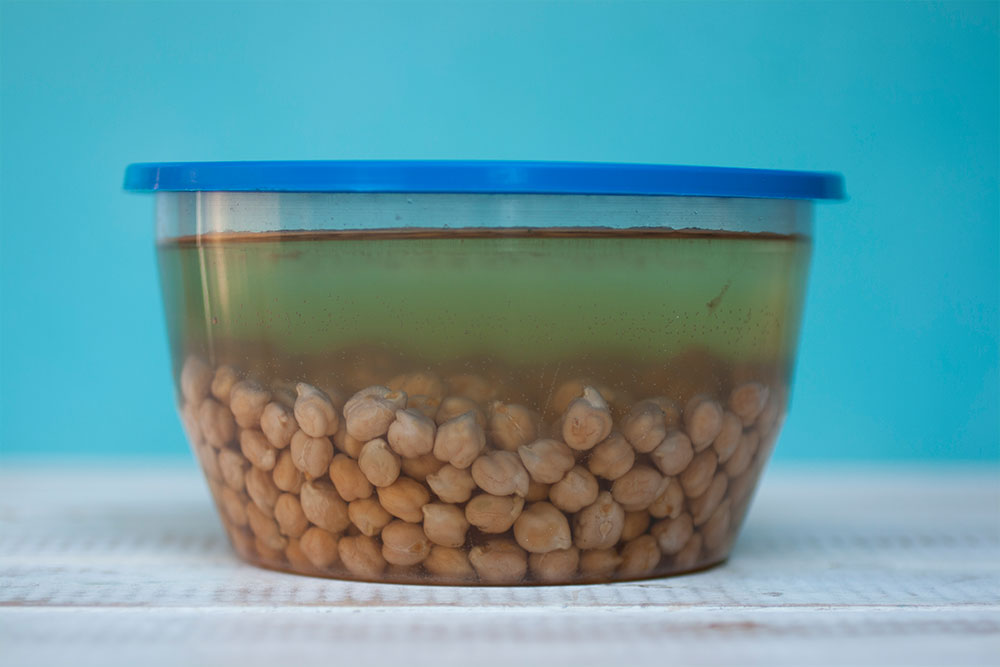 I’m not going to pretend this is a novel method or recipe – I’ve heard and seen variations of making hummus this way plenty before. Let’s be honest – most hummus recipes are near identical, there’s little room to get creative when making a basic hummus that doesn’t include using different legumes (which in my mind makes it as much of hummus as using cauliflower as a pizza base makes it a bread) or the addition of vegetables. To keep this version simple, I omitted the tabasco and paprika that I normally add to hummus and found it didn’t actually need it. 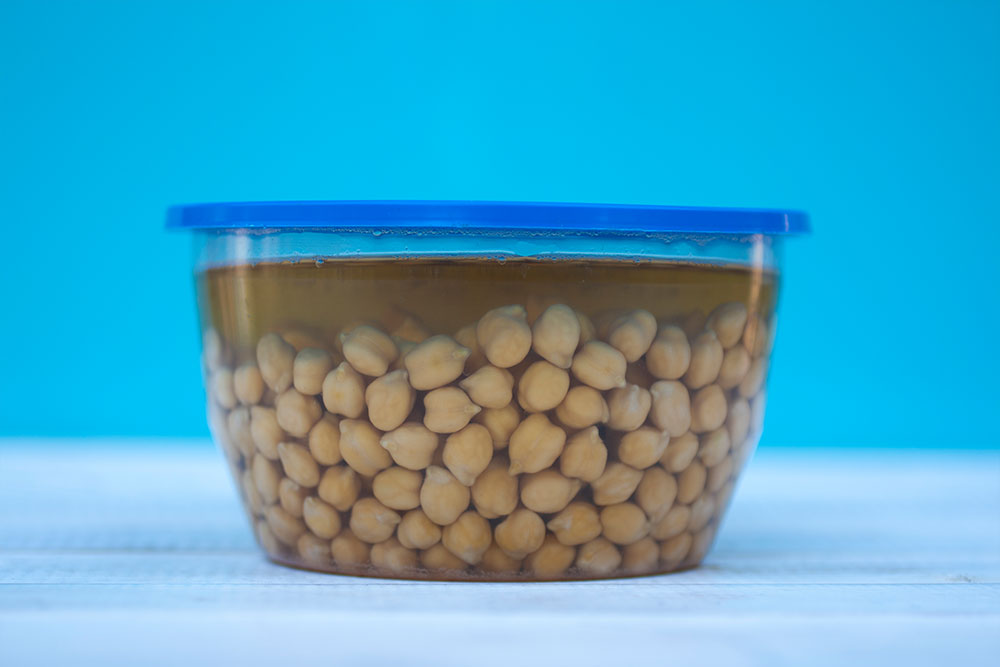 In the past I would soak dried chickpeas overnight – about 12 hours. After listening to this podcast I learnt that chickpeas need up to two days of soaking time. This helps them cook A LOT faster. It cooked in one hour instead of the three it usually takes. As per the instructions on said podcast I soaked my cup of dried chickpeas in 3 cups of water. I added baking soda to create an alkaline environment which helps make the chickpeas more soluble and thus able to cook faster. I also added a generous heaping of salt – which start adding flavour to the chickpeas prior to cooking.  This requires planning but all you need to do is add everything to a container, cover it and leave it on your counter for two days. 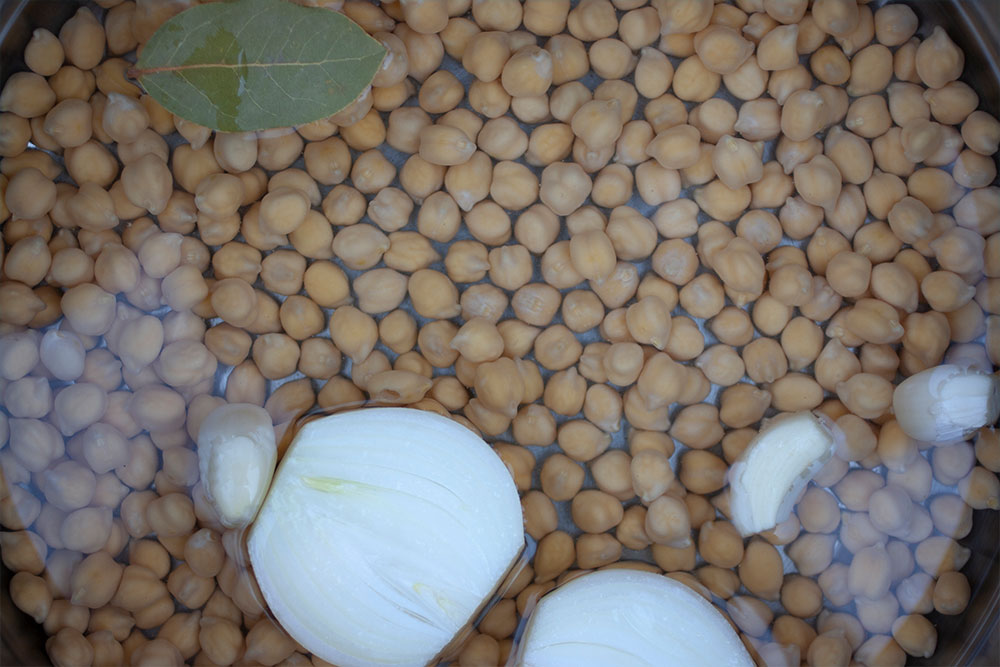 I chose to drain the chickpeas prior to cooking them and to cook them in new water. You don’t have to. There’s differing opinions on whether not using the same water to soak and cook them makes them less gassy.

Traditionally you don’t add olive oil to the hummus, but rather drizzle it on top with some seasoning like paprika, dukkah or zaatar. And so that is what I did. 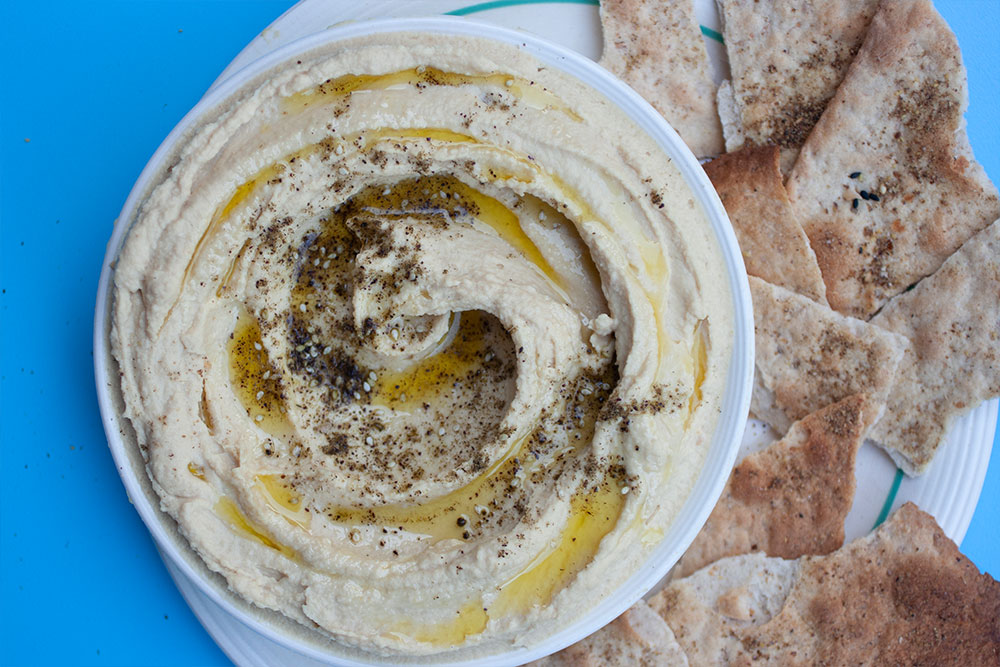 Print Recipe
The Secret to the Best Hummus
An ultra creamy hummus with a subtle yet delicious flavour. Made with dried chickpeas and a few other ingredients for the very best hummus. 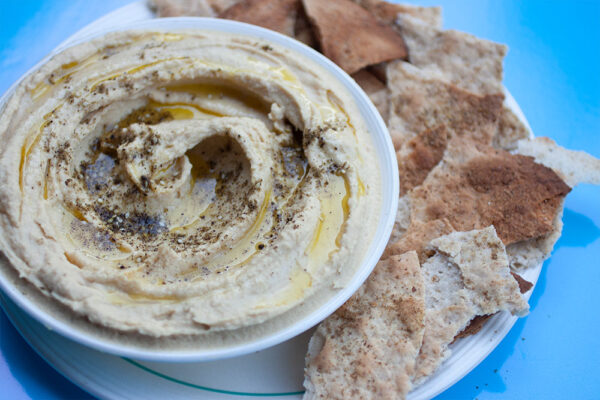 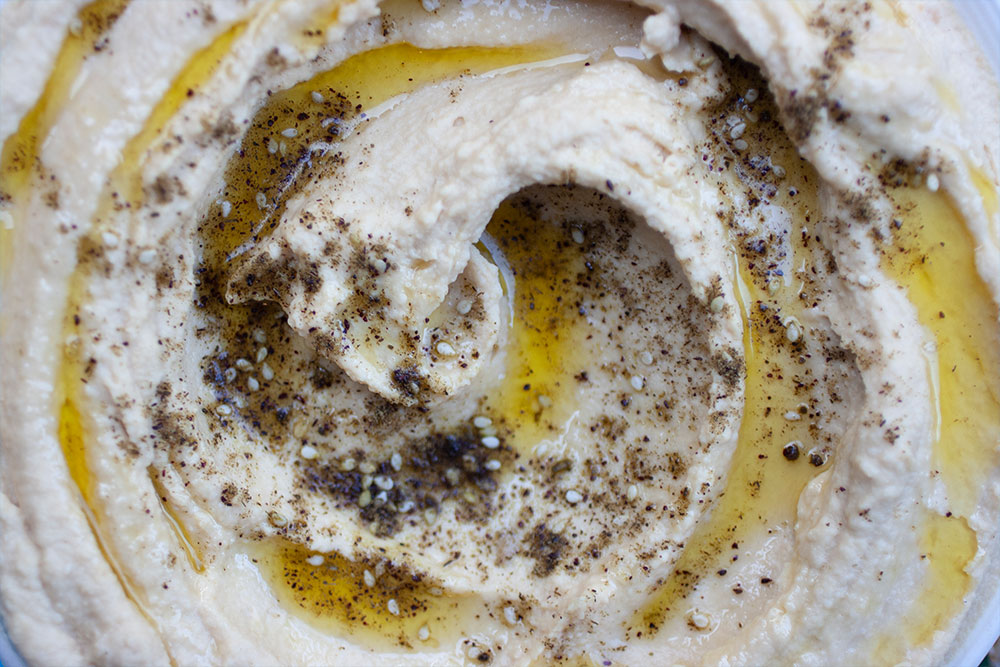 How to Make Ghee ala My New Roots Cookbook

What to Do with a box of Ripe Tomatoes

How to Make Stone Fruit Compote