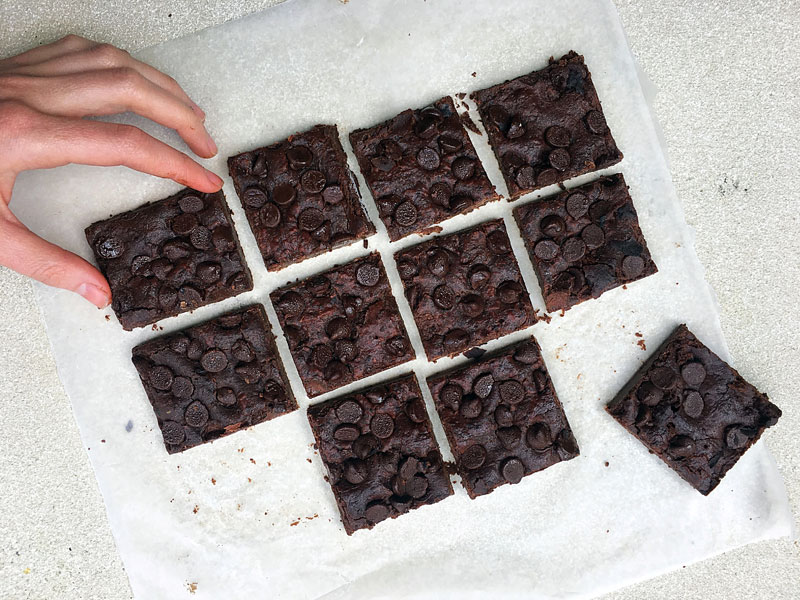 As a rule, I’ve always held that if you want a brownie, cookie, piece of cake, pick a good one and enjoy every bite. Don’t try taking beans and turning them into a “guilt” free brownie. 80-20 right? It’s the same thought I had when I put a cauliflower in a smoothie. I love veggies and I do like beans but in the right place, a brownie? Not so much.

Yet when I saw a food blogger claim these were the ultimate black bean brownie I had to try them and with nothing to compare them to except for my regular brownies I must admit, they’re pretty darn good.  They came out as a mix between a brownie and fudge and I like them best after they’ve been in the freezer for a bit and are cold and slightly frozen. To test how good they are, I randomly doled them out to unsuspecting taste testers – none of whom guessed a bean lurked within, and all of whom approved it as a winning brownie.

I like that these black bean brownies are a healthier version of brownies, but don’t have any of the expensive nut flours or exotic ingredients, making them a great budget healthy brownie. They’re also nut free and contain not a speck of flour making them a great allergen free treat. I made them vegan by using flaxseed powder to create a flax egg, although the original recipe uses eggs so that should work as well. If you don’t have coconut sugar, regular sugar will do and honey can take the place of maple syrup.

Print Recipe
Black Bean Brownies
These black bean brownies are a mix between a brownie and a fudge. They contain no flour or nuts and are both gluten free and vegan. All you need is a blender to whip these up! 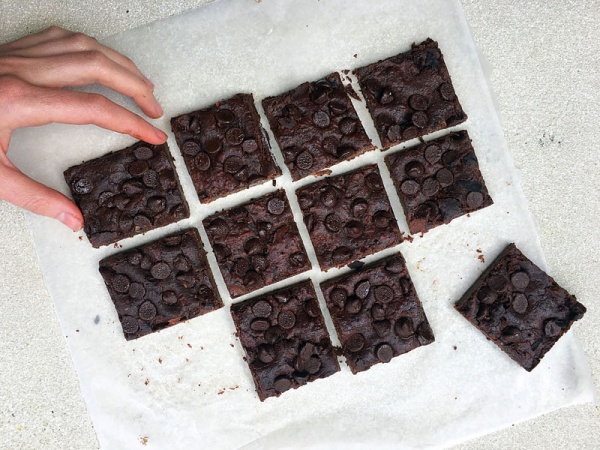 Ingredients
You will also need
Instructions

How a Motivational Speaker Starts his Day