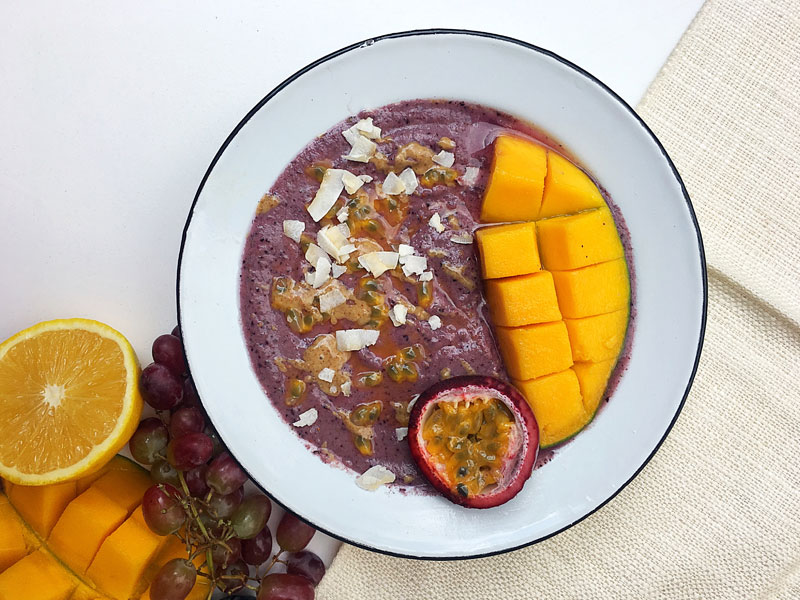 Scrolling through the bible of trends aka. Instagram I saw at least three different people mention putting cauliflower in smoothies. Once I scrolled past the third cauliflower smoothie post it was clear this was to become a trend.

The reason for using a white edible tree in a smoothie of all places was that not only is it a great substitute for banana (they say it gives that creamy feel), it has less sugar and calories than fruit and is a fun way to get more veggies in your diet. Don’t worry, they claimed, you can’t even taste it.

For research purposes I tried it. I did (gasp) add banana, but I need some sweetness in my smoothies and ½ a banana seemed better than syrup or honey. While I was going all veggie on my smoothie I added kale as well.

The resulting smoothie was actually quite good. The main flavour was blueberries not cauliflower.

However, even with the banana it was not creamy; it had a slight graininess to it. Taste wise, if you were to hand it to someone without them knowing it had cauliflower in it (Apologies to my cauliflower hating sister) you wouldn’t notice that it was there. But I knew it was in there and could identify the slight cauliflower taste.

I personally do like cauliflower but would rather eat it roasted or in pizza or couscous, than adding it to a smoothie.

But it you’re looking to add more veggies in your diet and are curious, this recipe is a good start.

One tip I saw is to boil/steam the cauliflower before freezing it as it makes it easier to digest. I didn’t do that here and had no issues, but if you do find cruciferous vegetables hard on your system, steam it first. 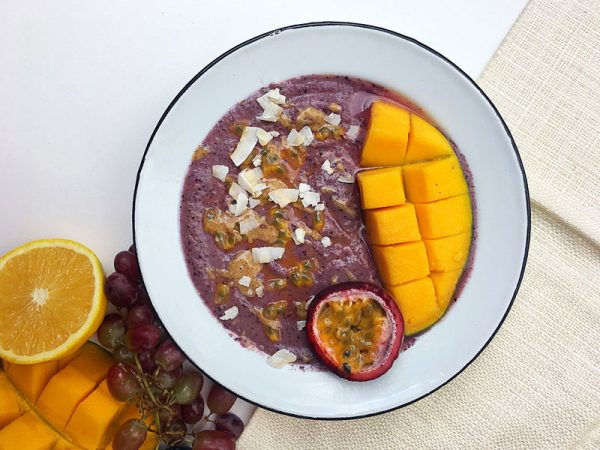 Always put liquid first in the blender when making smoothies. It makes it easier to blend.

A Berry Platter with Labneh and Orange Oil from Ottolenghi Flavour