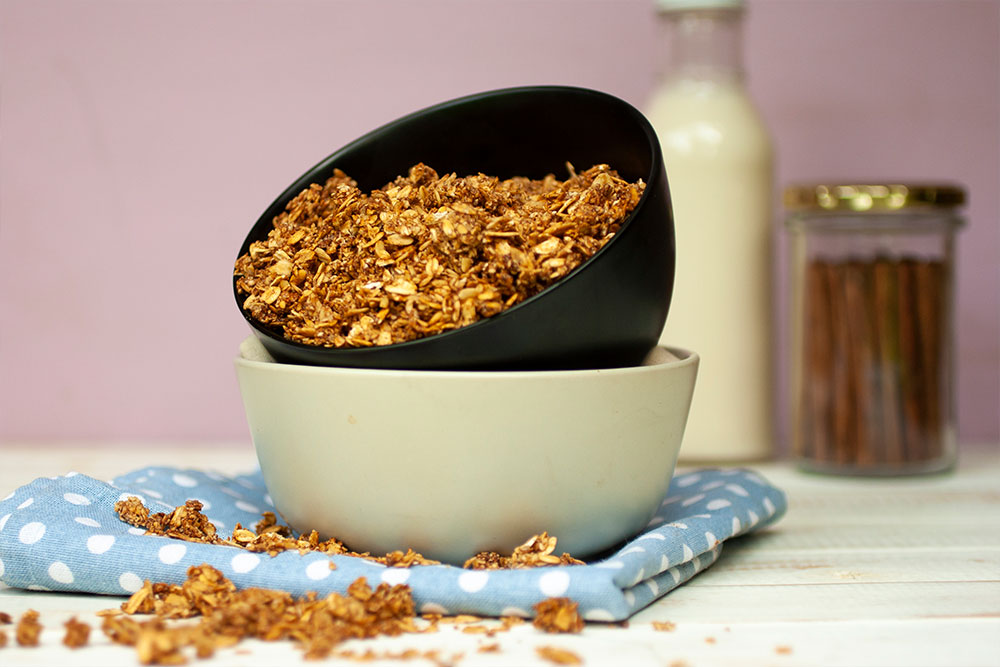 On our Bedside Table: Wars, Families and Secret Lives

This cinnamon crunch cereal is a mix between granola and a cereal. It has no nuts or seeds, just simple ingredients you most likely have on hand. To create it’s texture I divided the oats in half and pulsed half of them into a flour – that helps it’s bind better into delicious cinnamon clumps. To bind it I used egg whites which make pieces stick together and also give it more crunch.

It’s perfect for days you just want a big bowl of cereal with milk, want something crunchy to top a smoothie bowl or just want a crunchy cinnamon snack. It’s addictivley delicious. 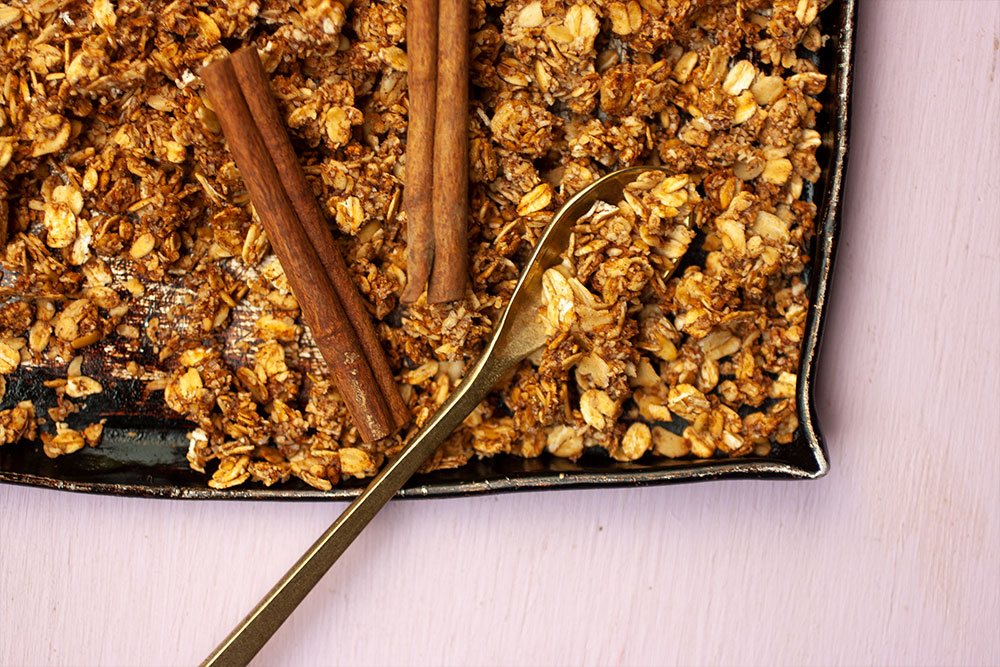 Print Recipe
Cinnamon Crunch Cereal
A simple to make cinnamon crunch cereal for morning's when all you want is a big bowl of crunchy cereal. 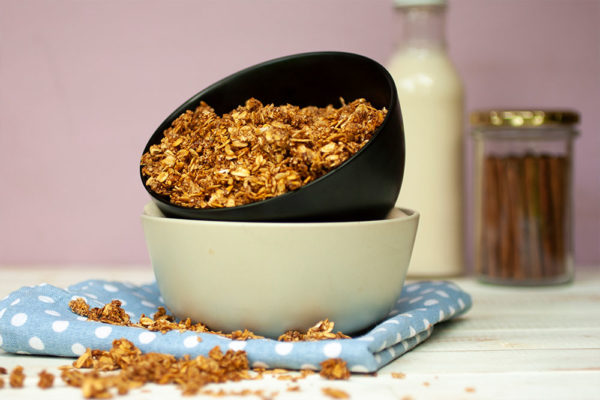 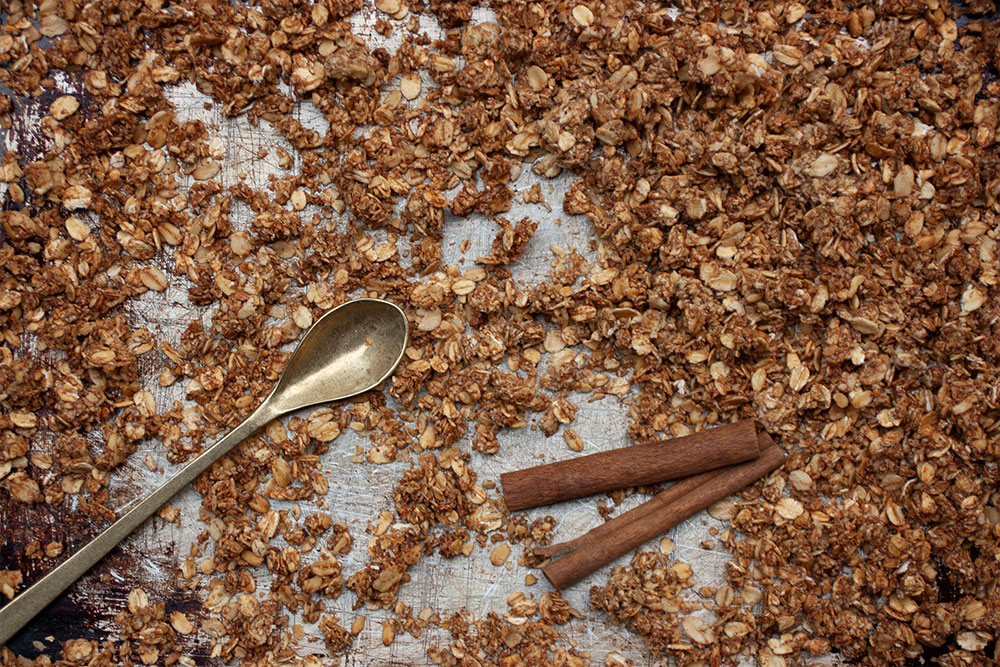 In Search of the Perfect Face SPF

On our Bedside Table: Wars, Families and Secret Lives

In the Kitchen, Recipes

The Secrets to Making a Smoothie Bowl