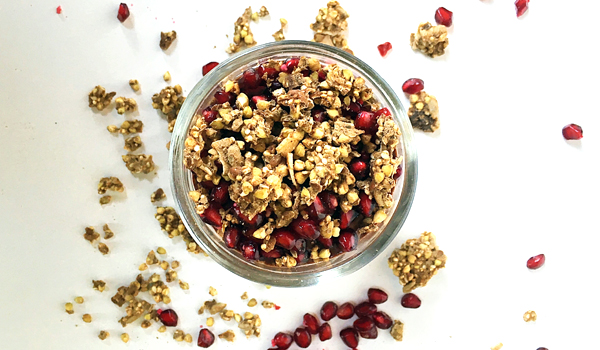 These Cocoa Coconut and Pomegranate Chia Breakfast Parfaits require some foresight as you need to allow the chia seeds to soak overnight to create a thick pudding like consistency. If you don’t have a blender or want to save time, you don’t have to blend the chia pudding to make it smooth, but I much prefer it smooth – resembling a mouse (plus you don’t have to worry about tiny chia seeds getting stuck in your teeth).

The combination of the smooth cocoa coconut chia pudding, tart pomegranate seeds and crunchy Herbivore Superfood Cereal is delicious. Assemble in jars for a breakfast you can take with you. 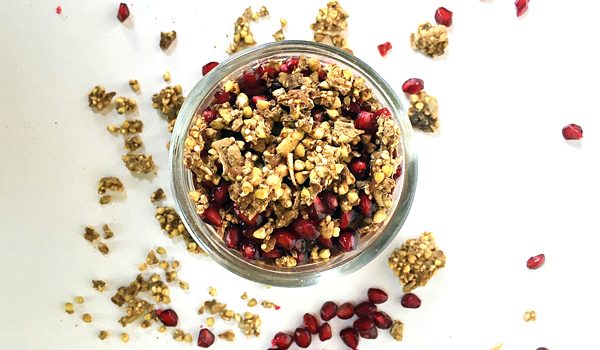 Ingredients
To serve
You will also need
Instructions
Recipe Notes

The pudding will last in the fridge covered for 2-3 days. Assemble it when you are ready to eat (no longer than 2 hours in advance so the cereal doesn't get soggy)

You can replace Herbivore Super Cereal with granola

You can use any liquid sweetener to replace the maple syrup. 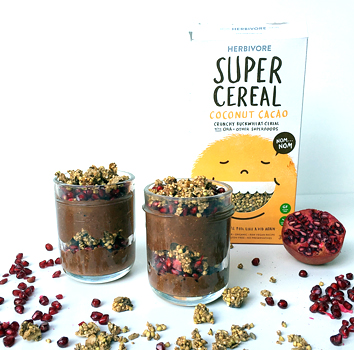