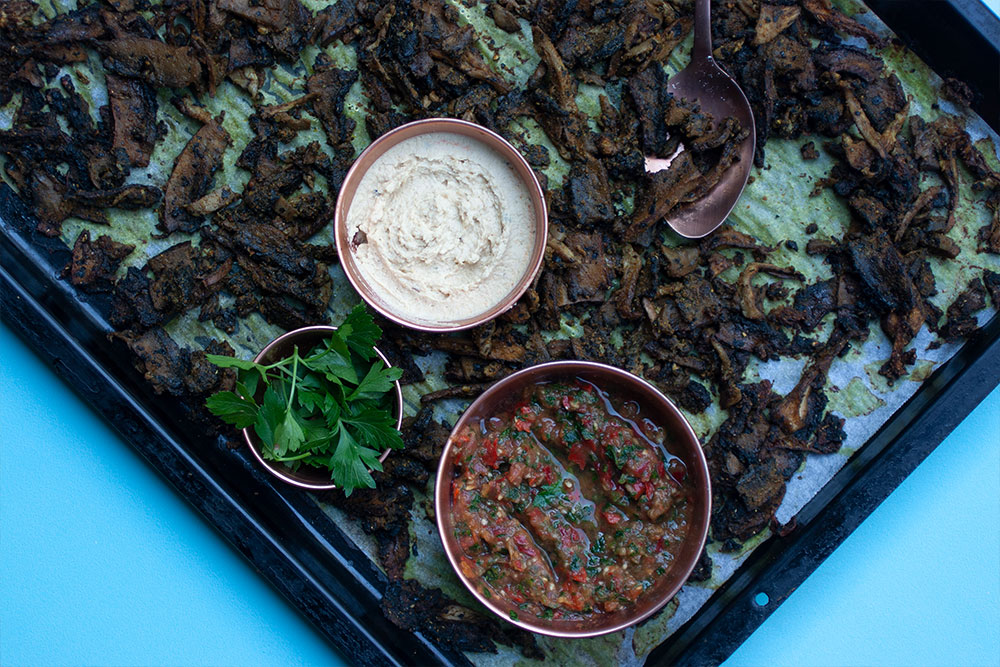 8 Questions with Sam Beckbessinger, Author of Manage Your Money Like a Grown Up

The inspiration behind this mushroom shawarma recipe came via a 15 second Instagram story featuring a Miami based deli’s new menu item – mushroom shawarma. I love mushrooms and love shawarma and the combination sounded amazing. It promptly got added to a running list of recipe ideas I keep. Apart from the traditional meat/chicken-based shawarma, I’ve rubbed a shawarma spice onto cauliflower to create cauliflower shawarma, which as delicious as it was, lacks the meatiness associated with shawarma. Enter mushrooms, which are meaty and pack that umami flavour. I started by experimenting with different kinds of mushrooms and different combinations of spices. I settled on using two types of mushrooms – shimenji mushrooms, which are small white wild mushrooms that have a chewiness to them, and braai mushrooms, which are big, brown and have a meatiness to them. If you can’ find braai mushrooms, you can use portobello mushrooms. They’re a little smaller than braai mushrooms but have the same taste. 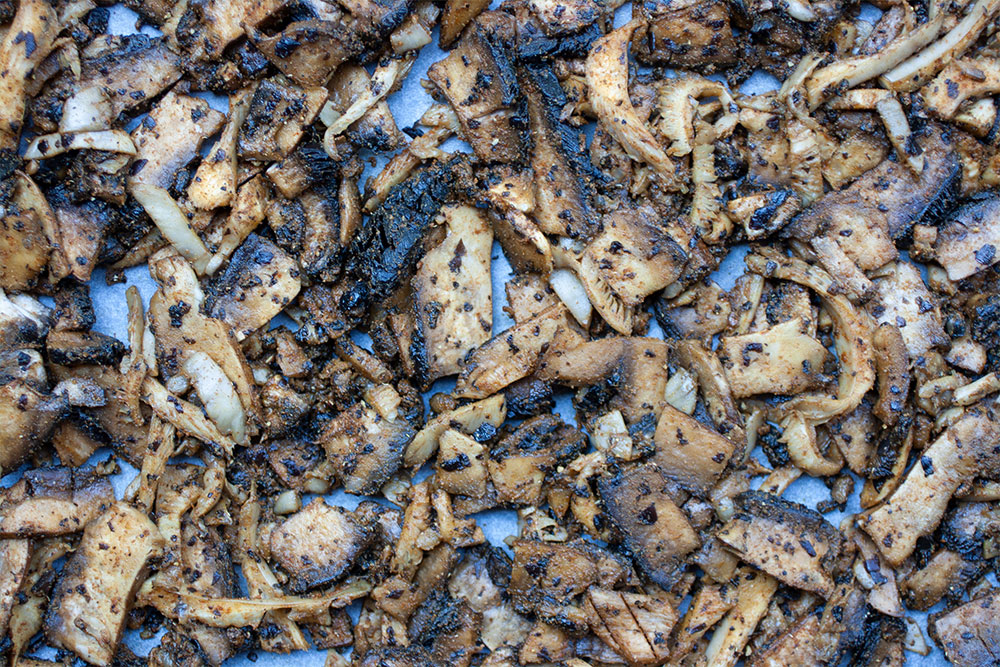 The shawarma flavour comes from a shawarma spice mix, which is just a blend of spices. The quantities are below and you can double or triple the recipe and store in a jar for later use. Alternatively, you can use 3 tablespoons of a store bought shawarma blend, this is the one I like.

You can serve the mushroom shawarma as you would shawarma – in a pita or laffa with loads of hummus, diced veggies and tahini. Alternatively, you can create a shawarma bowl with fresh or roasted veggies, tahini, and a grain like couscous or bulghur wheat. It’s also delicious on a piece of crusty bread with lashing of hummus. 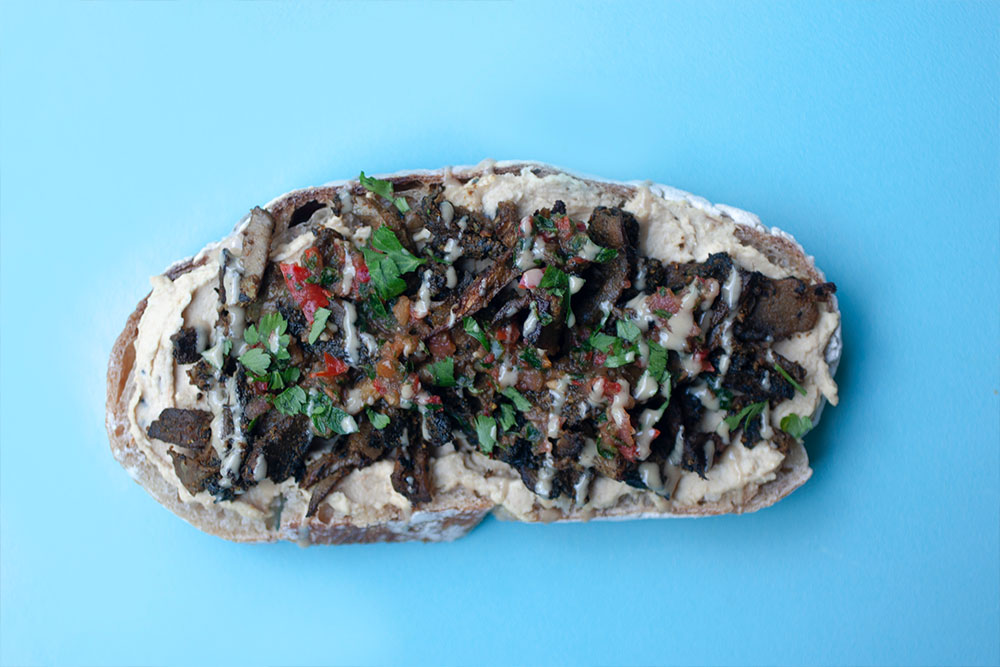 Print Recipe
Mushroom Shawarma
Mushrooms have a meatiness that makes them perfect for a plant-based mushroom shawarma. They're sliced, rubbed in a shawarma blend and baked until perfectly cooked. Serve in a pita, laffa or bowl loaded with hummus and diced veggies. 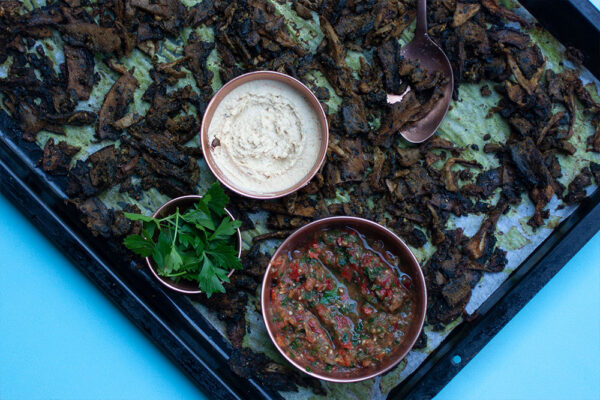 You can use 3 tablespoons of store-bought shawarma mix instead of the blend. 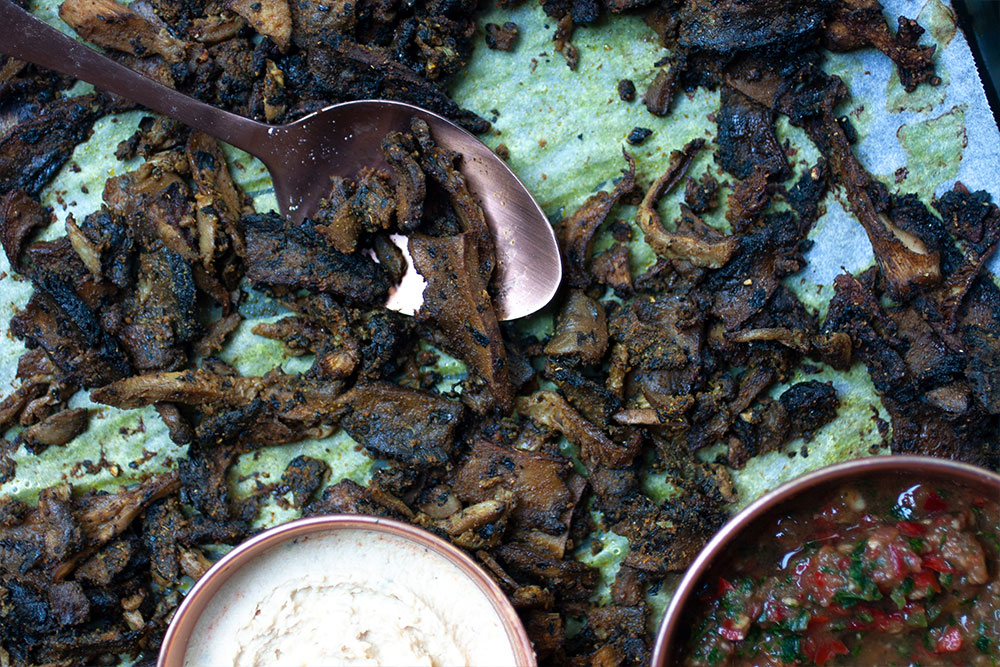 8 Questions with Sam Beckbessinger, Author of Manage Your Money Like a Grown Up

Are You Roasting Cabbage? Because you should