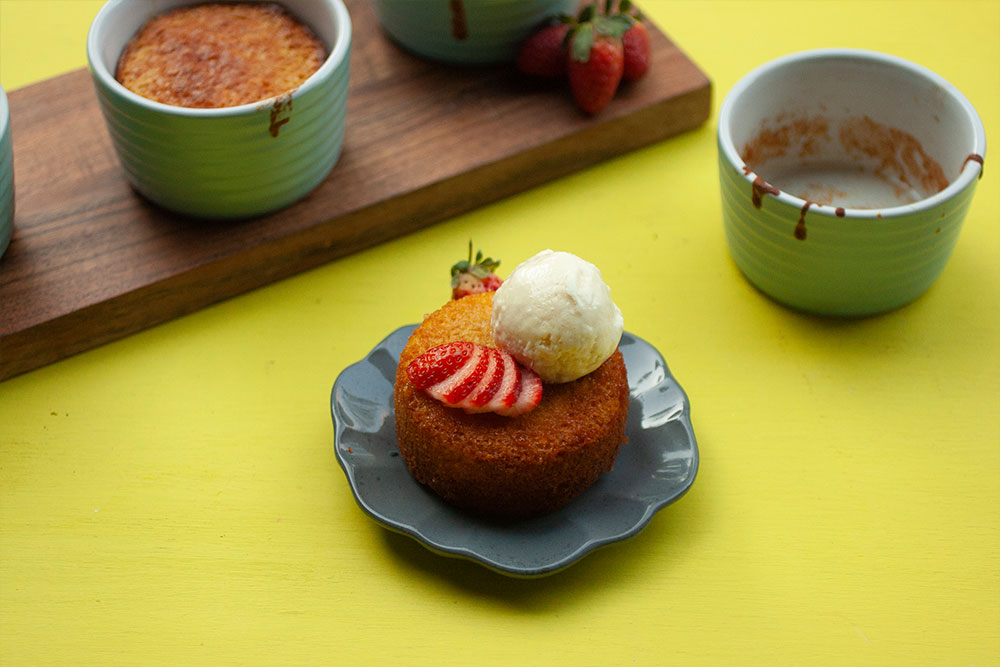 Pinch of Nom is one of the top UK food blogs. Pinch of Nom was started by Kate Allison and Kay Featherstone, restaurant workers who wanted to lose weight. The blog was a way to share recipes that were lighter but didn’t make you feel like you were on a diet. Their Facebook group was a way to connect to people, who like them, wanted to loose weight and eat better, but not feel deprived.

Their first cookbook, “Pinch of Nom”, features over 100 slimming home style recipes. Flipping through the cookbook, filled with colourful tantalizing pictures; it’s clear to see that each recipe is a reflection of their goal; to create a space for those who felt neglected by the diet industry. A place equally welcoming to those who have fallen off the wagon, and to those who have reached their destination. The recipes don’t feel restrictive, but they include simple smart swaps to reduce calories, make recipes lighter and include loads of spices for flavour. They include a key system, whereby recipes are marked everyday light, weekly indulgence and special occasion. And if calorie counting is your thing, they’ve included a count per serving. 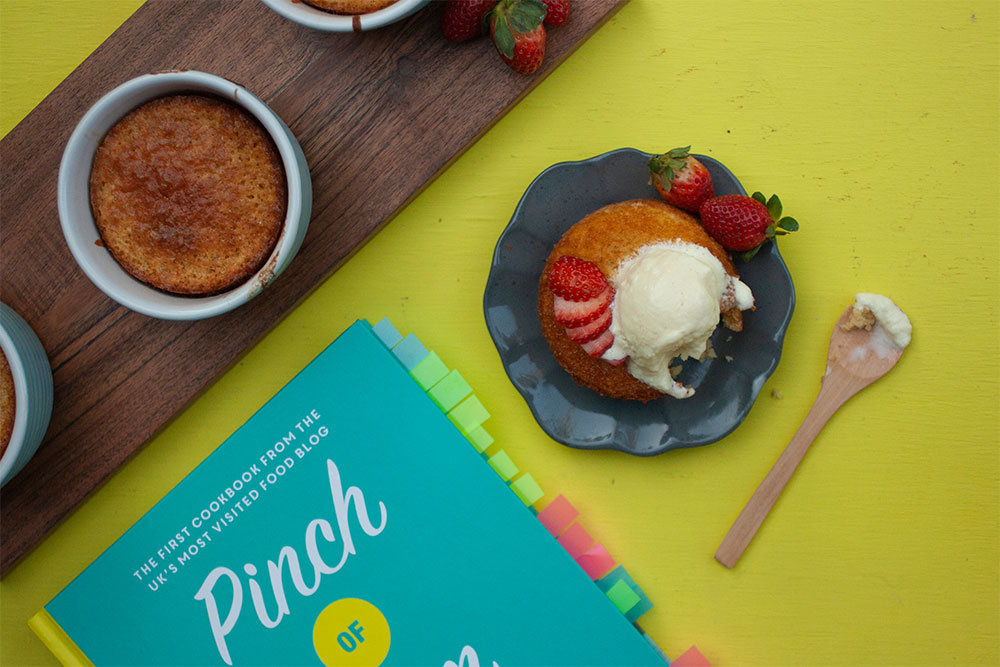 It’s a cookbook best suited for starter cooks and anyone who wants to learn how to make delicious food that’s lighter and healthier. Pinch of Nom does a great job of teaching you how to make tasty food that fits within a diet, without feeling like you’re depriving yourself. As almost all recipes include either meat, fish, dairy or eggs I wouldn’t recommend it to those following a vegan diet. If you’re vegetarian, there are a good amount of options that involve only dairy or eggs, but recipes in the “mains” section mostly involve a fish or meat protein.

The only thing in the book I disliked was that they use wraps as a substitute for breads and pastries – in pies, strudels and tarts. It’s really creative and something I haven’t seen before. But I’m a bread and pastry snob who loves the art of making different types of breads and pastries and understanding how each type differs and is best used. To me there’s something wrong about an apple strudel made in a tortilla wrap. However, for someone looking to lose weight, swapping a pastry with a wrap can be a smart choice.

I chose to share their recipe for Sticky Toffee Pudding not only because it sounded delicious; but because I think the recipe is a great indication of how they view food. A sticky Toffee pudding is not something you’d expect from a “slimming recipe book”; especially not one that includes regular flour and is not touted as being gluten free and grain free – words that are so often used to give the appearance of being healthy. It’s a sticky toffee pudding that’s not pretending to be anything else – it’s made from simple and accessible ingredients – much like the rest of their recipes and it doesn’t apologize for the flour or sugar included therein. It’s marked as a special occasion recipe, which it is, and it’s individual size makes it easier to control portion size. Allowing you to have your cake and eat it too. It came out as a cross between a sponge cake and sticky toffee pudding – it’s less sweet and is drier than a classic toffee pudding, but is nonetheless delicious.

The only thing I changed, was using softened coconut oil instead of the reduced fat spread they suggest, as I prefer not to use that in my cooking, but you can switch the coconut oil below for the same amount of reduced fat spread if you want. Lastly, I’d suggest serving it with a dollop of ice cream or date caramel sauce. 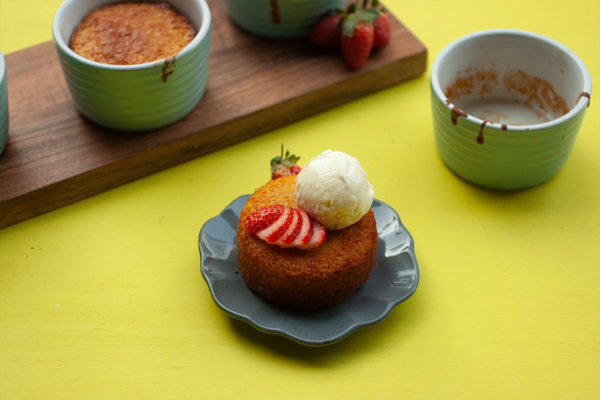 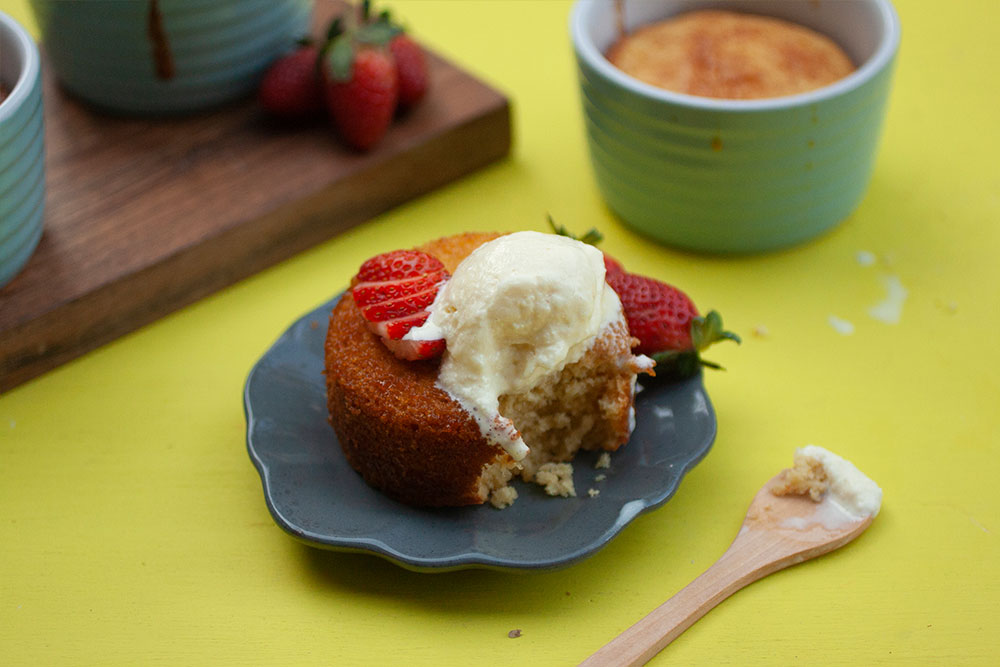 Pinch of Nom was gifted to us by Pan Macmillan and is available here. Pan Macmillan nor the author approved or reviewed this piece prior to publication. Opinions are our own. The recipe is reprinted with permission, images are our own.