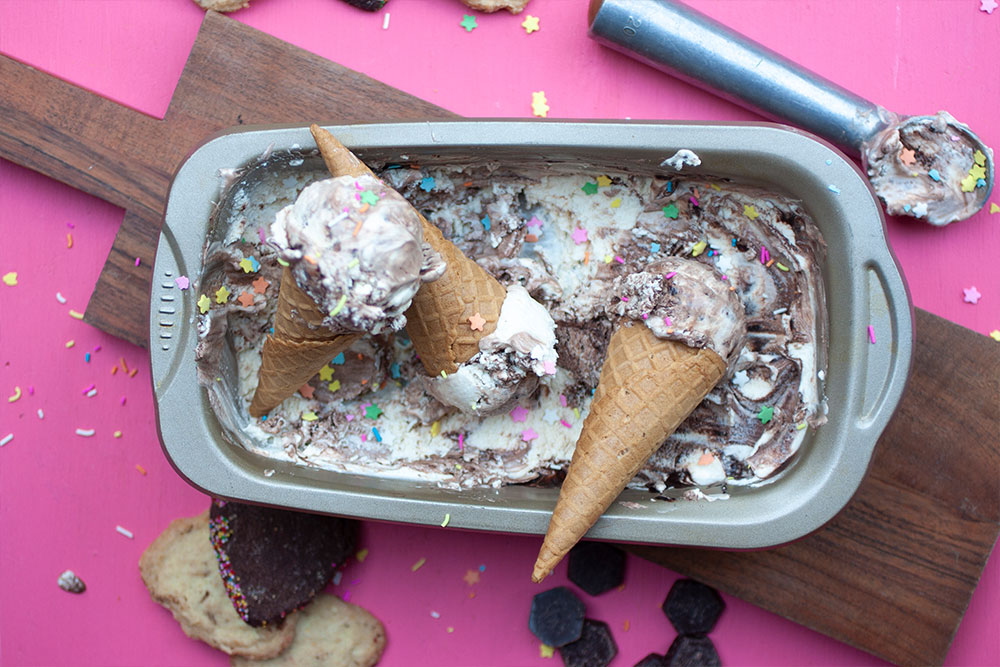 A final note on the coconut condensed milk I used (available here), It needs to mixed well before adding it to the cream. When opened, it has the sweet date caramel like layer underneath a thick coconut layer. Those two layers must be mixed well. It should also be room temperature, not refrigerated prior to being opened.

After whipping my cream and adding in the coconut condensed milk I swirled in a chocolate fudge sauce. It doesn’t completely harden in the freezer and adds a delicious flavour the ice cream! 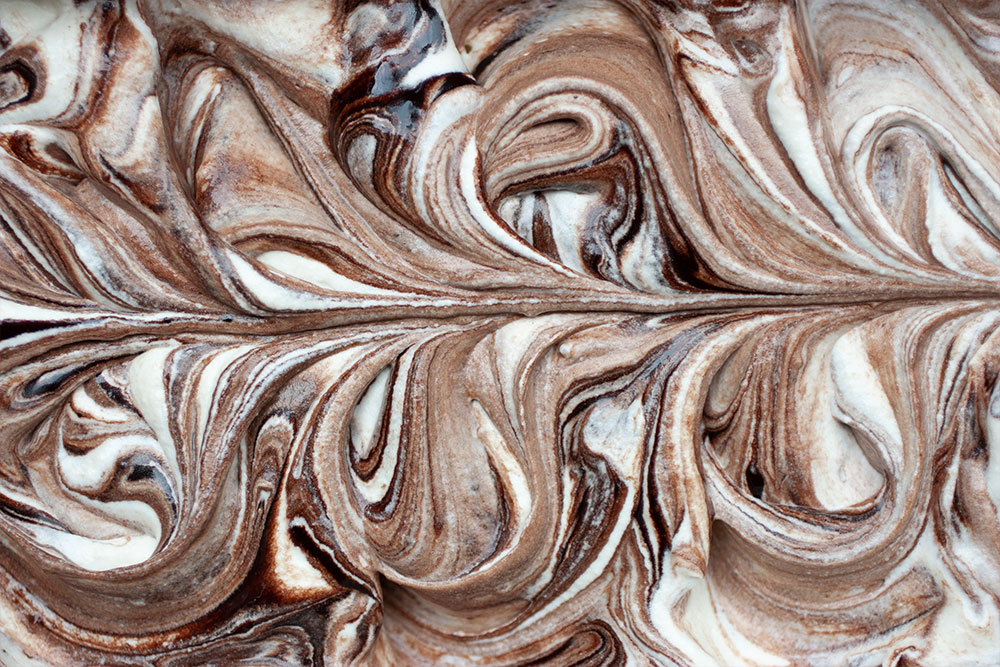 Print Recipe
Vegan No Churn Ice Cream with Chocolate Fudge Swirls
a vegan no-churn ice cream that's ultra creamy! Made from 2 ingredients with a chocolate fudge sauce folded in, it's easy to make and delicious! 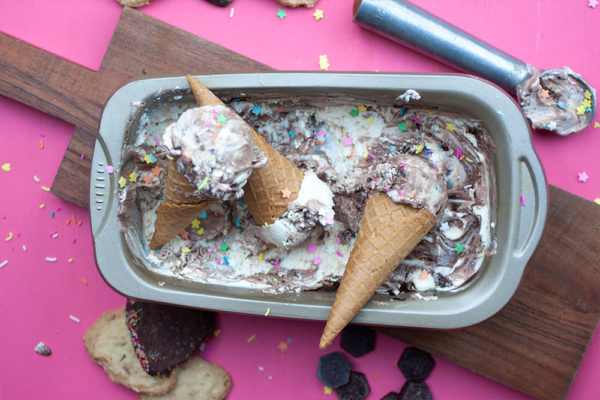 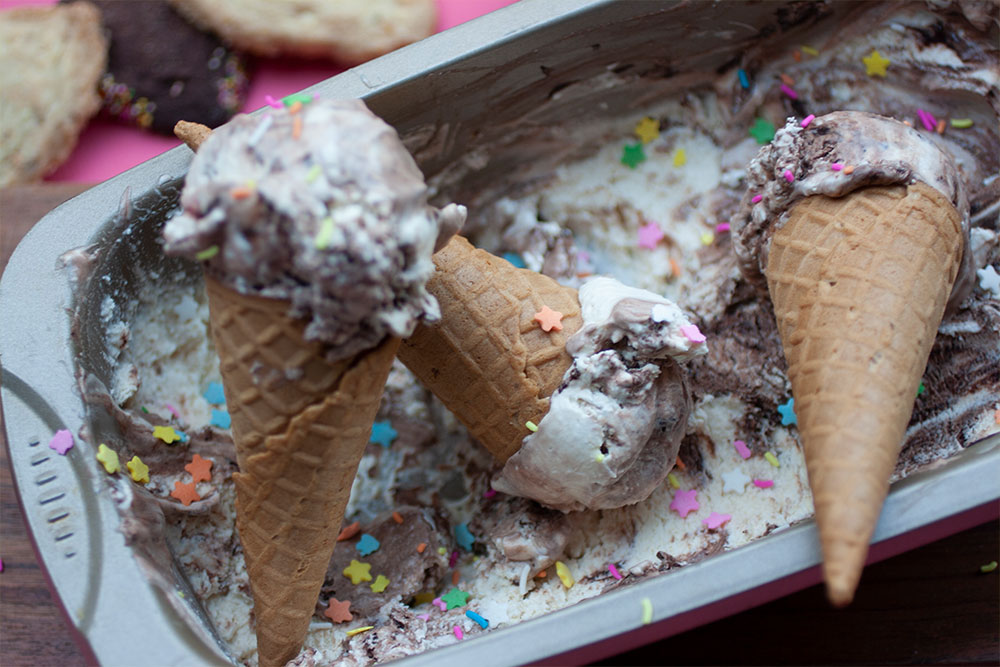