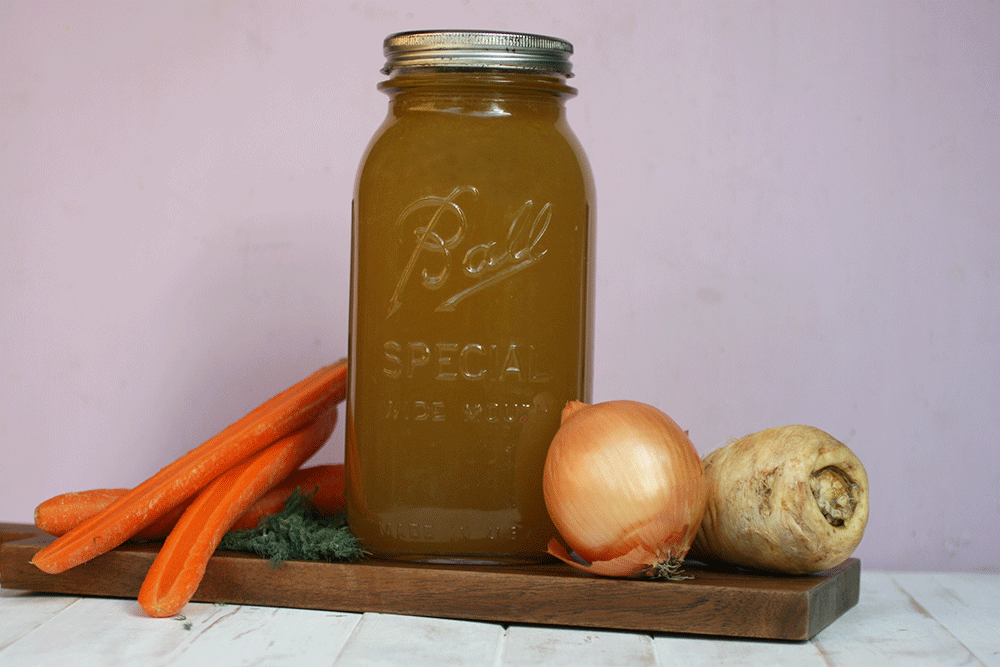 I make bone broth on a regular basis (here’s my go to recipe) and bone broth bowls are one of my favorite meals, especially in winter. I have never made vegetable broth, but after seeing it a few times I wanted to see if it can hold up next to bone broth.

I reference two recipes (here and here) to make the vegetable broth, and not only is it a lot quicker and easier to make than bone broth, it tastes really good. You don’t peel any of the vegetables as the skin and peels add to the flavour and nutrients, but I suggest scrubbing them well. I used this fruit and vegetable wash which comes in handy for all the times I leave the skin intact. I have read that you can save the peels and scraps from your veggies, store them in a packet in the freezer and when it’s full enough turn those scraps into broth. I have not tried that, instead I use whole vegetables. Even with using whole vegetables, much like bone broth, it’s a super affordable dish.

I’ve used this broth in broth bowls (add in some vegetables, noodles and a protein), to cook quinoa (the liquid is absorbed which gives it a richer flavour) and anywhere broth is required. It beats store bought broth!

Print Recipe
How to Make Your Own Vegetable Broth
Making your own vegetable broth is easier than you think. Just a bunch of vegetables, chopped and boiled and one hour later you have stock ready to go. 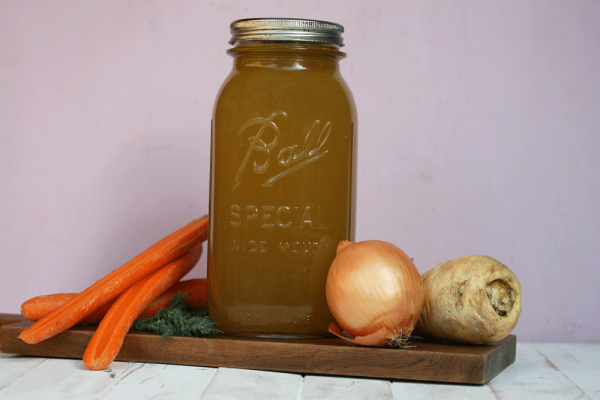 *This article contains affiliate links which means that if you click on them and make a purchase, we may receive a small commission. Thank you for supporting us.