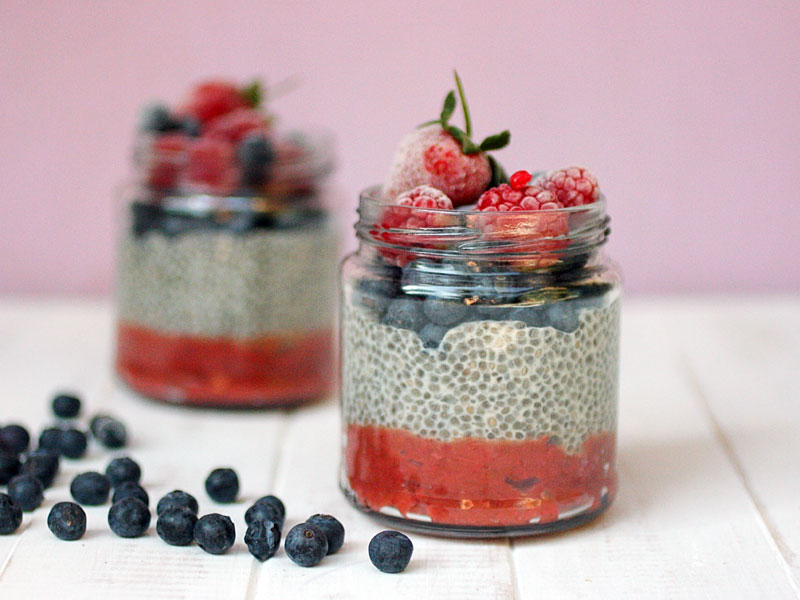 To be perfectly honest, chia pudding isn’t what one would call delicious. In fact, a basic chia pudding is a bit bland. It’s a great base, but it needs the help of some added ingredients to become a flavorful and delicious breakfast.

In this case, that little help is a homemade rhubarb and strawberry jam. A recipe I discovered here, tweaked a touch (no ginger, adding lemon juice) and have made numerous times using it on toast for a PB&J; swirled in oatmeal; instead of the berry mixture in these breakfast muffins and swirled into ice-cream. It’s quite literally insane – sweet, yet tart and is the reason why if I see fresh rhubarb, I get it. The amount below makes enough for two chia pudding jars, but if you have left over rhubarb and strawberries I suggest doubling the recipe for the jam and using it for something else.

For the Rhubarb & Strawberry Jam