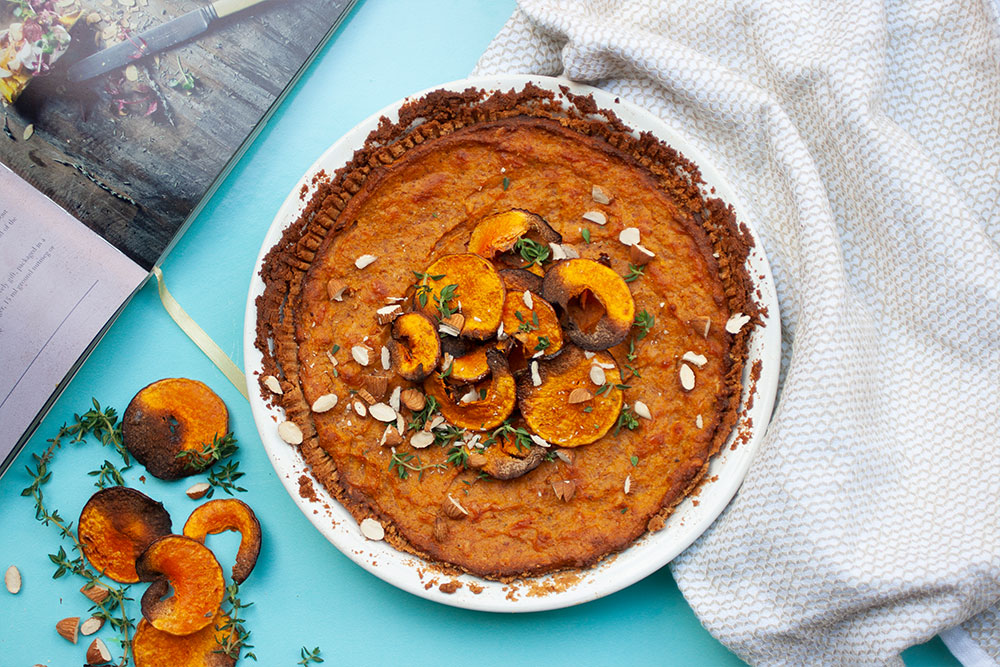 Jan Hendrik van der Westhuizen is the first South African chef to obtain a coveted Michelin Star. He grew up in Mpumalanga where his culinary journey began – at the tables of his mother and grandmother. It was there he learnt about true South African hospitality which became the foundation of JAN – his award winning restaurant situated in Nice, France.

Jan – A breathe of French Air is his second cookbook and is filled with recipes that capture French cuisine, the high end dishes you’ll find on the JAN menu and unmistakable South African dishes (mosbolltjies and a biltong and crisp sandwich). The book is divided into chapters according to the featured ingredient – bread, fish, meat, produce, pastries, cheese, bite sized dessert and quick midnight meals. At the beginning of each chapter – labelled by its French name, there is an explanation and story that transports you to the French Riveria and the kitchen of JAN.

The pictures that accompany the recipes are stunning, and the plating, showcasing food displayed as edible art left me mesmerized. The recipes, while not basic and fast, aren’t crazy complicated and are all tagged by level of difficulty. If you love French cuisine, cooking and fine dining, it’s a cookbook you’ll appreciate and use. It does, unsurprisingly give ingredients in weight – grams and mls, not cups – another reason to get a kitchen scale 😉 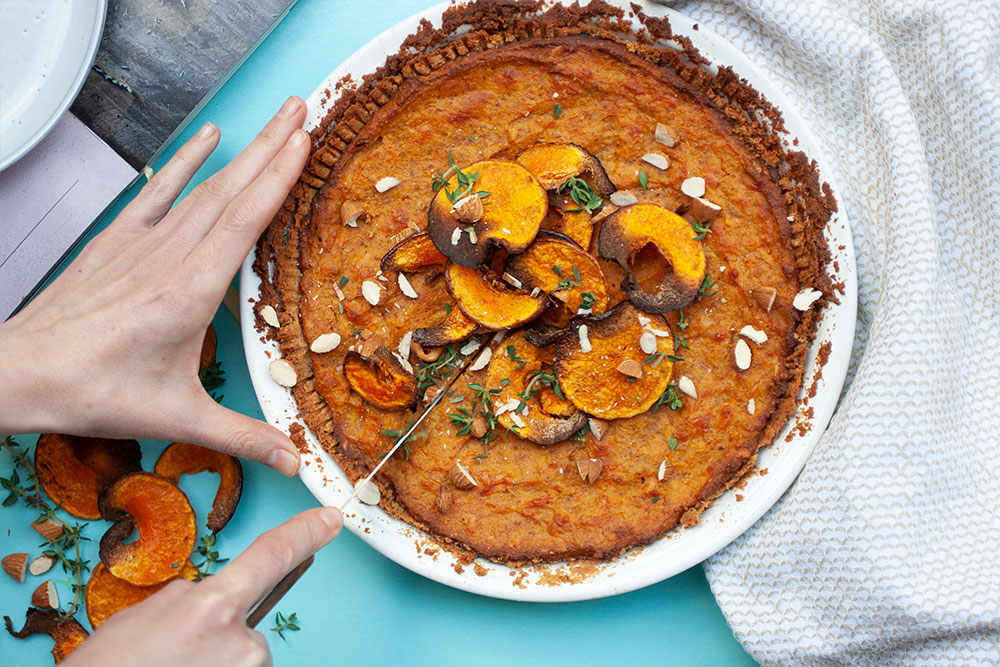 It’s a cookbook I know I’ll get much use of and one that I already love. How can you not? You get to learn to cook from a Michelin star chef! I’ve tagged dozens of recipes to make and have already made his Baked fish provencale (which was delicious), butter from scratch (magical) and of course the recipe I’ve chosen to share here – his Roasted Butternut and Almond Quiche. A quiche unlike any other quiche I’ve had. It’s surprisingly hearty and full of flavour despite it’s relatively short ingredient list. It reminds me of a kugel, a traditional Jewish dish, but one that’s dairy and would do well at a Shavout meal.

I made it gluten free by using a gluten free flour blend (this one here), but he uses all-purpose. You can use either . Other than that change, everything is the same as his recipe. I topped mine with almonds and butternut chips which I made by slicing half a butternut thinly (a mandolin slicer is great for this), drizzling with olive oil, salt and pepper and baking at 200C for about 10 minutes until crisp. 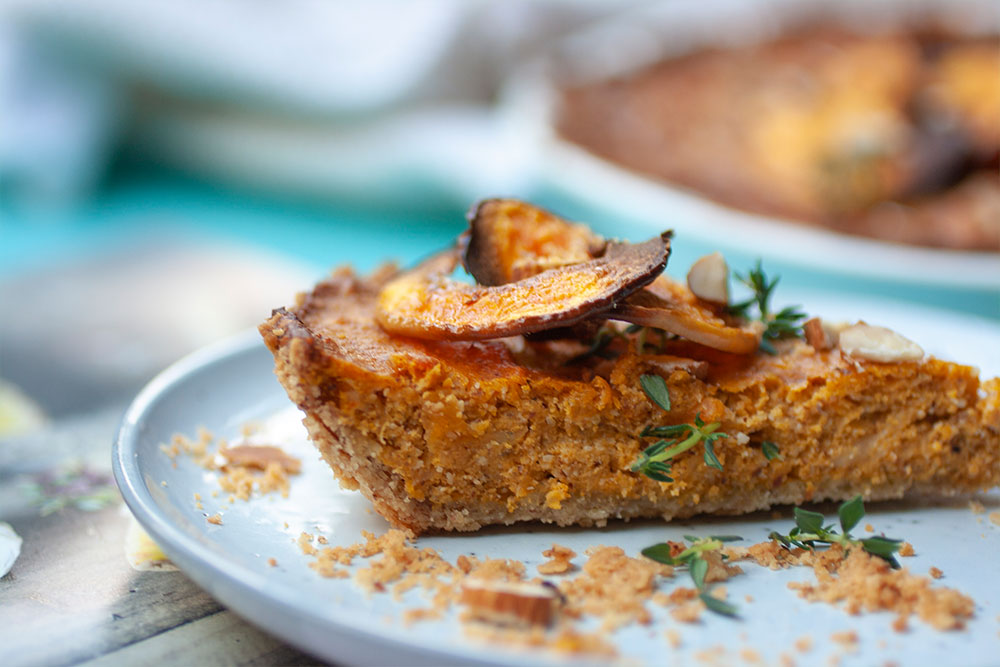 Roasted Butternut and Almond Quiche from Jan: A Breath of French Air 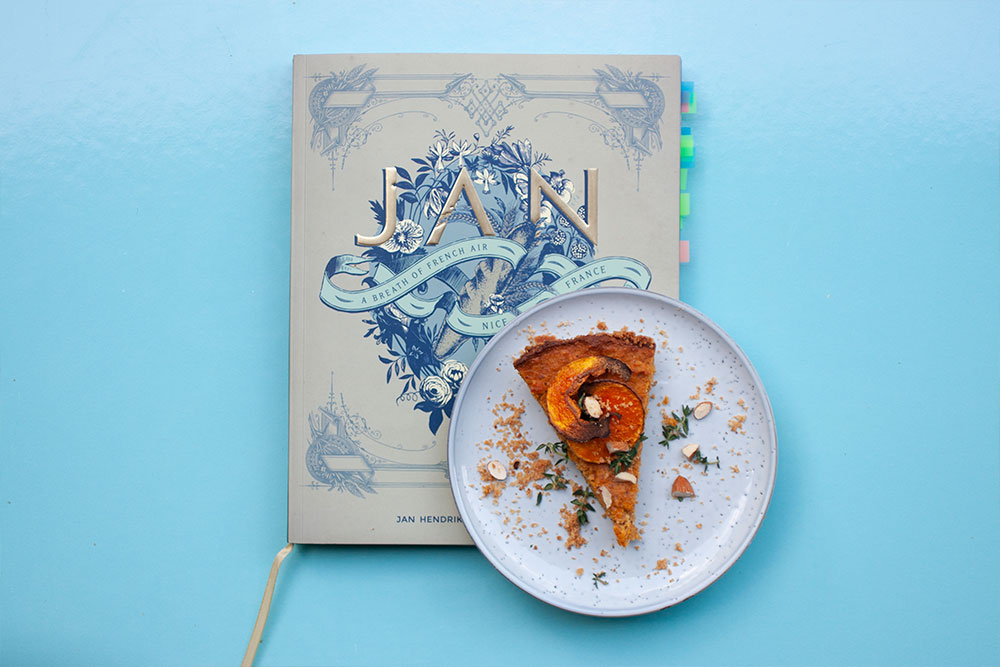