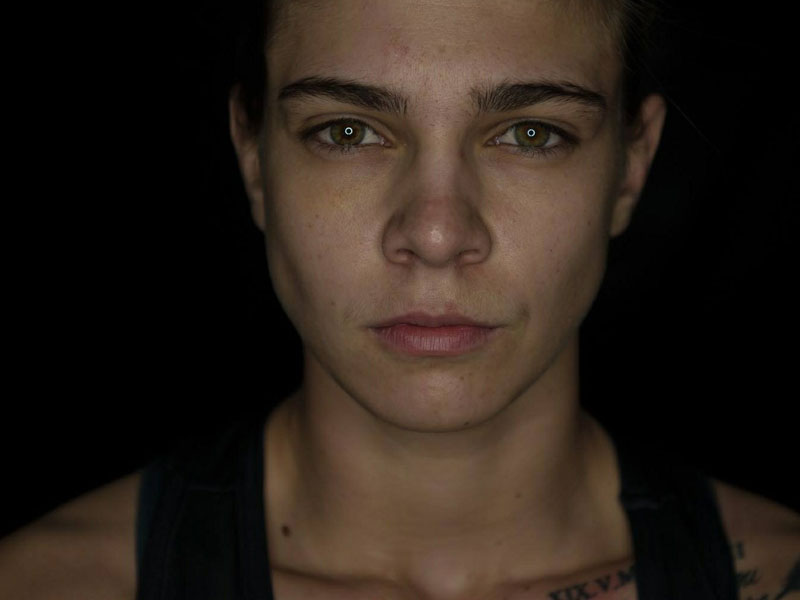 You can now Inhale Your Vitamins [+ Inhale Health ™ Giveaway]

Today Shana Power is a professional MMA Fighter, a coach and a business owner, but it hasn’t come to her easily.

Her whole life, Shana has been fighting against gender based stereotypes. As a young child, she excelled in soccer but playing was challenging. As the only female on a male team she had to deal with being looked down on as just the girl but she didn’t let it affect her game.

“I always made the Boys A-team and the first team.”

It took a very long time for her to bring other girls in but eventually in Grade 10 she opened the first female soccer team at her school, which she coached and captained.

“I have always been in a position of leading and inspiring others in a sport that they thought they could never achieve or be good at. At the time it was hard, but it has only made sense to me now that I’ve landed up at Fight Fit Militia. I feel like those times gave me the skills I have now on how to deal with males in sport. It was hard growing up but now I’m grateful.”

Shana joined the Fight fit Militia team after meeting Norman “Chef” Wessels. After studying a diploma in fitness and specialising further in sports conditioning he offered her a space to do her apprenticeship citing “Not all gyms are a Virgin Active”.

It was there that she fell in love with MMA and for the first time in her life experienced acceptance. 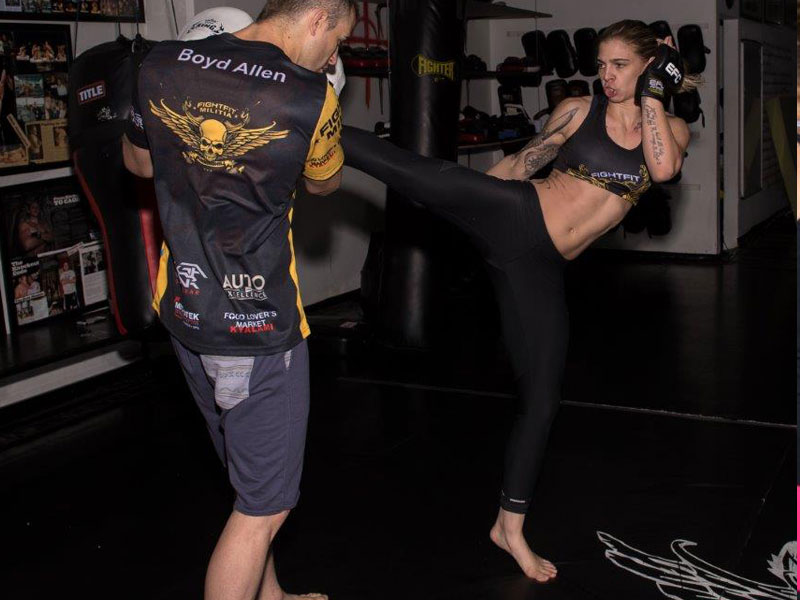 “Fight Fit is the first team that I have been accepted in and I don’t feel inferior to them. By all means, I had to prove myself to them, and it took a long time for me to get their approval, respect and recognition but now I don’t feel any different.”

The same way that age is just a number, gender is just a gender – I’m as capable as them to do what they do and it doesn’t matter what or who I am.

MMA (Mixed Martial Arts) is an unconventional sports choice for a woman.

“It is a male-dominated sport and the reason is because of the brutality of the sport. You get hit in the face and cut and girls shouldn’t get hit, they shouldn’t have scars on their face. It is a rough sport but we are trying to change the stereotypes.”

MMA is made up of a range of disciplines and fighters can choose their style. The three main bases are Stand Up (i.e. Boxing, Muay Thai), Contact (I.e. Judo, Wrestling) and Groundwork (I.e. Brazilian Jiu-Jitsu). Because of the variety MMA is also a hard sport to learn. “You need to master 3 different disciplines in a short period of time that take one person a lifetime to master.”

Perhaps the biggest misconception is that MMA is all about diving into a cage, letting out aggression and fighting, when in truth it’s by and large a mind game.

“There is a lot of Strategy involved. Our head coach Richie Quan is great at strategy and coming up with a game plan. We all have our style preferences but you need to consider your opponent and try to beat them at their weaknesses using your strengths.”

Fight Fit Militia as a team focus on being well rounded in every aspect so that’s there is nothing that they are faced with in the cage that they can’t adapt to. 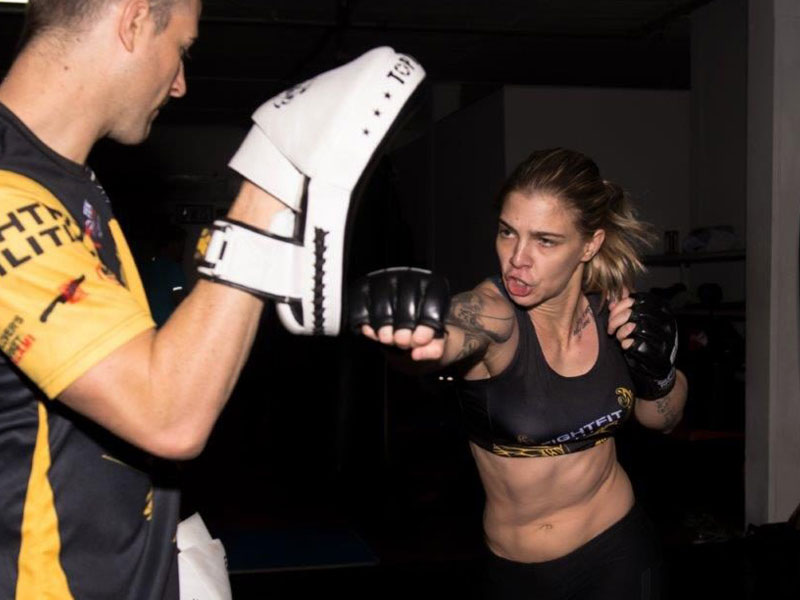 Shana is the only female on a male team and the only female trainer at FFM, which further illustrates the extent of the minority role that females play in the sport. She also runs the ladies Muay Thai and BJJ Classes just because “in general women feel safer being coached by a woman.”

The perception of the sport as a male only discipline has changed overseas with the likes of Ronda Rousey and Holly Holm making headlines, but locally there are about 4 women (Shana included) entering EFC and changing the perception at home.

“It’s an old school mentality vs. new ideas and accepting the idea that anyone is capable of doing anything. If you’re good at a sport, you’re good at a sport. If I can learn as fast as a male, then why must it be only for men to do? It’s been hard but I’ve also been fortunate in that I am accepted in my team and I don’t really care about anyone else’s opinion, whether they are stereotyping, or sexist comments, or the fact that I am married to a woman. It all comes as part of the territory.”

Despite people’s perceptions, Shana doesn’t like putting herself in a box. 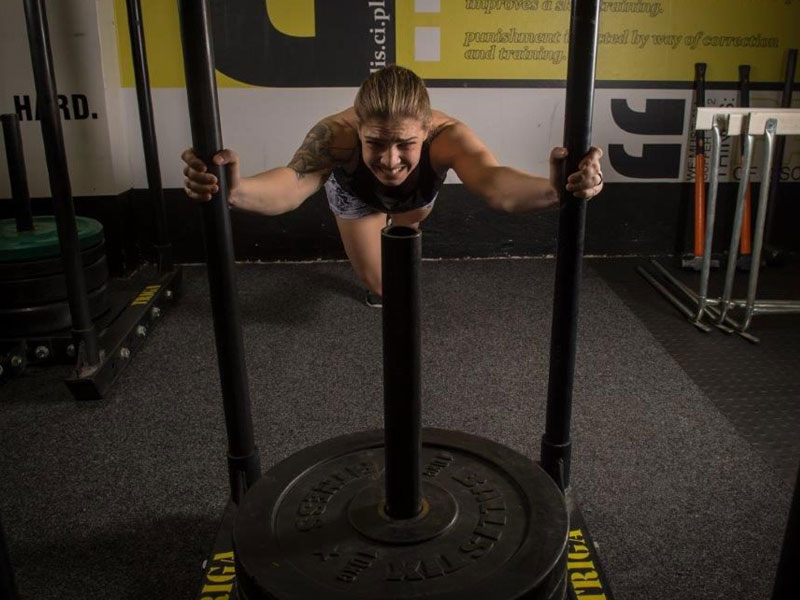 “It’s funny that I’m in a male-dominated sport and I’ve had to change people’s perceptions there and that I’m also trying to change people’s perceptions about gay men and women. We are human at the end of the day and it doesn’t really matter what our sexual preferences are behind closed doors. I married my wife because of who she is and her personality. In the same breath I could’ve landed up with a guy but I met my wife and that’s who I fell in love with.”

Not only has Shana had to deal with the “Oh you do a male sport so you must be lesbian” stereotyping, but last year when she was set to fight against Amanda Lino for the Flyweight title and failed to make weight, she was met with vulgar comments.

Currently, EFC has one division for women which is Flyweight (52-57kg). Shana weighed in at 57.8kg and the fight was cancelled.

Choosing your weight range is another strategic decision that is part of the MMA world. MMA athletes always want to weigh in at the max of their weight group, so they can be the strongest in their division.

“You need to look at your frame and size and make your decision. If you’re lazy and walking around at 66kg but you’re fat at 66kg, it’s not your division you should be lower. When girls weigh in at 66kg, they are muscular they have had to cut from 70kg.” 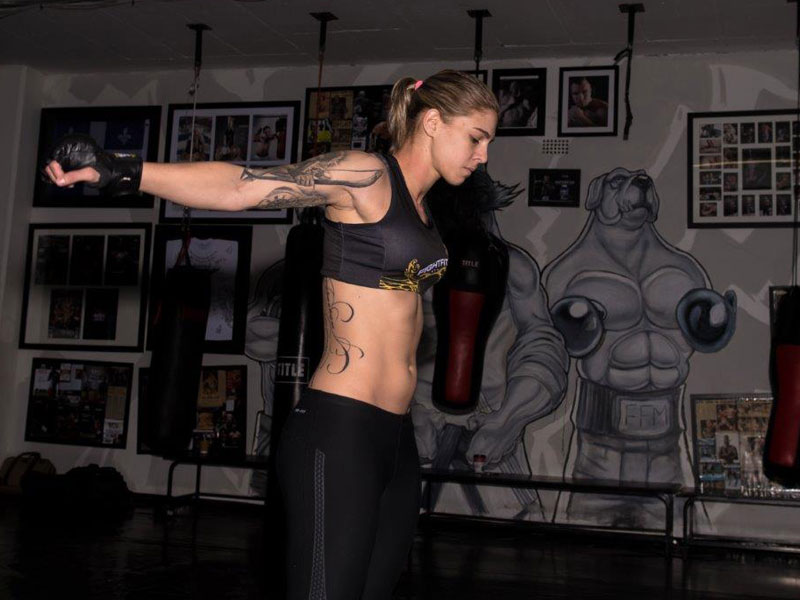 Weight cutting is part of the sport but Shana’s history with weight cutting has been drastic and made more complicated by her 2012 diagnosis of pulmonary embolism.

“I had 28 clots on my lungs. They told me I was lucky to be alive. I was put on warfarin and was told I would never be able to compete again. A year to the day I had made a full recovery and had my first boxing fight”.

Despite overcoming the odds, her predisposition to clotting means weight cutting for her can be dangerous.

“I have done 14kgs in 6 weeks – it’s drastic. Ideally, you want to be at a weight that you don’t need to cut. Between 4&5kg is considered a safe cut. You want to be a certain weight throughout the year so that if you get a phone call, you should be able to say I’ll fight you next week.”

Shana is not in that boat but her goal is to get there and it’s a process, she says.

“I’m still figuring out my process but it makes me evolve as an athlete and understand my body better so that next time I don’t make the same mistakes. I’m young, and I’ve done a lot of damage to it.”

Shana is now taking time off to allow her body to reset and rebalance and when she returns she hopes to pick up where she left off.

“I was the first amateur champion here in South Africa and locally I wanted to be the first EFC champion, but that never happened due to my weight cut in October so the title is now up for grabs in June. If I could do the same in my pro career it would make me happy.”

After that she would love to travel, fight overseas and ultimately end up as a top coach for female athletes.

“One thing I hope to do is inspire females to do one thing that is out of their comfort zone. Something that they feel safe in doing it and progressing in, but one that can also help develop themselves. And I’m talking about any sports.” 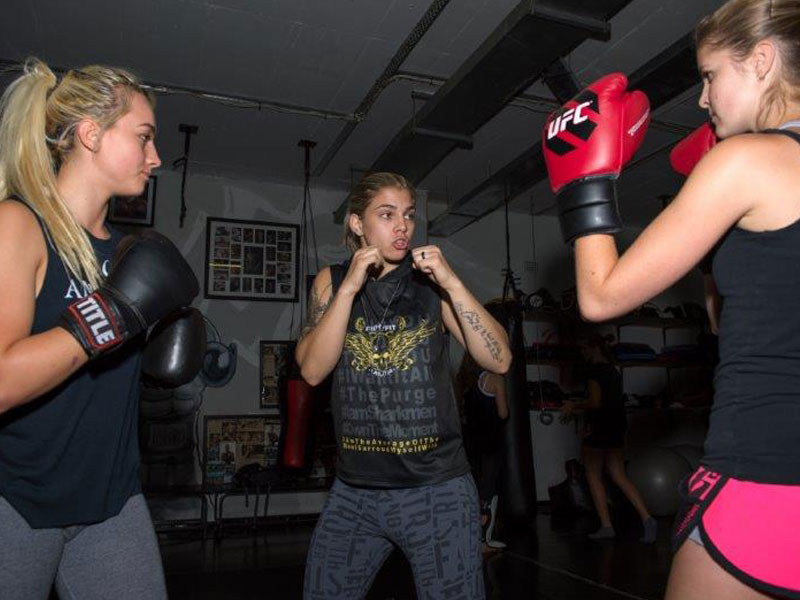 Shana’s advice for those who want to take on any sport is to find someone to motivate and inspire you and just do it.

“Everything in sport has no before step or baby phase. The only way you will get good at something is by doing that exact thing and you can always improve. You might not break records or be the best but you’ll definitely progress.”

As for her tips for any up and coming MMA athletes?

“Stay humble. This sport is very very humbling very very fast. If you have a big ego you will be humbled in a drastic way and very soon. If you’re humble and you ever do lose it won’t be as drastic or as harsh as it would if you had a very big ego.”

Losing isn’t the only thing to fear but being hurt is a real possibility.

With the fear of losing, the possibility of being serious hurt, the stereotypes she has to break through and misconceptions she faces, why do it?

“There’s definitely a high in there that you can’t explain unless you’ve been in there. It’s a bit of an adrenaline thing. It’s the same as racing fast cars. After a fight, you have a sense of being untouchable and I think that’s what we chasing every time we step in the cage.”

Does not washing your hair help it grow?

You can now Inhale Your Vitamins [+ Inhale Health ™ Giveaway]