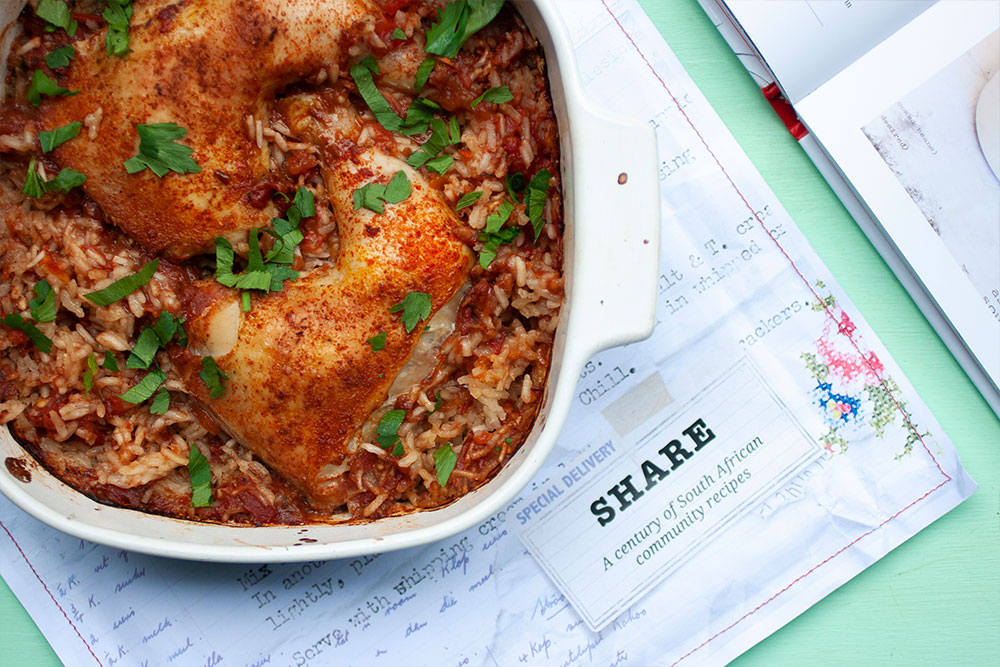 SHARE, a nostalgic cookbook of South African Community Recipes arrived in a paper envelope, made by stitching two pieces of paper printed with old recipe cards together by a red thread. I opened it up on the second recipe to find a recipe for jam squares. The type of jam squares I would eat by the dozen in my grandmother’s kitchen, taken from a doily lined tin that never seemed to empty.

SHARE, a cookbook from Errieda Du Toit is described as a century of South African community recipes. It’s her tribute to hundreds of community cookbooks and our relationship with these simple recipe books that bore no photographs, the odd illustration and have shaped home food culture. It’s the modern-day version of recipe cards and books handed down from generation to generation, sold at schools, community centers and religious institutions as fundraisers. She’s taken recipes from over 150 South African community recipes and modernized them – through slight changes and charming photography.

Each recipe comes with a little story and a credit to where it was pulled from. The photographs were taken by her husband Ian Du Toit and styled by Hannes Koegelberg. They’re charming and witty and nostalgic and so brilliantly styled that going through the book felt like I was being transported back in time to my grandmother’s kitchen. It’s a genius idea to remake those old classics and has me yearning to reopen those long forgotten, dog eared, food stained community cookbooks that taught us how and what to cook long before TV chefs and food bloggers.

The recipes as expected are classics – they’re the legends your mother or grandmother most likely made, the no fail classics, one pot wonders, homages to different cuisines and cultures and forget me nots. There’s even a chapter in which she’s taken years old recipes and adapted them to today’s technology (hello slow cookers and electric frying pans).

If you have a fondness for community cookbooks or a yearning for nostalgic meals from a bygone era, this darling treasure of a cookbook is for you.

I’ve chosen to share the recipe from the chapter on one pot wonders and quick dinners. It’s Pastorie Chicken which appeared in the pages of a 1999 community cookbook – Tjokkerland Resepte. It’s a recipe she calls “you know you’re home food” and one a community cookbook cannot be without. It’s a simple chicken and rice dish baked together in an hour. No fancy ingredients, no complicated methods just 7 ingredients – it’s the type of meal my mother used to make and a real community cookbook recipe.  It literally tastes like home in the best most comforting way.

Because I’m me and use recipes as a guideline not instruction I did make a few changes. I’ve shared the recipe below as it’s printed in the book. The changes I made were slight;

1. I halved the recipe as I didn’t need that much chicken. I used 2 thighs and 2 drumstick portions instead of 4. With that in mind I halved the rest of the ingredients.

2. I didn’t have cream of mushroom soup powder and instead used a combination of a Mushroom Umami spice blend and Ina Paarmens veggie stock powder.

3. Instead of boiling water I used vegetable broth. I happened to have just made some the day before, had some left over and thought it would make it more flavourful than just water. I did boil it as per the recipe. 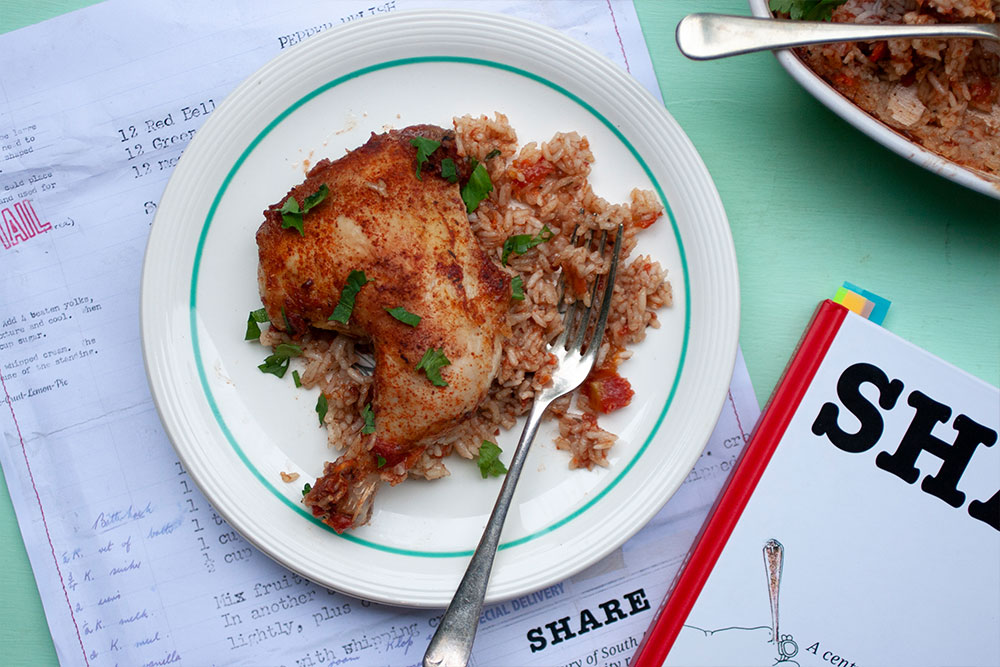 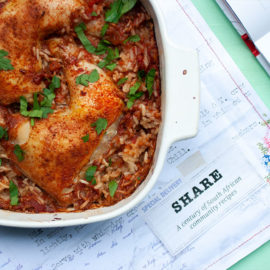 The Pastorie Chicken from SHARE, a nostalgic cookbook of South African Community Recipes 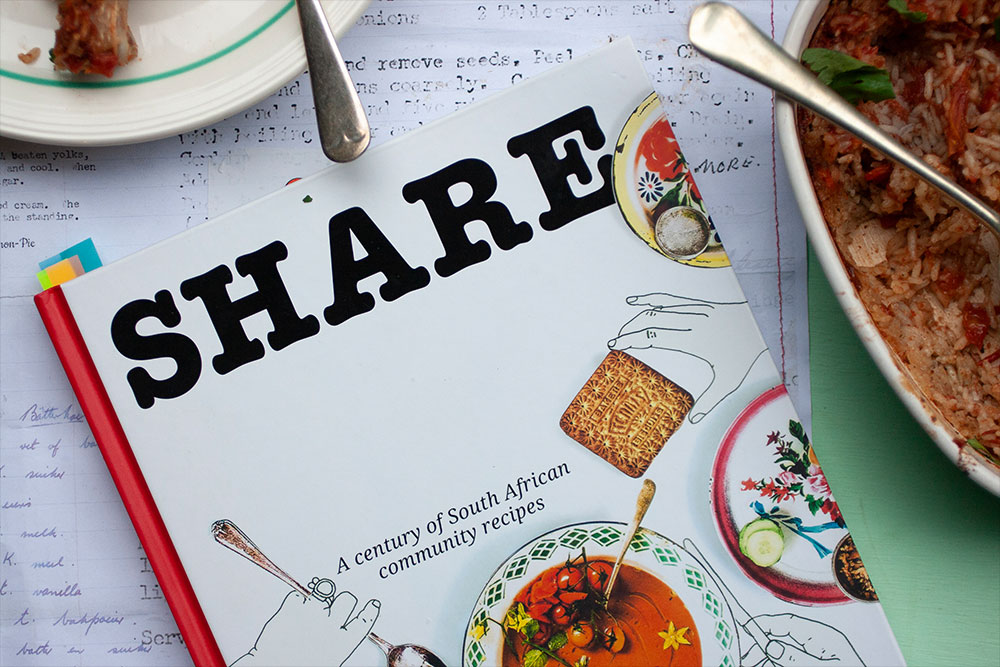