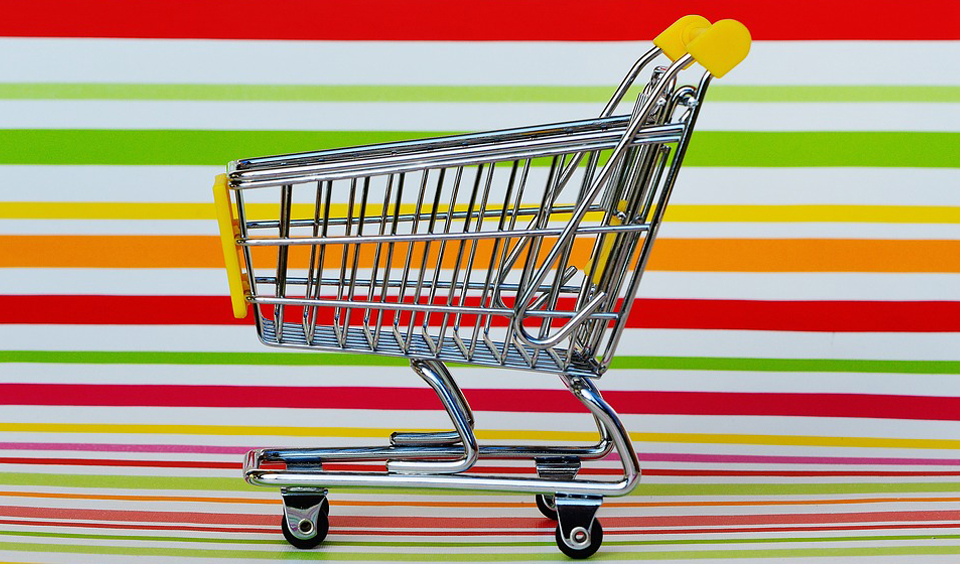 More and more South African retailers are now celebrating Black Friday. It’s now only a matter of time before we start celebrating Thanksgiving.

The thrill of Black Friday is that no one knows what the deals will be, just that there will be deals. Deals are released at the stroke of midnight and it’s first come first serve. Some are meh, some good, some great and some really not to be missed.

Below are  all South African Black Friday deals to check out, with most retailers you need to sign up to their Black Friday newsletter to get the deals emailed to you when they go live.

For the first time Apple is partcipting in Black Friday. They won’t say what the deals are, you’ll have to go to an istore to found out. Deals will last the entire weekend.

Aldo is giving up to 50% off selected items. Their sale will continue to the entire weekend.

At home is making themselves at home with Black Friday deals and offering up to 50% off.

The Body Shop [in store]

The body shop is celebrating Black Friday so you can stock up on body butter and makeup remover.

Checkers is promising to outdo their 2015 Black Friday Deals with up to 50% off.

Clinique is offering a discount on all orders until Sunday plus a gift and a 25% discount when you shop using code SHOPSARA .

Clicks does 3 for 2 deals like none other. They’ve already started their Black Friday offerings which tbh don’t seem much different than their regular specials; but there’s talk about bigger deals come Friday.

Known for their selection of clothes in bright colours and prints (like these Maaji shorts). Colourbox is taking 30% of their Moses sandals over the weekend.

Deskstand, the makers of the standing desk we use is taking off 30% this Friday. An incentive to make your work space all that more healthy.

Dischem’s Black Friday special is actually going to be overlapping their current Summer promotion. They haven’t yet released details so only time will tell if they differ from what’s currently on promotion. They are however having extended shopping hours.

Born2Run Running cluns is offering R50 off to new members who sign up on Black Friday. They are a national club and one of the best and most well priced running clubs in South Africa so it’s a score!

The organic online retailer is turning black Friday green and have been doing daily eco-friendly deals on selected items.

Fashion retailer Forever New is having a 30% discount on all goods including sale items. Their deal is for Friday only.

The corporation of the high fi’s is offering up to 80% off the big brands during Black Friday. No word on the small brands yet.

Hiilti is offering up to 30% off their tools and consumables. They’ve already put up some specials so if you’re in the market for power tools check them out. I’d recommend springing for a laser range meter if you spend time using the old fashioned tape measure.

Game is having early bird specials (starting today) as well as a one day one Black Friday deal. Things going are lightbulbs, fridges, pillows and more.

Get upto an extra 25% off everything in store.

Incredible Connection is fully on board with incredible deals. No word on what they are yet.

Le Creuset, home of the rainbow nation of cookware is taking 30% off black and cotton cast-iron, stoneware and silicone products. Their offer lasts till Monday.

Lorna Jane is terming their Black Friday Sale, the Pink Sale and are taking 50% off selected items instore.

Makro is embracing Black Friday weekend with up to 45% off selected items. Their promo runs until Sunday and they’re also extending their shopping hours.

New Balance is offering a buy one get one free Black Friday deal at their concept stores. The catch? It only applies to the first 100 customers.

The shoe store is doing a buy 1 get 1 free Black Friday offer at their retail stores for one day only.

Old khaki announced they’re hopping on the black Friday band wagon. No deals announced as of yet.

Starting at 6am Friday, Pick n Pay is offering Black Friday Deals both online and in-stores.

The athletic wear company is doing  one day only 25% discount

Rage is offering 50% selected shoes and clothing this weekend only.

Riverclub is having a one day only Black Friday deal and taking 30% off everything in store including marked down items.

Rosebank Mall is one upping Sandton City and offering parking for free for the day. Making this the biggest deal you’ll grab on Friday.

There will be specials, but they have not released any details yet

They’re doing a flat-rate of R5 for parking for Black Friday which is a very good deal on parking, anywhere these days really.

The online retailer begins the Black Friday madness at the stroke of midnight. No word on the specials yet.

Home of things you’ve convinced yourself you need, Superbalist is hosting a one day only Balck Friday sale. They haven’t said what they’re taking off; but we’re hoping for more than their usual 10-30% off.

Superga is putting selected styles of sneakers on sale for R299. The deal is a one day only at their concept stores.

The ultimate sunglasses destination will be taking off up to 60% of their shades for Black Friday.

The Jewelerry store is offering 50% off selected items for one day only.

Takealot is changing the black in black Friday to blue. As in Blue dot sale. They’ve been realeasing new deals all week via their app; but the big ones start Thursday through to Monday.

The Travel site is having 40% off selected travel packages for one day only.

Total sports will be having online exclusive deals on Black Friday.

Just in time for the holidays, Travelstart will be hosting their Black Friday sale until Monday. Expect mad deals on local and international flights.

Get an additional 25% off everthing in store.

Under Armour is taking 25% off for black Friday.

Makers of fitness gear like this jump rope, Virtuosity will be putting everything on sale for Black Friday

Local athletic wear brand Vivolicious (we tested out their tech shorts here) is marking down everything from Thursday – Monday [online only].

The online retailer of all things wellness related is also taking a green is the new black approach. They’re putting out new deals everyday ending on Monday.

Get up to 25% selected items. Their deal goes until Sunday.

Zando’s going big by offering up to 80% off.