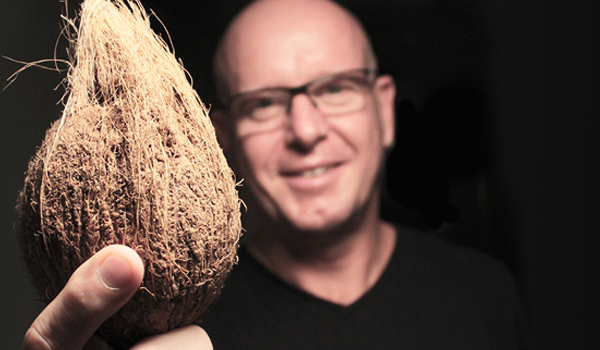 Editor’s note: June is men’s health awareness month. The goal is to raise awareness of preventable health problems and encourage early detection and treatment of disease among men and boys. According to CANSA, South African men have a 1 in 8 chance of getting cancer. Testicular cancer is the most common cancer in men between the ages of 15-39, and one of the most common types of cancer in South Africa. Like with many other types of Cancer, early detection is key to survival. To start the conversation around Men’s Health and testicular cancer, Torsten Koehler – Cancer survivor, author and founder of Love Your Nuts is sharing his story and why raising awareness is so important. The below contains experts of his book “Love Your Nuts” For more facts on testicular cancer click here.

When I was diagnosed with testicular cancer I decided to tell my students who were between the ages of 11 to 15 years old. They would find out anyway as soon as the side effects of chemotherapy kicked in. I didn’t want rumours or speculations to spread in the school community.

I met a 12 year old boy in the cancer clinic who had testicular cancer and I decided there and then that I would educate my pupils about cancer when the opportunity arose. I had to brief them, and warn them, because all my pupils were around this age. It was the week when I started to lose my hair in bunches, that I said to them in a physics class, “Ok, guys, today we’ll turn physics into a hygiene lesson”. I knew they loathed the word hygiene and it was exactly the reason why I used it. Promptly one of them said, “But why hygiene? None of us is sick!”

“Yes, that’s what I thought, too,” I answered. I then put my fingers into what was left of my hair, pulled a little and let the handful of hair float to the floor. I know it was a ghoulish start to a lesson but I immediately had everybody’s attention, which is what I needed. None of them was to doze through this lesson.

There were both boys and girls in my class. I was going to explain testicular cancer and breast cancer to them so that neither the boys nor the girls had reasons to feel embarrassed. I told them everything: How I had noticed that something was wrong, how I had sperm frozen and about chemotherapy and its side-effects.

“You can notice a cancerous growth only if you regularly run your fingers over your testicles and breasts. If you notice something which wasn’t there before, go tell your mother or father.”  I told my students.

Turning to the boys I said, “All of you play with your nuts, don’t you!”

They started to laugh.

“Yes, you are laughing because you do play. Do it consciously so that you can notice if anything changes. Should you feel a little lump, go to your parents and tell them that you need to see a doctor, because you once had a teacher who told you about this.”

I felt it was good that the students knew. For me teaching cancer awareness and talking about it often was my way to deal with the cancer. From their side I had huge support from both parents and students.

They visited me in hospital and later at home. One of the nicest surprises was arranged by my pupils Achim and Ronald. Since visiting hours had already ended they snuck in through the hospital kitchen to bring me a pizza. “Hospital muck can’t taste good,” they grinned.

I became depressed and decided to resign because I couldn’t cope with my work and life anymore. I decided to go and travel the world. I had done that before and hoped my zest for life would return if I did positive things for myself.

What kept me going till the end of the school year were the students. I wrote in my book “I still dreaded the last day of school. Having to say goodbye to the pupils was really getting to me. I knew how honest they were. During the past year they had vividly shown me that life is fun, too. I recalled this joie de vivre when I felt bad. Children played, sang, skipped along, quarrelled and made up again, and they squealed with pleasure. That was life. I also wanted to do that again. To squeal with pleasure!  The pupils had given me so much courage – they had given me the courage to live.”

In 2006 a former student of mine invited me for coffee just to say thank you for explaining cancer in class and for making them aware. “I was aware because you told us. You actually saved my life and I’m 16 years old”. As he told me this I felt the rising water level in my eyes.

Moments like that make standing up to cancer and sharing my story worthwhile. It was this that motivated me to start the Love your Nuts campaign two years ago. 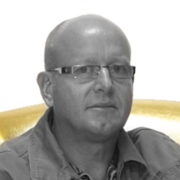 Torsten Koehler was born in 1965 and was raised in Nambia. After being diagnosed with testicular cancer in his thirties, he started the Love Your Nuts campaign. His book “Love your nuts” was published in German in 2004 and in English in 2011. He currently lives in Cape Town where he is following his passions – photography and design – after leaving the teaching profession in 2005.

Movember: Harnessing the Power of Conversation through Moustaches