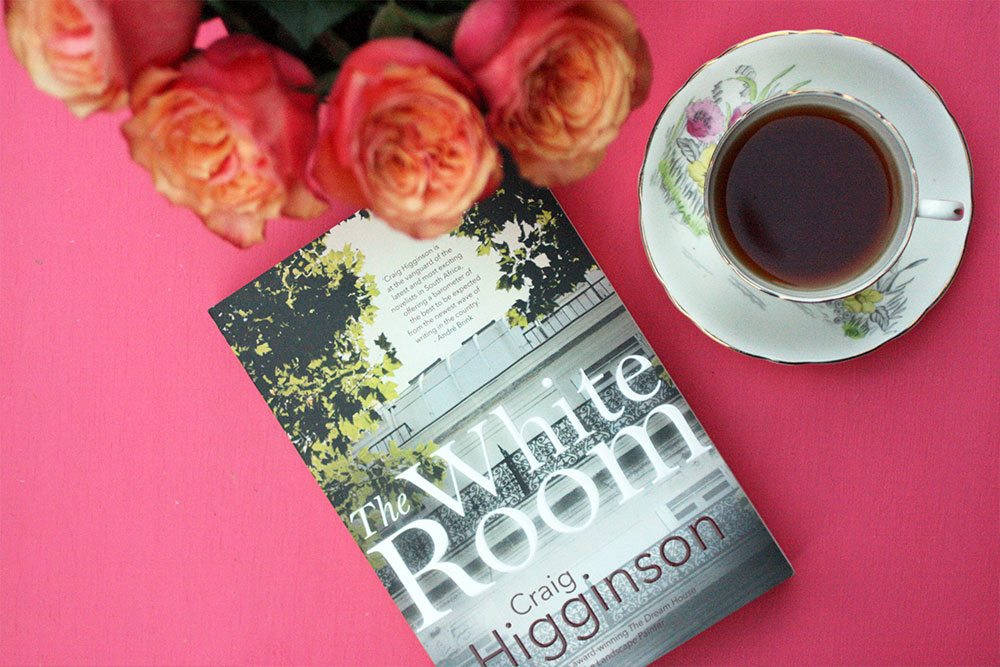 When I read Craig Higginson’s author bio, I was curious to dip my toes into his writing. Craig is an award-winning playwright and novelist. His previous novel, “The Dream House” has been marked for the English IEB Matric setwork in South Africa from next year (2019) until 2021.

This novel is about a South African playwright named Hannah Meade. It begins with her arriving in London for the opening night of her new play. The story shifts between the “now” of London, her past of teaching English in Paris and her upbringing in South Africa.

Within the first few pages I found myself disliking Hannah and as the book progressed, peeling layers away to reveal more of her character, experiences and choices, Craig’s writing had conjured a strong enough reaction out of me, that I found myself discussing my disdain for her and her choices, as if she was a real person, with a real life, that had crossed my path.

With “The White Room”, Craig has created a novel that combines story, language lesson and “trip to the theatre” feel. His use of metaphors stands out on the first page and continues to poke at you throughout the book, subtly creating a 312-paged life-like universe.

Craig might not write “with a particular message to impart” (see question 4 below), but a huge message I took out of the book, was the importance of being the driver in your own life story. Some things we can’t control, this year has certainly taught me that, but some things we can. I viewed Hannah as someone repeatedly rolled over, allowing events and people to control her narrative. I wanted to slap her into the action of putting on a captain’s hat, owning a self-worth and taking charge. By the end of it does she learn?

If you love theatre, language and complex relationships, this book is for you. Before you get lost in it, I asked Craig a few questions about his book “The White Room” which you can find below. His answers are enlightening thinking back on the book and click a lot of thoughts and feelings about it into place. We’re also giving away 3 copies of The White Room” to 3 readers, entry details below.

How do you get yourself into the mindset to write from a woman’s perspective?

In all writing you have to get yourself into a perspective that is displaced in some way. You are performing alternative realities, alternative selves. Of course your characters are only ever a part of you. You are never writing a real person, only a kind of metaphor for a person. But it has to feel credible on the page. The reader has to buy into it. If I get stuck, or experience a kind of blockage of perception, I have to research or speak to someone closer to that reality. Often, however, I will use metaphor. Hannah’s menstrual headache in the novel, for example, is described as a black crow stomping on a mountain; her bladder infection feels like drops of glass. In “The Dream House”, I described the coming of the baby Looksmart at his birth as a boat on the other side of the waves, being drawn closer to the shore with each contraction. The thing about metaphor is that you have to make a small imaginative leap to make sense of it and inhabit the reality. This is what the writer does, this is what the reader does, and hopefully in the process they come together in a moment that feels something like ‘real life’.

What inspired the chosen settings of London and Paris?

I had lived in those cities so knew what it was like to live there as an outsider – someone looking in from the outside, peering longingly into other people’s houses, always knowing exactly how much change I had in my pocket – which is exactly how the main characters each feel in these cities. But I also wanted to take their stories out of the immediate South African context and give them a more ‘global’ resonance. I think we can get stuck in South Africa and its concerns and begin to believe that they only concern us. I think we have much more in common with those outside our country than we often think.

Why did you choose to include French words / sentences in a few places without translating the meanings?

I often use language as a space that can draw in some perspectives and exclude others. The novel is very much about language and how it can open things up or shut them off. Here you’re shut out of the language if you don’t know it – but only for a moment.

Hannah by the end of the book is revealed to be a very “messy/flawed” individual, yet she portrays herself as “perfect” through language. Was this contrast a purposeful veil/ facade to surprise readers as they venture deeper into the book?

I think we all present ideas of ourselves to others in the world – especially when we first meet them and especially if we want to be liked. Hannah is much more comfortable in ‘the place of language’ than she is in the world outside of it. This is one of the meanings of ‘the white room’ in the novel – it’s literally the apartment where she teaches, which she has painted white. She thinks she can keep the world – and her real self/ selves at bay – but of course ‘life’ always has a way of creeping back in. In the same way she thinks by moving to Paris she can start again and become someone else, but she carries herself with her – and even though she has left her country behind, she hasn’t moved anywhere new at all. It takes both her and the reader a while to discover this.

Were there any lessons you hope your readers would take from the book?

I am not writing as a teacher or as someone with a particular message to impart. I am trying to open up areas of dispute, investigation, debate. I am trying to help open up our possibilities in the world rather than giving advice on what path to take. But I suppose I’d like the reader to come away from the novel having been entertained, moved, stretched, unsettled and – most importantly – fed. Given nutrients that help them to live better and more fully in the world. Fictions should enliven and feed us – like a Vitamin B shot in the butt.

The White Room by Craig Higginson is published by Pan MacMillian and is available at various retailers and bookstores nationwide as well as online here. 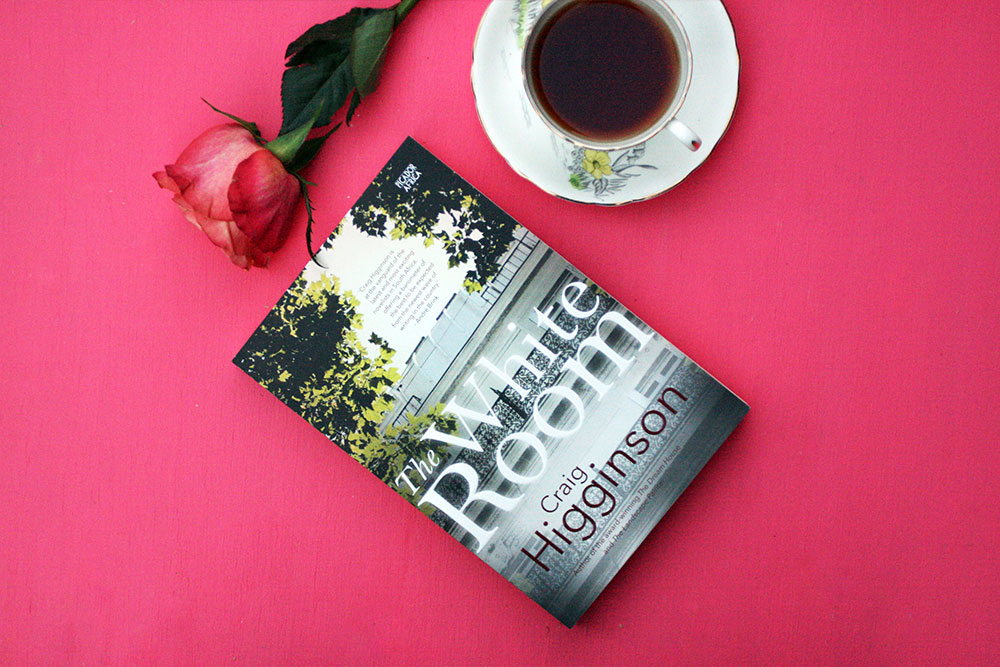 Update: This competition is now closed, congrats to our winners Zizipho, Megan and Dominica!

To win answer the following question in the comments below

If you wanted to reinvent yourself, or “escape” your life, which city would you choose to go to?

By entering this competition, you accept our t’s&c’s. Competition ends Thursday 11 October, 2018. Only valid for South African residents.