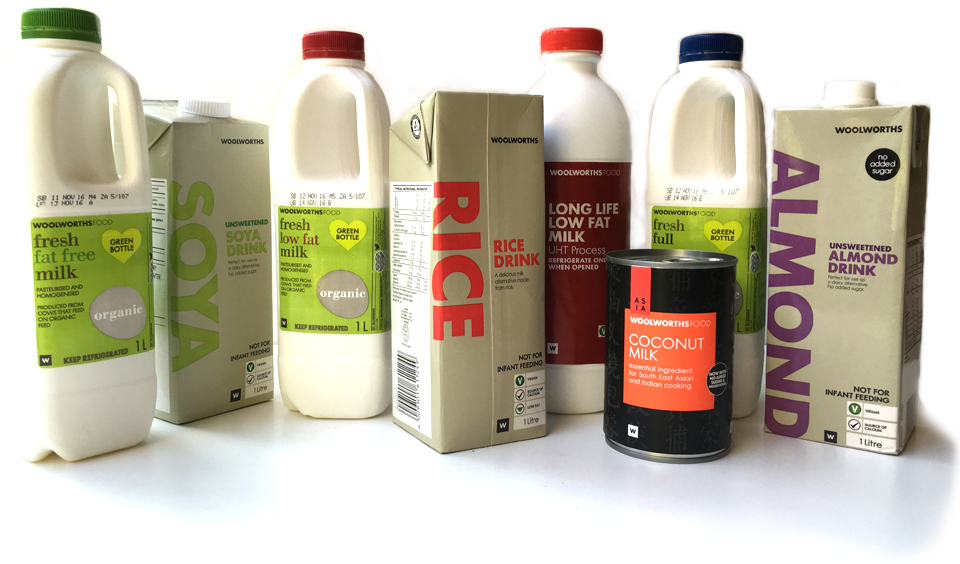 Choice is a wonderful thing. Until it’s not. Too much choice makes making a choice overwhelming. That’s where we’re currently at when it comes to milk.

Got Milk? Well we have too much milk. Cow’s Milk vs Goat’s milk. Lactose or Lactose free. Organic or regular. Fat free or Full Fat. Dairy or Plant. Soy or Almond. Sweetened or Unsweetened. Flavoured or Unflavoured.

The milk section is getting bigger and it’s extended way past the fridges to the store shelves. To make sense of all the milk, we stocked up on [almost] every type of milk we could find, studied them and figured out what’s what.

When you think of milk your mind probably goes to cow’s milk, as it should. Over 6 billion people worldwide consume milk and milk related products. Ever since the domestication of animals as early as 9000 BC humans have been consuming milk from other mammals.

Nutritionally, cow’s milk is a good source of protein, calcium and a host of vitamins and minerals. Cow’s milk, which is the milk you most regularly see at supermarkets, comes from cows. It is then pasteurized, homogenized and bottled for consumption. 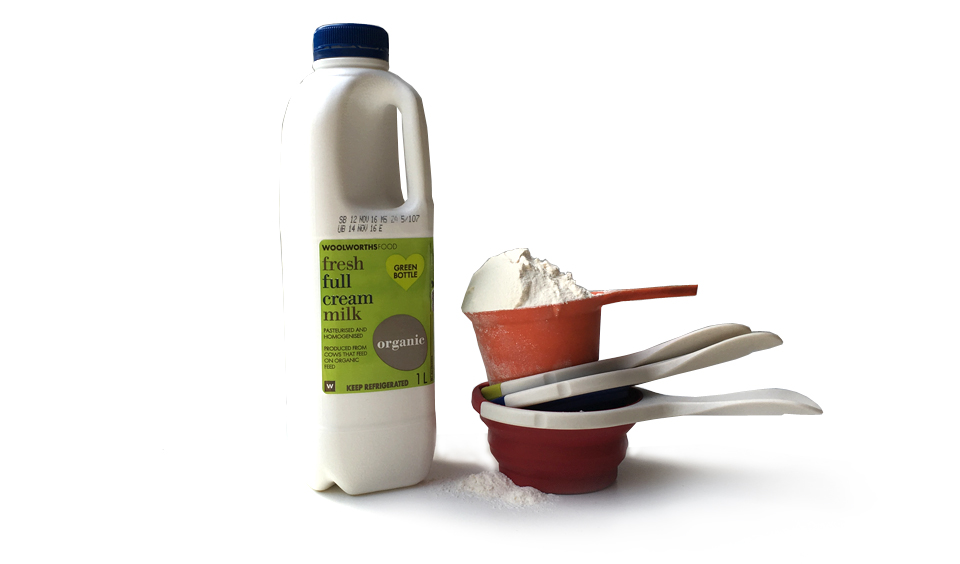 It’s rich and creamy and due to its higher fat content is more satiating than reduced or fat free milk.

As full fat milk contains fat it means that fat soluble vitamins A and D which are found in milk are easily absorbed by your body. Full fat milk is also lower in lactose.

Diets like Atkins, Banting, Keto and LCHF which focus on fats and reduce carbohydrates. More fat means it’s more satiating which should lead to less consumption.

As full-fat milk has more saturated fats which may spike cholesterol levels, it should be had in moderation. So if you don’t drink a lot of milk, whole milk can be a good choice.

Aside for coffee, over your cereal or straight up, full fat milk is good for dishes that require a creamier and thicker texture. Custards, ice cream and some sauces often call for a whole milk to make them creamier and richer. 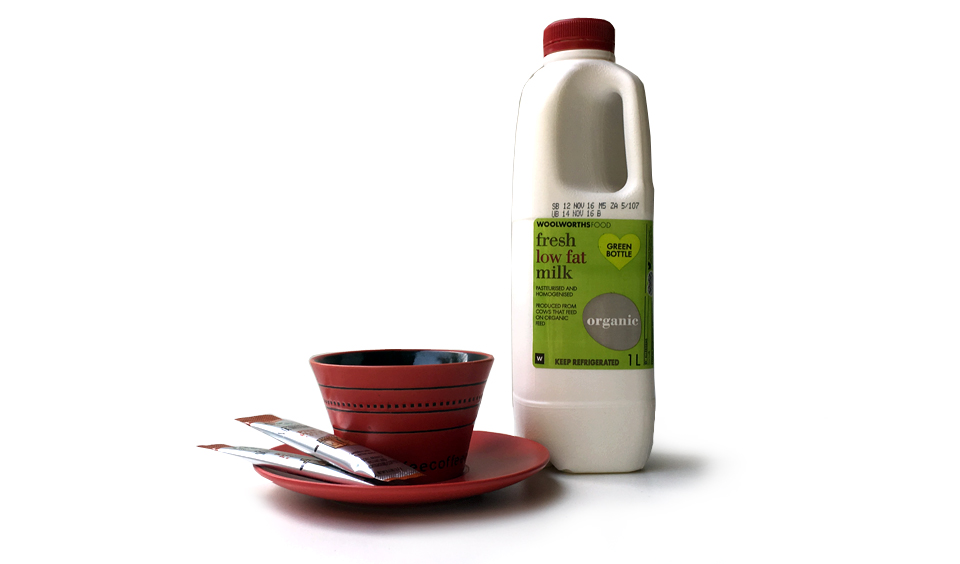 Low-fat milk is whole milk that is processed to remove some of the extra fat that comes from the cream. Low Fat has less than 1.5% fat, whilst skim milk has less than 0.15% fat.  Along with the fat, fat soluble vitamins A, D and E are removed. Some milk brands fortify their low fat and fat free milk to add back in the lost nutrients. Low –fat milk, however has more calcium in it than full-fat.

People who are watching their weight or calorie counting.

Those who consume a lot of milk daily, it’s lower in calories as well as saturated fats.

Aside for coffee, over your cereal or straight up, low-fat milk works well in baking. However as it has a lower fat content you need to be sure not to overmix your batter. 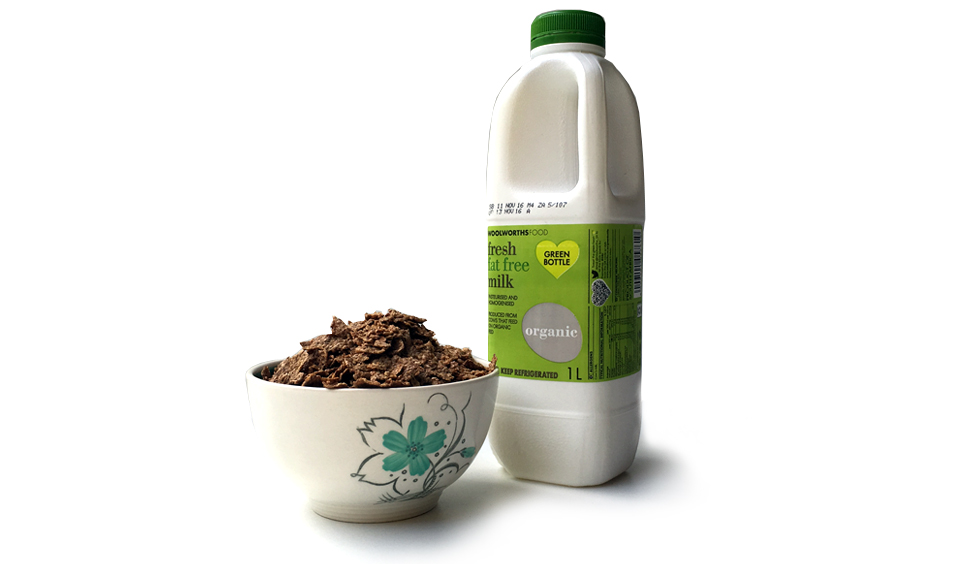 Fat Free milk is whole milk that is processed to remove all the extra fat that comes from the cream. Just like Low-fat milk, fat-free milk also loses its fat soluble vitamins A, D and E.

Fat free milk is the thinnest of the three regular milk varieties and has a lighter taste.

People who are watching their weight or calorie counting.

Those who consume a lot of milk daily, as it’s lower in calories and saturated fats.

Aside for coffee, over your cereal or straight up, fat-free milk works well in baking. With no fat in it, you need to be sure not to overmix your batter or you risk a dry baked good. 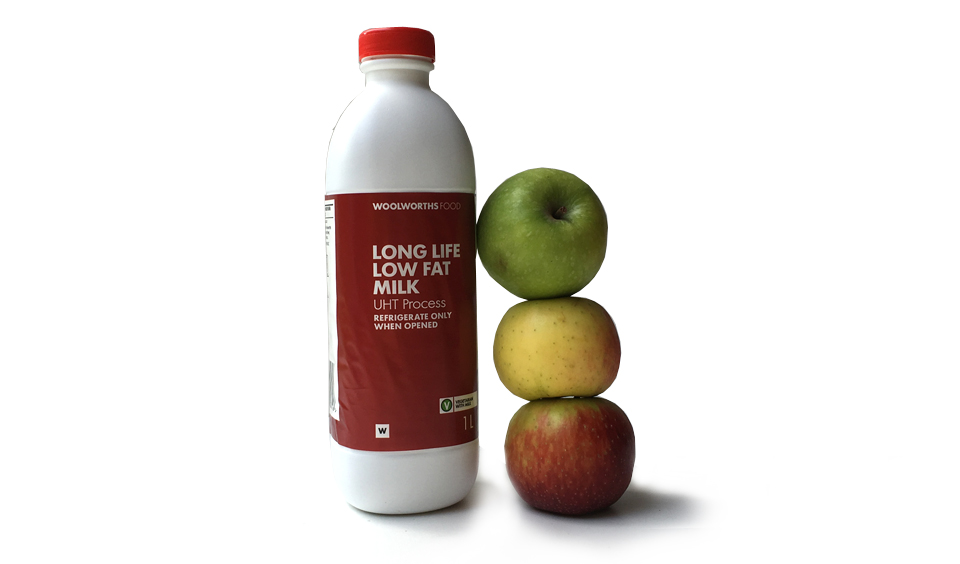 Long life milk is regular milk that has undergone a powerful heat treatment. Fresh milk is heated to 74°C for 15 seconds. Long-life milk is heated to 140°C for two seconds and then packaged aseptically. This results in a greater reduction in bacteria and heat-resistant enzymes, which gives Long Life milk an extended shelf life.

This means that you can store Long Life (unopened) in your pantry for up to 6 months. Once opened it needs to be stored in the fridge and finished within a week. It also comes in full fat, low fat and fat free varieties and can be used in the exact same way as you would with regular milk. Long-life milk has almost the same nutritional values as fresh milk.

Travelling or camping, If you’re the type that travels with a pantry.

South Africans – Ya, we’ve been blessed with a break from load shedding, but you can never be too careful. One bottle of long-life in the pantry means that should your electricity have downtime and your milk goes off you have options. 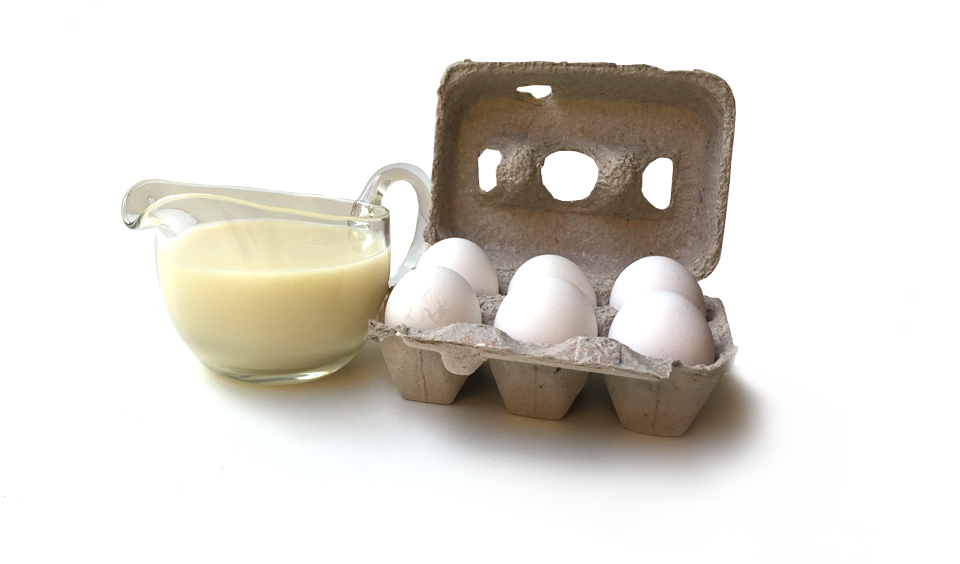 Buttermilk is milk with a special starter culture added to develop the flavour and acidity. Because of the starter culture in it, it has good bacteria and lactic acids which are good for your digestive system. The fermentation also breaks down the milk proteins which are hard to digest.

Tangy in flavour, like yogurt, buttermilk is most often used in baking. If you don’t have buttermilk or don’t drink dairy and a recipe calls for buttermilk you can make your own “buttermilk” by adding 1 teaspoon of vinegar or lemon juice to regular or non-dairy milk and letting it sit for a few minutes until it “curdles”. Buttermilk is also available in full-fat and low-fat varieties.

Baking, cooking or a salad dressing. 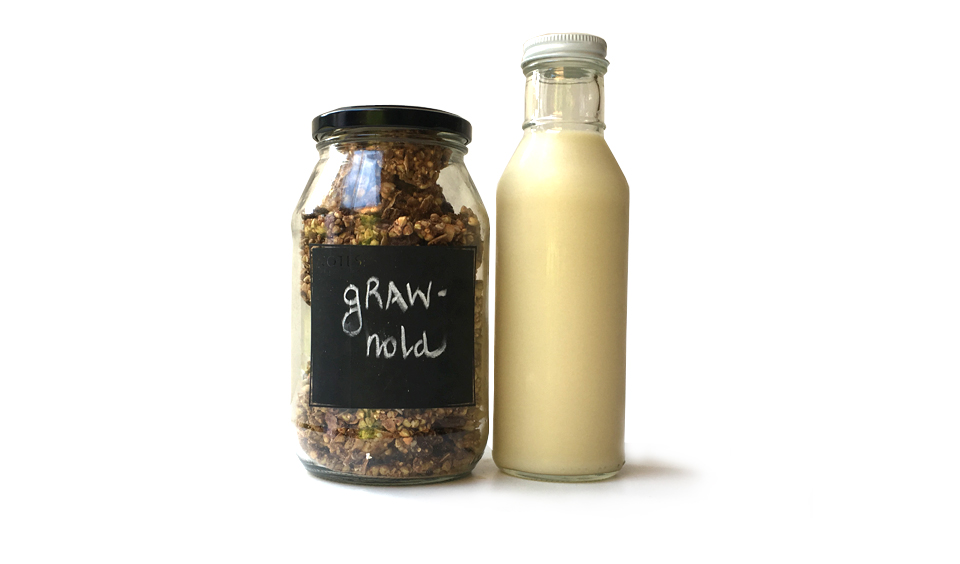 Lactose Free Milk is milk that has had the lactose removed. Lactose is the sugar naturally found in milk. This makes it easier to digest for Lactose intolerant people. It also means it can be sweeter than regular milk. This is because the milk sugar lactase is broken down into two simple sugars, galactose and glucose. Simple sugars taste sweeter on your tongue than complex sugars.

Lactose milk also has a longer shelf life because of its lengthier pasteurizing process.

People with a lactose allergy or intolerance.

As you would regular milk.

Your Ultimate Guide to Milk – Dairy [Not Cow] 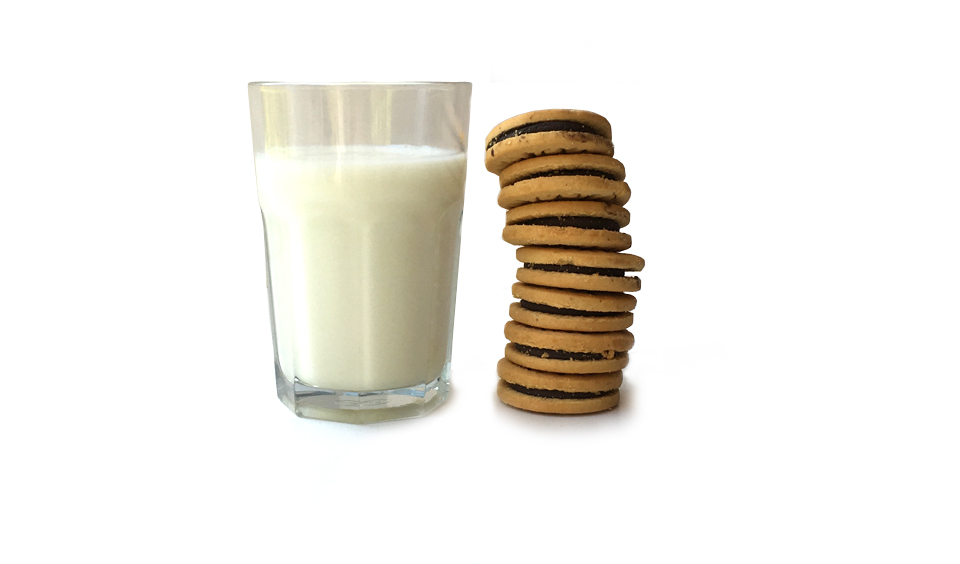 Goats milk is milk from a goat.  Much like goats cheese it has a distinct taste that can be a bit sweet, salty and tangy. It has less lactose and smaller fat molecules than cow’s milk making it easier to digest. Lactose intolerant people often find they can have goats milk without issue.

If you have a lactose intolerance or don’t want to drink cow’s milk.

As you would regular milk. Because of the sweet salty tang, goats milk is most often seen in dessert recipes. In addition the fat molecules are smaller and more evenly distributed making it more creamy and smooth. Recipes like fudge or ice cream benefit from the added richness of goats milk. 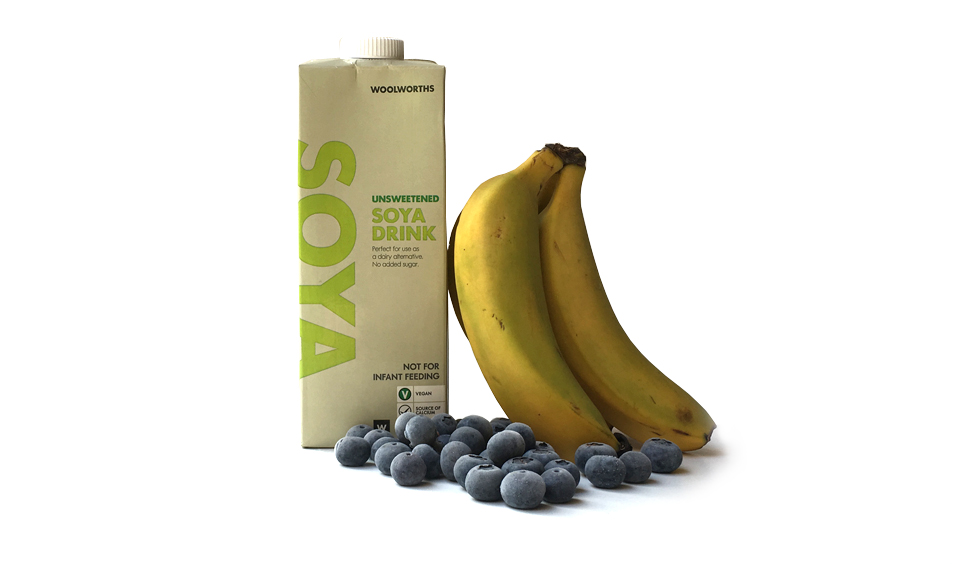 Soy milk is a plant based milk made from by soaking dried soybeans and grinding them in water.

Soy milk is naturally lactose-free and offers up more calcium per cup than cow’s milk. Plus, it packs in protein, B vitamins, iron, and fiber. It also contains 9 of the essential amino acids you need in your diet.

The biggest issue people have with soy milk is the oestrogen in the soy protein. There’s been research both for and against soy milk. However, most recent research has debunked the cancer soy connection as long as you consume it in moderation.

Soy milk does often come sweetened, so always opt for an unsweetened variety to avoid the added sugars.

Those who are looking for a dairy alternative milk and that want a decent amount of protein and calcium from it.

Soy milk is one of the creamier plant based milks. It doesn’t have a very strong taste and is a good substitute for milk in recipes. It’s also stable at high temperatures making it a great choice in savoury dishes and sauces.

It’s also the best non-dairy alternative to buttermilk because it has the highest protein content. Add 1 teaspoon of vinegar to 1 cup soy milk and let it “curdle”. This method helps thicken the milk which increases leavening power and enhances the crumb quality of cakes and muffins. 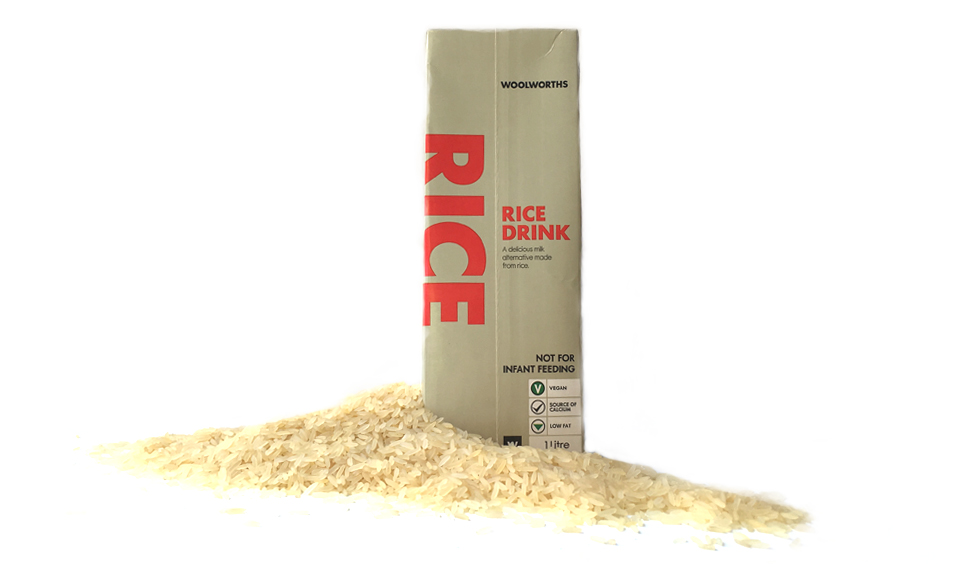 Rice milk is a grain milk made from rice (mostly brown rice). Rice milk is made by pressing the rice through a mill using diffusion to strain out the pressed grains. It’s a sweet milk with a slight vanilla taste. It’s also very thin in consistency and doesn’t have a significant amount of protein.

Those looking for a dairy free milk alternative that may be allergic to nuts or want to avoid soy.

With it’ sweet vanilla taste, it’s great over cereal, in smoothies or in baking. I also often use it in dairy free ice creams. Because of the sweetness it doesn’t work well in savoury dishes. 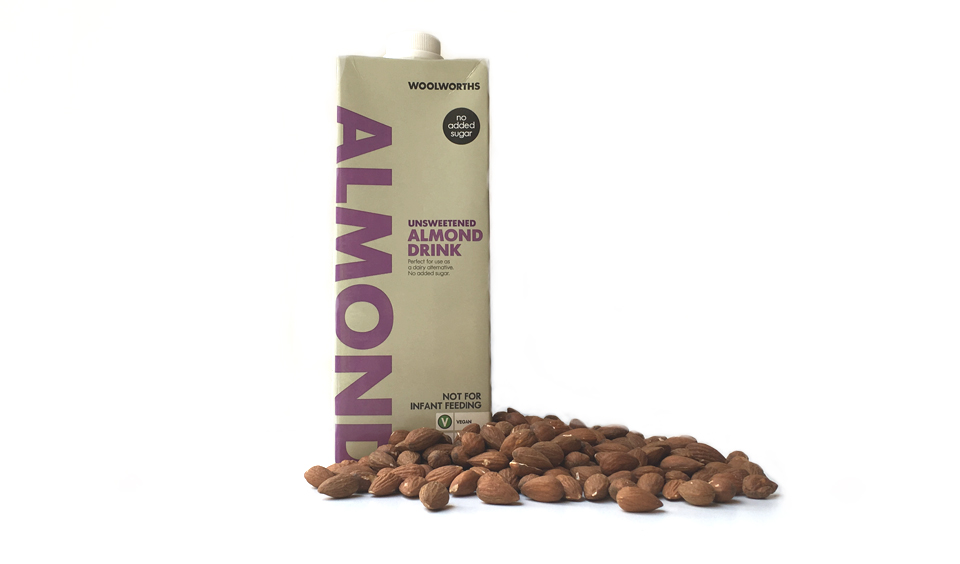 Almond milk is made from almonds by soaking them, blending with water and then straining the almond pulp with a strainer. Almond milk is the most popular non-dairy milk. It has very little protein and is generally said to not be good for kids under 2 years.

It has a nutty taste and is a bit thicker than rice milk. It’s also low in calories and has a good amount of Vitamin E and calcium.

As an alternative to milk when you want added calcium. 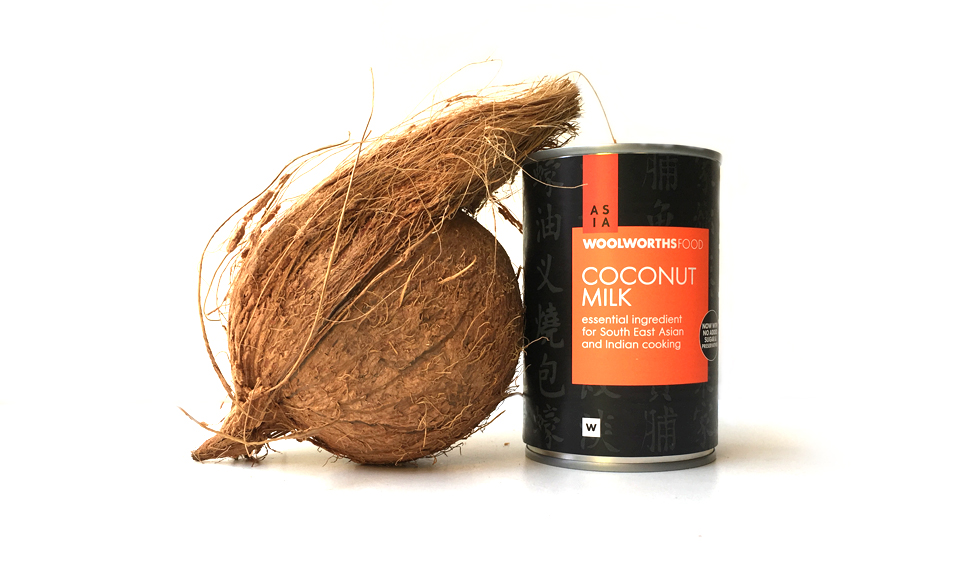 Coconut milk is the liquid that comes from the grated meat of a mature coconut. Coconut milk has the strongest flavour of the non-dairy milks. Its colour and rich taste are attributed to its high oil content, most of which is saturated fat.

It has a good source of calcium, Vitamin D and B. Coconuts also naturally contain more saturated fat than you’d get from other nuts and nut milks. Coconut milk usually comes in cans and you can get Light, Full fat and Coconut Cream. It is however, the highest calorie milk with the most amount of fat.

Coconut Lovers – it’s a strong taste and not great alone.

Cooking in dishes like curries and soups. Light is good to add to stews, curries and soups. Full fat is best when you want more creaminess like in ice lollies or ice cream and coconut cream can be whipped up into dairy free coconut whipped cream.

Most options above will come in organic and regular. What’s the difference?

With cows and goats milk, organic means that the animals must not receive any antibiotics, growth hormones, and may only be given organic vitamins and mineral supplements if needed. Organic milk also comes from grass fed cows (although some non-organic milk also does).

When it comes to plant milks, organic means that the ingredients are organic.

From a nutritional perspective there are mixed reports about which is healthier. In fact a study in 2015 said organic was no healthier than regular milk. It also comes with a higher price tag. Whether you choose it comes down to preference.

What’s your favourite type of milk? Share in the comments below.

Inside ARC: The Beauty Destination That Allows You to Interact with Beauty on your own Terms

The Winter Warmers Keeping Us Warm this Winter

All the things we Loved this month [September 2018]