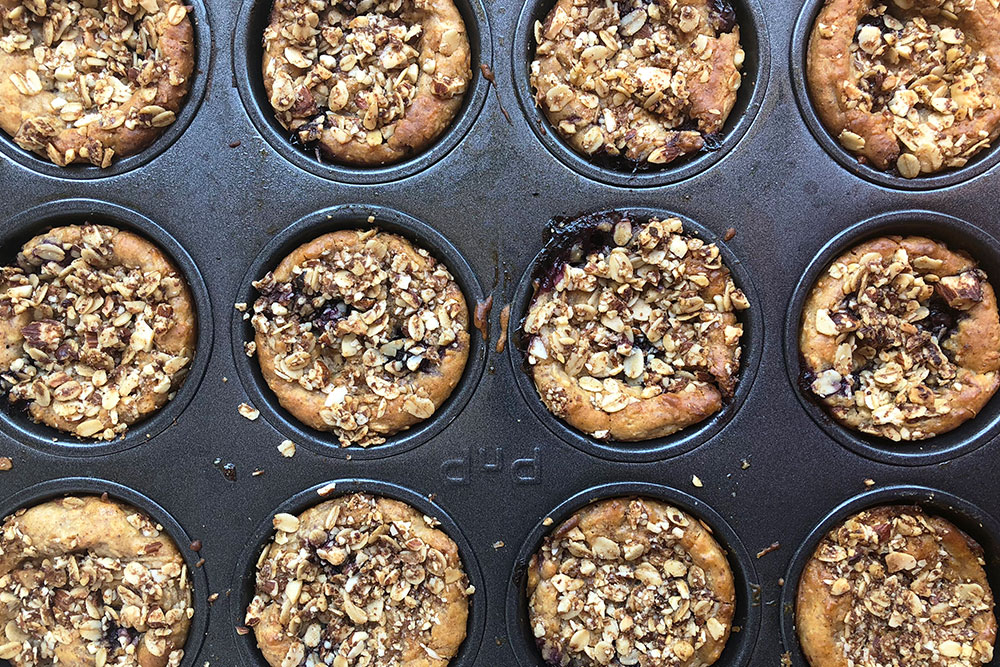 I hate wasting food, and so last week when I picked up a vegan yogurt made with nuts that I didn’t like the taste of, I decided to use it for baking. The texture of said vegan yogurt was exactly like real yogurt, so I figured adding it into a breakfast style muffin with other flavours would mute what I didn’t like (the taste) and highlight what I did (the consistency). As I was already using a vegan yogurt, I decided to make the muffins vegan too.

They’re a hearty muffin, but the yogurt along with grated apples and blueberries ensures that they’re not dry. They’re also topped with a nutty streusel, because streusel is to muffins what frosting is to cake.

It wasn’t a recipe I was originally going to share, as it was more of a happy accident than a planned recipe, but I was asked to share it after sharing a picture of the muffins on our instagram stories, and so here it is.

I’ve also included some substitution tips at the bottom of the recipe if you want it to be nut free or vegetarian instead of vegan.

Streusel is to muffins what frosting is to cake 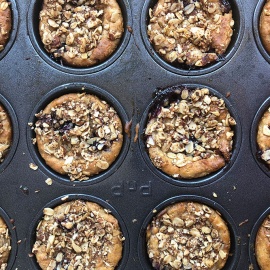 Do Acupressure Mats work? I tried one