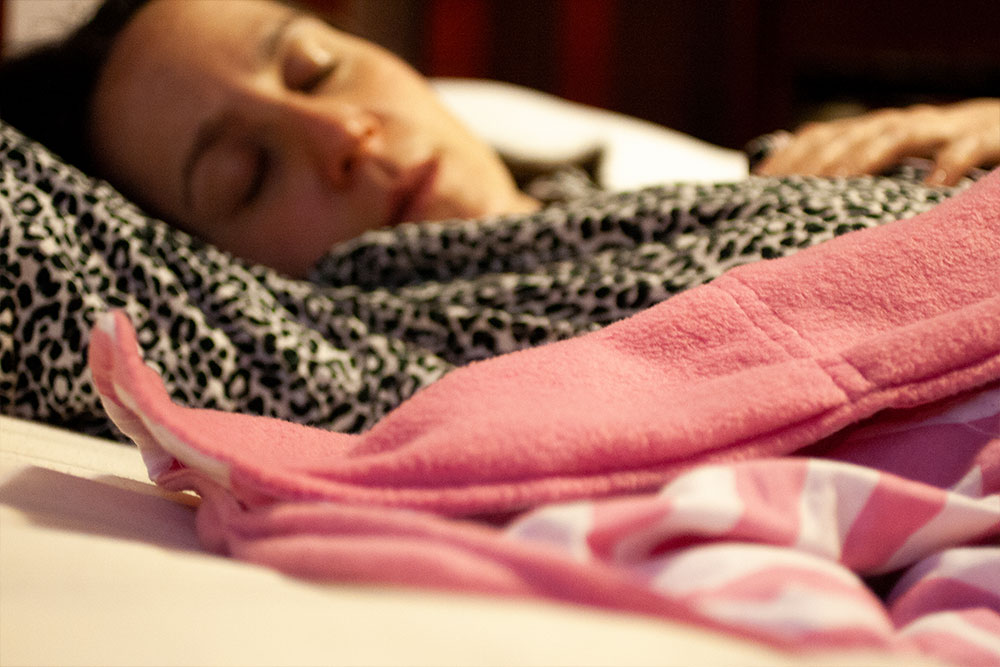 It feels like I’m being hugged and yet I am alone in bed. I’m under pink and white chevron patterned blanket that’s kilos heavier than your average duvet. 5kg to be exact. It’s called a weighted blanket and was made specifically for me by a local company called Pretty Special.

Though weighted blankets have been around for some 20 years, they’ve only recently gained popularity. Weighted blankets have become a popular tool for those with autism, ADHD, anxiety and insomnia due to the Deep Pressure Touch Effect they create. According to the Journal of Child and Adolescent Psychopharmacology,  “Deep touch pressure is the type of surface pressure that is exerted in most types of firm touching, holding, stroking, petting of animals, or swaddling.” When someone hugs you, that physical contact produces an effect that calms the parasympathetic nervous system. When you’re upset or anxious and receive a genuine hug, you can literally feel yourself calming down, and that’s the same effect a weighted blanket sets out to do.

The benefits of a weighted blanket include;

1. Helping calm you – the pressure from the blanket known as deep pressure touch releases serotonin in the body. Serotonin is a chemical that promotes relaxation; thereby calming you.

2. Encourage better sleep – weighted blankets imitate the feeling of being swaddled in bed. There’s a reason babies are swaddled when going to sleep, it creates a warm and safe cocoon. Making it easier for your to body relax and for you to fall asleep faster and sleep deeper.

3. Reduce stress and anxiety – The feeling of being hugged releases serotonin. Serotonin is needed to release melatonin, the sleep hormone which signals to your body it’s sleeping time. That helps reduce anxiety and stress.

4. Ease Pain – weighted blankets trigger the release of oxytocin. Oxytocin is a hormone that slows down your heart rate, reduces blood pressure, and promotes feelings of relaxation. This causes a chain reaction in the body which can amongst other things reduce pain. 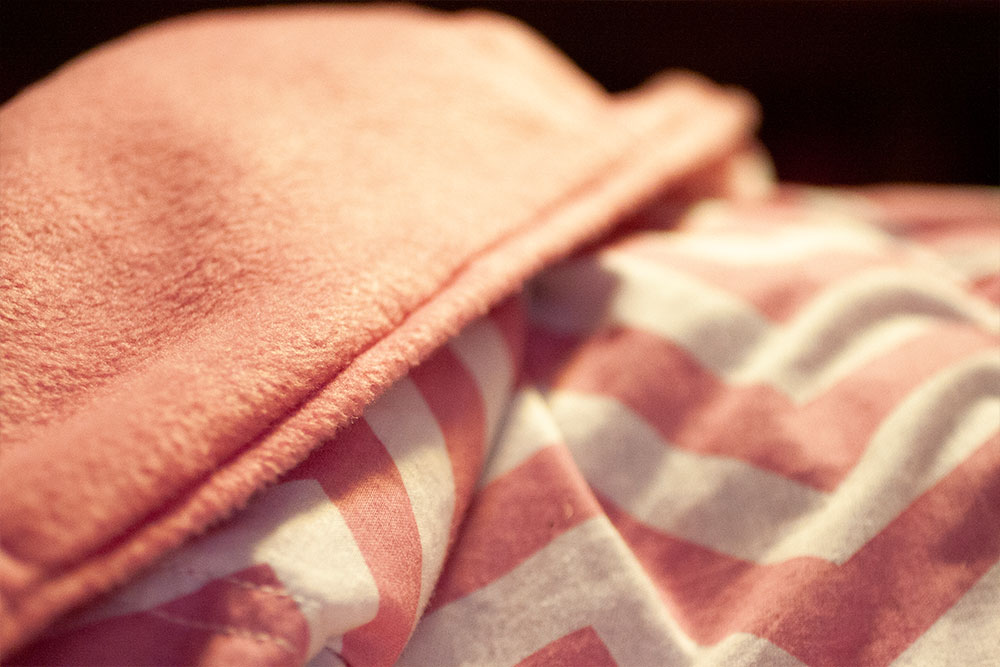 My interest in weighted blankets largely came down to their ability to help you fall asleep faster and encourage a deeper more restful sleep. I am a restless sleeper. By restless I mean I wake most morning to find my duvet and sheets in knots and pillows scattered. I’m also for the most part a light sleeper. And like many, I find that when my head hits the pillow, it’s suddenly whirring with to-do lists, things I should’ve done but didn’t, and a multitude of anxious thoughts that won’t switch off long enough to fall asleep.

Weighted Blankets are hard to come by in South Africa and Pretty Special is one of the only companies making them here. Pretty Special was started by couple Rene and Eugiene Carr. At the age of 7, their eldest son Ethan was diagnosed with ADD and later entered the Asperger’s spectrum. Deep Touch Pressure therapy has been useful to him and wanting to share those benefits with others, Rene pushed to start Pretty Special. Along with weighted blankets they manufacture and sell other therapeutic products like weighted vests and weighted wraps.

Each weighted blanket is made to order. This is because there is no standard weight for them. Weighted blankets should be 10-12 percent of your body weight. Weighted Blankets are also normally made to size, they’re not full-sized blankets and won’t replace your current duvet. Eugiene explained that the reason for this is that the more pressure there is on the user directly, the better the results, as the pressure is concentrated on the body, making full use of the Deep Touch Pressure principle. The more “extra” blanket there is, the more chance there is of unevenly distributed weight off the body and a greater chance of the blanket falling off the sides of the bed.

Pretty Special weighted blankets are made from 100% pure cotton and get their weight from Poly-Pellets. Poly-pellets are polyethylene balls. Polyethylene is a raw material which is non-toxic and is completely safe and non-allergenic.

I received my weighted blanket within 10 days of sending in my details. Despite knowing it was a weighted blanket, the heaviness surprised me. It is pink and white chevron patterned on one side and has a soft pink fleece like material on the other side. You can choose the pattern and colour. You can opt for cotton on both sides for a cooler option, but I love the softness of the fluff as I like to call it. The polly pellets move around and it feels almost like a bean bag in a blanket form.

I don’t recall how long it took me to fall asleep the first night, all I know is that I awoke the next morning in the same position with the bottom of my duvet still perfectly tucked in. It appears I had not moved during sleep. A first for me.

It’s been over a month, and I can’t see myself sleeping without it anytime soon. I love the feeling it gives you as you climb into bed – literally like a warm hug. While there have been nights where I’ve struggled to fall asleep and nights where I have woken up in the middle of the night, overall, I’ve slept better and deeper since using it. I’ve become used to the weight, but it still takes me a little longer to push it off me and get out of it’s warm embrace in the morning.

What’s surprised me about my weighted blanket, was how delightful it feels when my body is feeling the effects of long hard workouts. The weight gives me a similar feeling to compression tights – that soothing almost massage like pressure that makes a tired body feel good and less restless. It turns out it’s good for recovery. I’ve also used it for power naps, and I swear I fall asleep faster and nap deeper which makes them actual power naps and not short sleeps.

I read an article in which the author opened the conversation around self-care versus institutional care. Why we’re seeking our own solutions instead of going traditional medical routes. I think a lot of that has to do with the abundance of information and products we now have at our fingertips. It easier now than ever before to educate ourselves on health concerns and remedies. The growth of the wellness industry means that both ancient and modern remedies have become more accessible. The author described a weighted blanket as a band-aid not a cure. It didn’t cure his anxiety, he said, but it gave him control over it. I think that’s an important thing to consider when choosing products – are they cures or tools?

I may wake up and still have to deal with anxiety at points during my day, but a weighted blanket gives me the chance to feel calmer and more relaxed when I get into bed. It allows me to have a better night’s sleep. I may wake up the next day with stiff legs after a hard race, but a weighted blanket puts pressure on my legs and helps them settle so I can sleep. When a therapist uses deep pressure touch on an anxious child to calm them, it doesn’t remove the anxiety permanently, but it allows that child to be calm in that moment. That’s what a weighted blanket does. It allows you to feel like you’re in a big warm embrace.

A weighted blanket is a tool. But it’s a therapeutic tool that’s been shown to work for decades for a host of different issues. In my experience, it lives up to the hype. 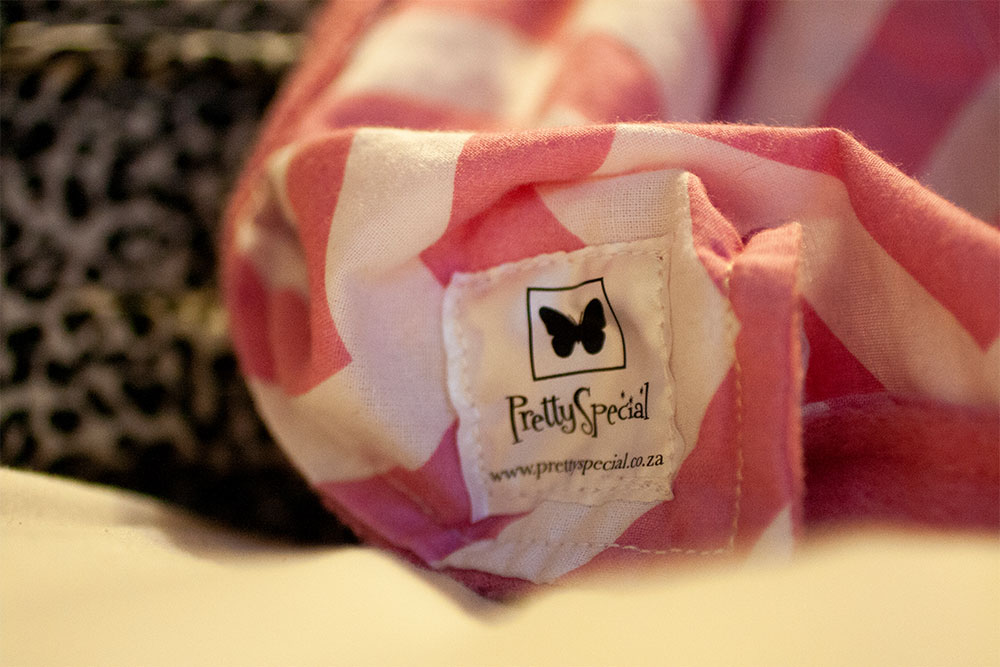 *The weighted blanket was provided by Pretty Special. Pretty Special did not review nor approve this piece prior to publishing. All opinions are our own.

Ask The Expert: Are Yoni Eggs Bad for you?

What We Can Learn About Wellness From The Goop Lab

A Guide to Your Best Sleep