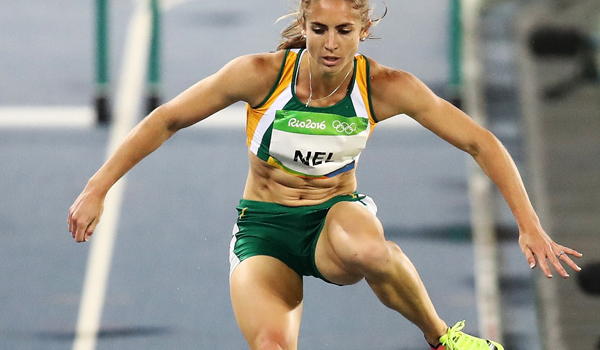 A top South African female hurdler, Wenda Nel specialises in the 400m hurdles and has consistently improved over the last year. Prior to Rio, she ran 6 out of 9 races sub 55 (that’s under 55 seconds for 400m hurdles) and upped her position in the Diamond League Competition.

Her Olympic dream, which began when she was little, became a realistic goal to work towards in 2010. She reached it

this year. Even though she only made it to the semi-finals of her event, Wenda Nel has nothing but good memories from the 2016 Rio Olympic games.

“The fact that I was able to become an Olympian was an exciting experience on its own. To compete among the world’s best is an unforgettable memory. To have had an amazing support team (family and friends) in Rio with me made my trip even more exciting!”

To prep for the biggest event in her athletic career, Wenda stuck to a rigid training schedule which included 60-90 minutes of gym work in the morning and 2-3 hours of track training in the afternoons.

She trains at the HPC centre in Pretoria which she credits for a lot of the support she received in getting to Rio
“They [the HPC] support me a lot and all the services that they provide aid in making training and achieving my goals easier.”

She also spent time training with Danish hurdler and silver medalist Sara Petersen, who became a close friend and gave her the confidence that she was on par with international athletes.

“We were not just training partners but became good friends as well. We both gained from training together and learned a lot from each other’s programs and way of training. I’ve realised that I can easily think international athletes do more or better things in training, but we are well on track as well”.

Wenda is also training to become a nutritionist. Part of her training program involved maintaining a careful diet, with a small allowance made for her favourite meal – her mom’s pasta.

“I am a Dietitian so it is quite important for me to link my nutrition with my sport. I believe in a balanced diet, getting in all the different food groups and I do try and stick to my specific diet routine.”

Getting to Rio was not without sacrifices and Wenda lists missing out on important family gatherings, vacations and birthdays as some of them. 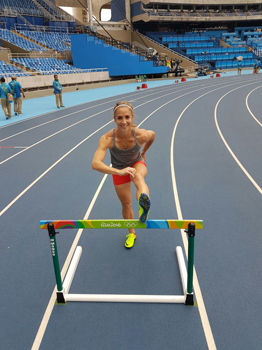 She walked away from Rio with a 55.83 finish time in the Women’s 400m semi-final, (off her personal best time of 54.37), but left with valuable lessons and a stronger passion for sport.

“Just to have been able to participate in the Olympic Games was already a dream come true. I had fun on the track. My heat went quite smooth and I was confident for the semi-final. As with life, sport also teaches one a lot of lessons. I messed up in my semi-final which didn’t allow me to compete in the finals. But I believe I’ve learned a lot no matter the outcome. The fact that I didn’t achieve the goal of running in the final; my love and enjoyment for my sport is now burning even greater. Being an Olympian is a moment I will cherish forever.”

Now that the games are over and she’s back home, you can expect Wenda Nel to be relaxing at home with her husband, friends and family while she plots her next move.