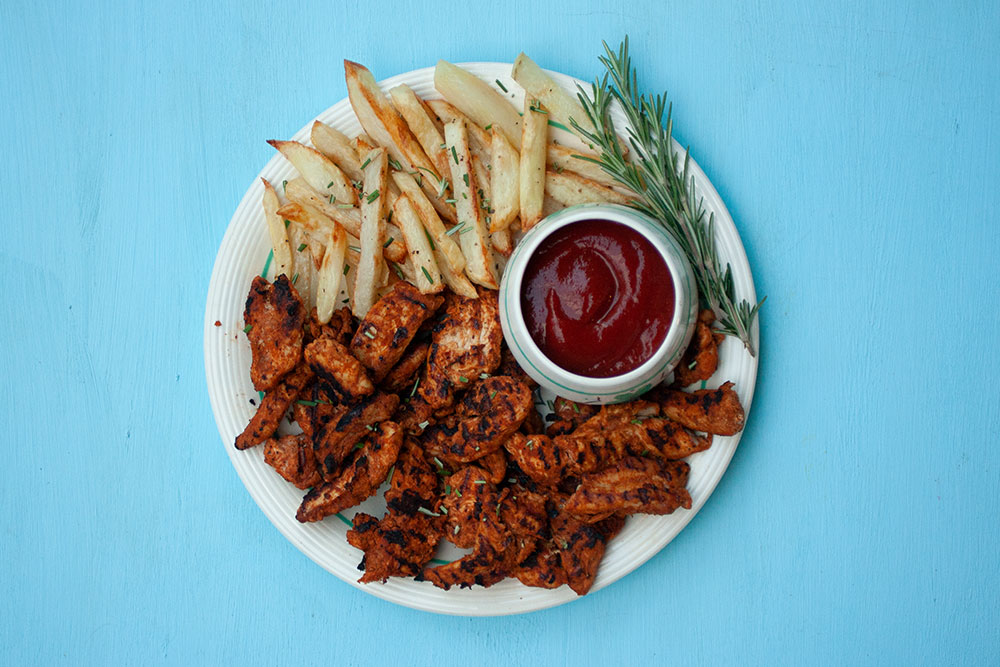 Buying a whole chicken instead of pieces is not only more cost effective, it allows you to break it down and create multiple meals that are completely different from one another.

This is how I use a whole chicken for multiple meals, store it safely and easily for later use, plus an easy recipe for shawarma spiced chicken tenders. 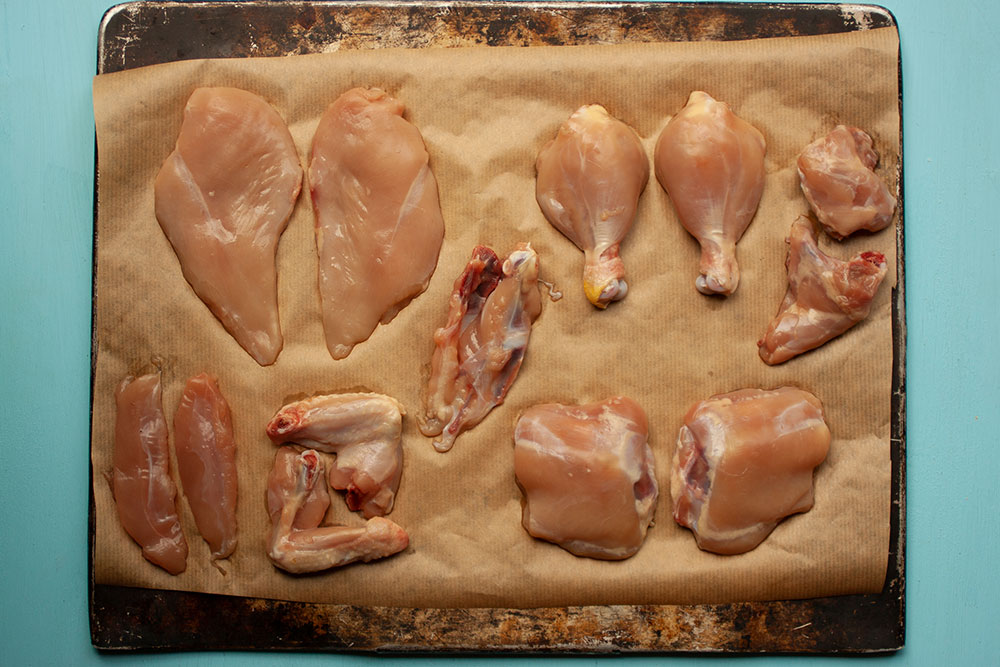 The only time I like keeping the skin on is when I’m roasting a whole chicken. When I’m using portions, I prefer the skin off, it makes it easier to portion and most often the skin isn’t eaten anyway. The only part of the chicken that I keep the skin on, is the wings (which I use for broth). You can keep the skin to use when making a chicken broth. I tend to throw it out and it is the only part of the chicken that I don’t use.

Cut Your Chicken into Portions

I found that using a good kitchen scissors is a lot easier than using a knife to portion your chicken.

I portion my chicken as follows

2 cutlets – You’ll find these little strips under the breasts by the bone, I slide my finger under the bone connecting the two breasts, separate the cutlet from the breast and slice it off.

Misc.  The innards and any bones removed from the portions.

Storing and Cooking the Portions

I generally only cook what will be eaten and then store the rest for later use. You can always cook more if you want to make double for leftovers or if you’re food prepping.

I store pieces in groups that get used together and use a combination of Ziplocks and glad wrap. It’s safe to store raw chicken in the freezer for up to 9 months. Always label the Ziplock with the date you stored it, so you know what to use first.

Full Pieces: I store full pieces together – the pieces (like drumsticks, thighs etc.), which I’ll use later for another meal. You can individually wrap them in glad wrap (do this if you cook single portions so you can easily pull out just one piece) or pack them all together in one Ziplock. For the best storing and defrosting, place them flat in a Ziploc and freeze flat. This will help you store neater (and create space) and allow it to defrost faster.

Cutlets: A trick I learnt (thank you Instagram stories), is to save cutlets until you have a decent amount to make chicken schnitzel or chicken strips. You get 2 cutlets per chicken so depending on how much chicken you’re eating it can take a while to collect enough, but it’s worth it.  I wrap my two cutlets together in glad wrap and then add to a Ziplock. I keep adding little wrapped portions to the same Ziplock until there’s enough to make a meal from them.

Bones + wings: I store the bones and wings together in a Ziplock and when I have enough (about 3 chickens worth) I’ll use them to make a chicken broth. The bones would otherwise be thrown away, and they can make amazing broth. If you like the wings, then keep them for meals, but I find that the wings are often the last pieces to be eaten and often wasted. I avoid that by using them for a broth and once cooked, removing the meat and adding it to a broth bowl or chicken soup. 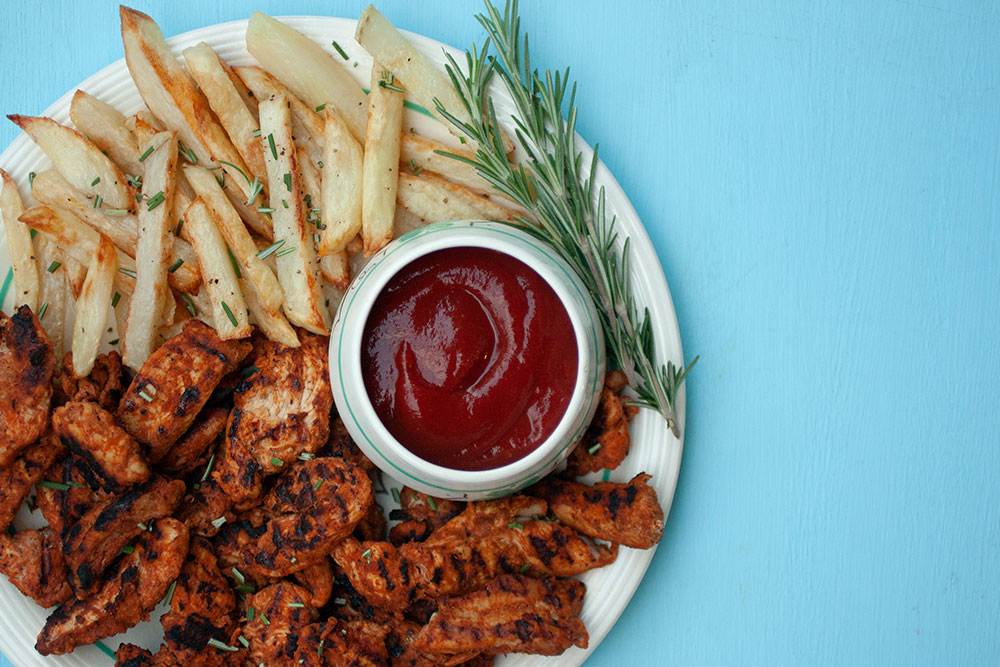 Add all the ingredients (except the cutlets) to a bowl and mix well. Coat the cutlets in the marinade well. Cover and refrigerate for one hour to marinade.

When the cutlets have marinated, heat up a grill / grill pan.

Grill chicken for 5 minutes on each side, until cooked through and slightly charred on the outside (you want nice grill marks)

Serve with a fresh salad and these perfect oven baked fries

Behind The Brand, My Story, People

Behind the Brand with Robyn Smith of Faithful to Nature