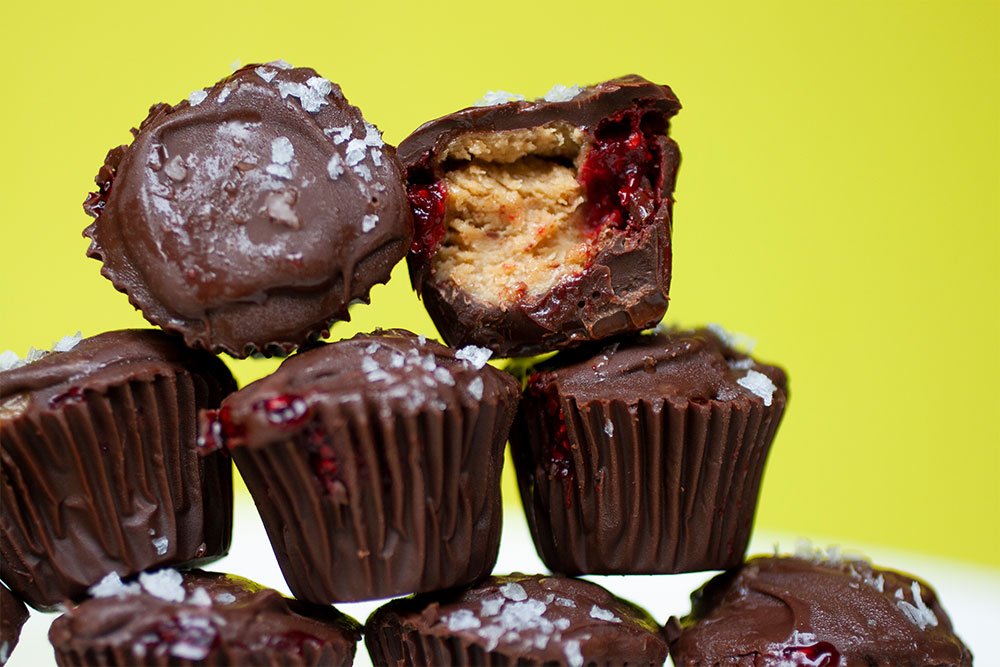 These cashew Raspberry Chocolate Cups have 3 elements as the name suggests;

Dark chocolate – which acts as the cup

Raspberry jam – for a little something tart

They do take some patience to make but aren’t difficult to master. Once you’ve tasted one, you’ll see that they’re worth every minute spent making them. They’re decadent and chocolaty and nutty and sweet and salty and tart and absolutely delicious. They’re a nut butter cup with a bang!

A few notes on the recipe before we get there:

Use a good quality chocolate – it makes or breaks these Cashew Raspberry Chocolate Cups. I like to use Lindt 52% or the 70% if I want something darker.

I use honey which means these aren’t vegan. To make them vegan you can use maple syrup instead.

The cashew butter can be swapped for any nut butter of your choosing. If the mixture is too drippy to shape into balls, put it into the fridge to harden for a bit.

When making the raspberry jam I was specific in not wanting to use chia seeds which is often used to make homemade raspberry jam and achieve that jammy thickness. I didn’t want that seedy texture, nor did I want to bite into a cup and get a seed stuck in a tooth. Instead I simmered the raspberries on low for close to 15 minutes, constantly stirring until they thickened. Once chilled they were perfectly jammy thick!

These are rich and as such I used teeny tiny cupcake liners. I suggest keeping them on the small size; but the amount the recipe yields is largely dependent on the size of the cupcake liners. To make sure you don’t run out of ingredients you can make the cashew butter balls first, see how many that yields and fill that many cups with chocolate. And have some extra chocolate on hand in case you run out! 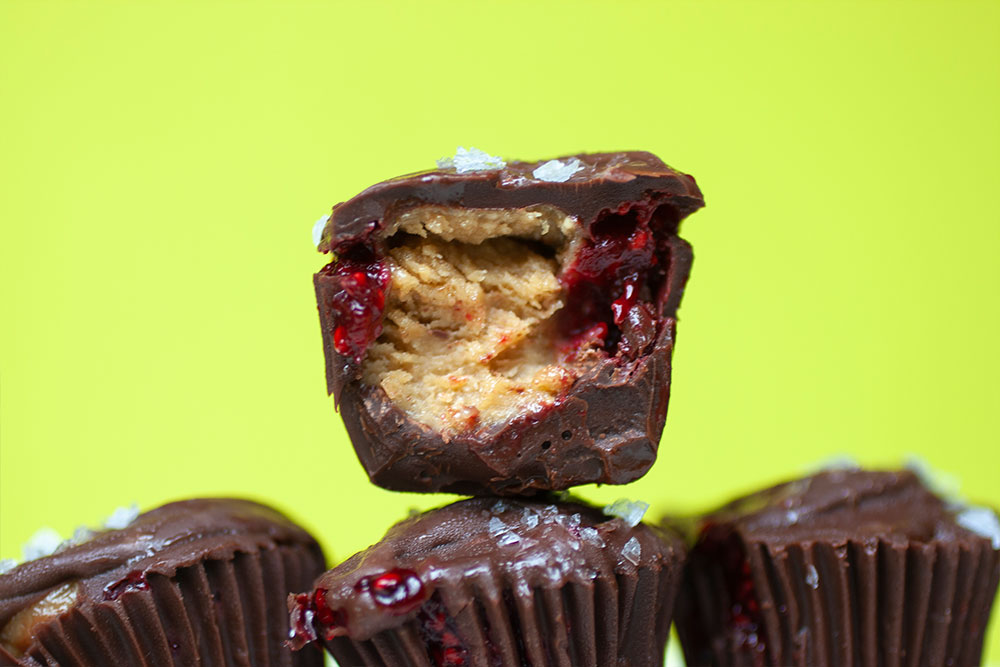 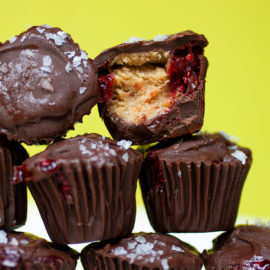 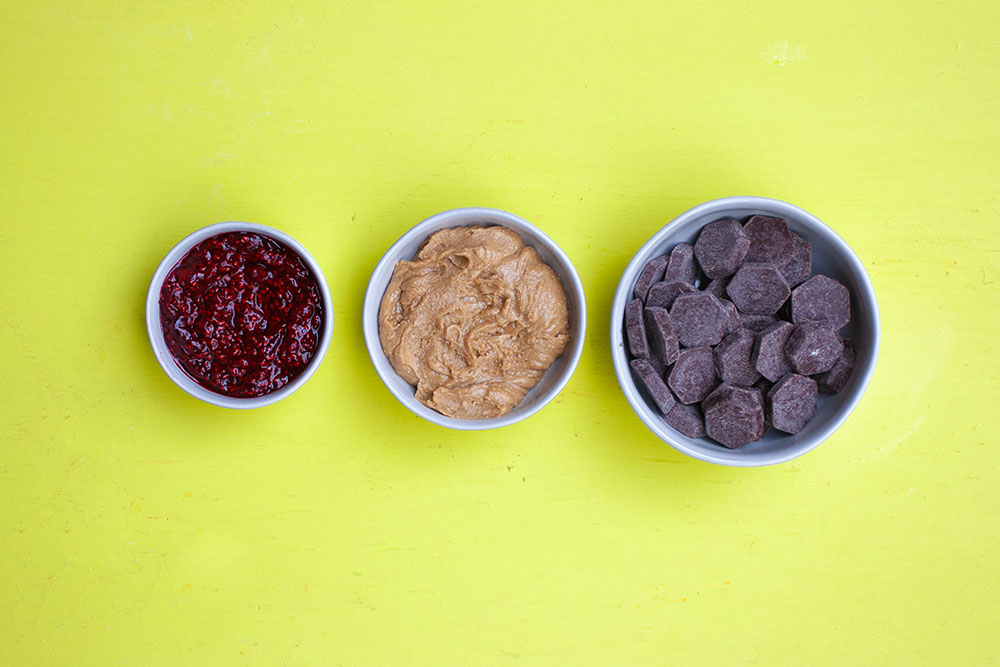