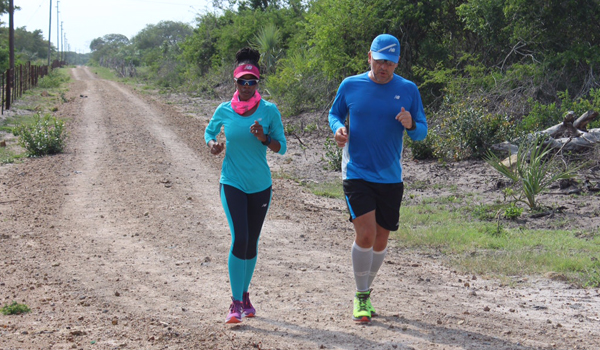 They saw a guy run the length of England and instead of observing, switching off and moving on with their lives, they used it to fuel their own idea.

Phindi wasn’t always a runner but when she met Kevin he got her into running. A few years later with multiple Comrades Marathon finishes to their names, the words ‘what next’ appeared on their minds.

They conceptualised a documentary called ‘Run KZN with Us’ and on the 30st of April 2016, Phindi and Kevin made history when they became the first people to run the length of KwaZulu-Natal. They ran a total of 900km non-stop for 30 days and at the end had gained more than their bodies gave.

Before embarking on their lofty idea, it was important that there was an underlying purpose to their Journey. With children being close to both of their hearts, they selected to undertake this adventure in aid of the LIV Village .

The LIV Village caters for orphans and abandoned children. They currently have 96 homes in which they cater for 160 children. They accommodate, educate and feed each child so that they are raised in a healthy environment and do this for only R1000 per month per child. Kevin and Phindi decided that Run KZN with us would at the very least need to raise enough to help support an additional 10 children for 1 year.

“Kevin played in a charity football match at the LIV village a few years ago. He did not fully understand the charity and the wonderful work being done there, but we re-visited the Village in December and after meeting the founder, Titch Smith and hear his vision of the village, it became evident that this would be the charity which we would raise money for.”